Indonesia asks Japan to invest in islands amid China standoff 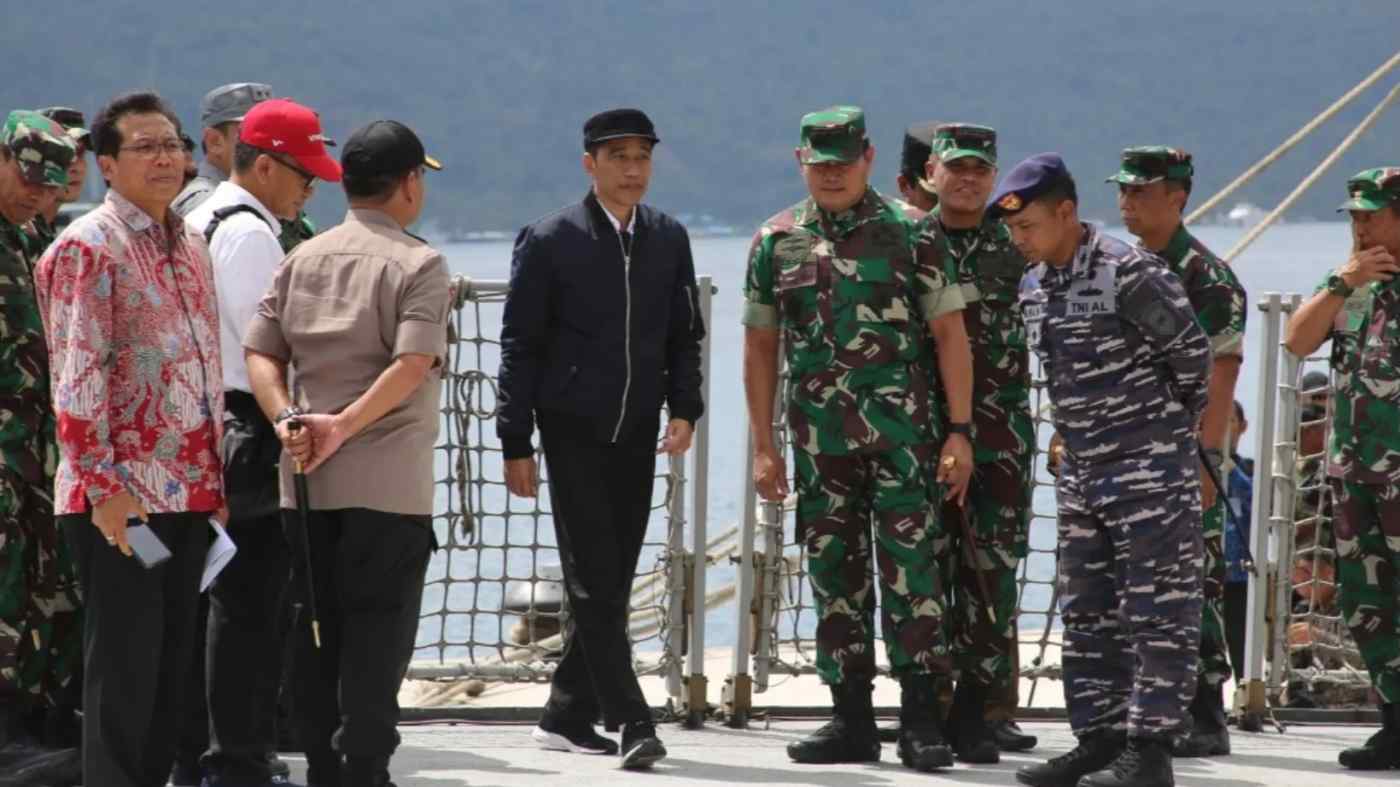 JAKARTA -- President Joko Widodo on Friday asked Japan to invest more in the Natuna Islands, a request that follows another standoff between Chinese and Indonesian vessels on waters near the South China Sea.

Widodo conveyed his request when receiving Japanese Foreign Minister Toshimitsu Motegi, who made his first official visit to Indonesia since being appointed to the position last year.

"I want to share my priorities for investment with Japan," the president said as he opened the meeting with Motegi at the presidential palace in Jakarta. "I want to invite Japan to invest in Natuna."

Fresh investments would add to an existing partnership through which the countries are developing a Natuna fisheries hub. Widodo said his wish is for Japan to "immediately" pitch funding for new development projects.

Motegi did not refer to China specifically, but said at a joint news conference with his Indonesian counterpart, Retno Marsudi, that both Japan and Indonesia "shared serious concerns" about forcefully trying to change the status quo in the South China Sea.

Japan in 2018 decided to provide Indonesia 2.5 billion yen to develop fishing ports on six islands, including the Natuna Islands. Motegi said the construction of ports and fish markets will begin in February this year.

Marsudi said Indonesia's proposed investments include fisheries and tourism projects around the Natuna Islands, where a military base opened in December 2018. Infrastructure and energy are other potential fields for inviting investment.

Jakarta has reiterated plans to accelerate Natuna development amid rising tensions with Beijing. The most recent standoff, which came last week, involved Chinese Coast Guard and fishing vessels as well as Indonesia's navy.

The body of water lies between Borneo Island and peninsular Malaysia; it is well south of China. The islands help extend Indonesia's exclusive economic zone into the southeastern parts of the South China Sea.

Widodo earlier this week vowed "no compromise" in regard to the maritime standoff with China, which insists upon what it calls the Nine Dash Line, essentially a claim over almost all of the South China Sea.

Marsudi has said Indonesia will never acknowledge the Nine Dash Line, which overlaps with Indonesia's EEZ in the Natuna Sea -- and that the country would defend its sovereignty in the area.

China says the waters north of the islands are part of its traditional fishing grounds. Last week it sent Coast Guard and fisheries patrol ships to escort dozens of fishing vessels to the area. Indonesia dispatched navy warships and jet fighters to the area in response.

Widodo on Wednesday visited Natuna and met with hundreds of local fishermen. "I am here to uphold law enforcement over our sovereign rights," he said, "over our natural resource wealth in the sea, in our exclusive economic zone."

Chinese and Indonesian officials say they remain committed to investment partnerships in Indonesia.