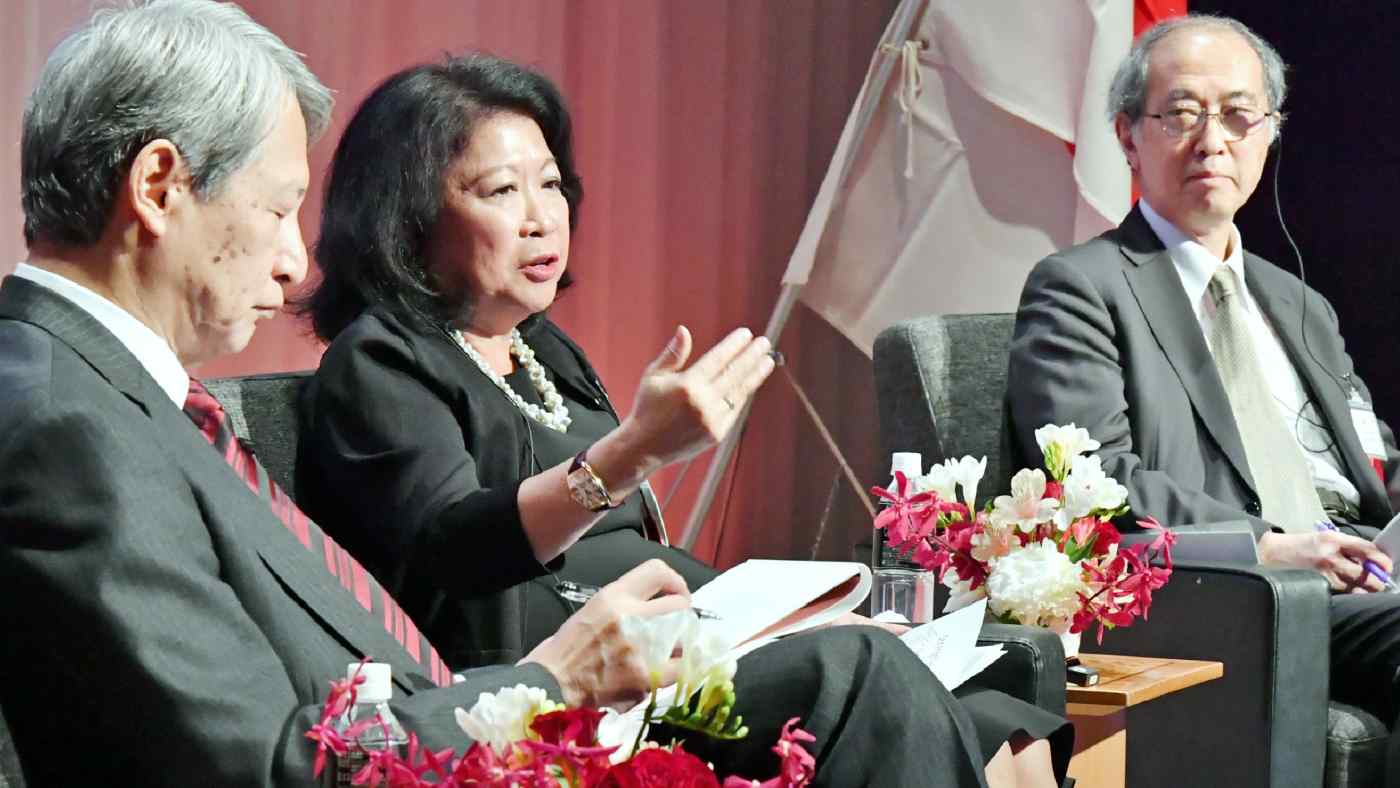 TOKYO -- Indonesia can play the role of a mediator to ease U.S.-China trade friction and other political and economic conflicts around the world, experts said at a seminar on Friday in Tokyo.

"All great powers need friends," Jusuf Wanandi, vice chairman of the board of trustees at the CSIS Foundation, a Jakarta-based think tank. "That is why we, as middle powers, also have a role to play," he added. He was speaking at a symposium commemorating the 60th anniversary of Japan-Indonesia diplomatic relations, organized by Nikkei Inc. and others.