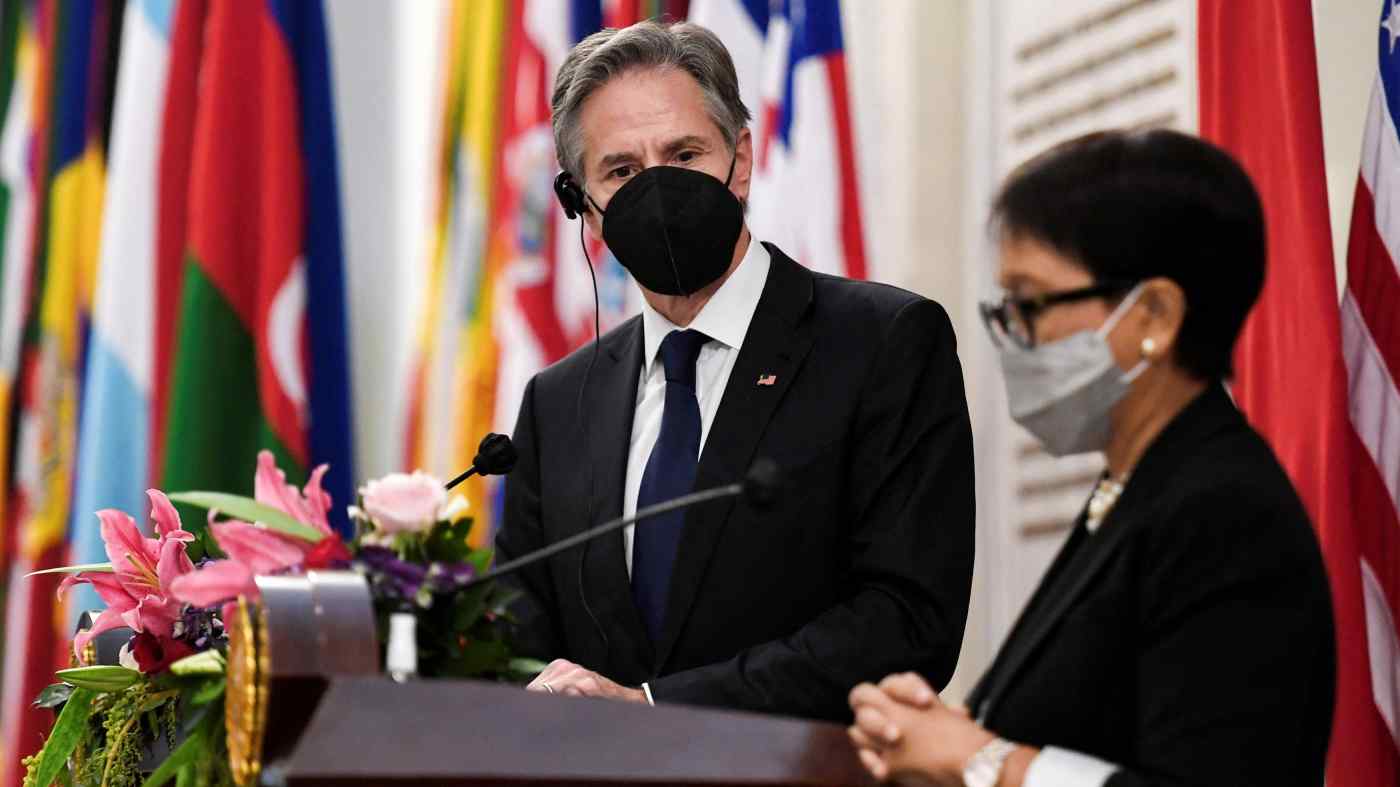 JAKARTA -- The U.S. Secretary of State Antony Blinken raised the possibility of Indonesia normalizing its diplomatic ties with Israel during his visit to the Southeast Asian country in mid-December, Indonesia's foreign ministry has confirmed.

Foreign ministry spokesperson Teuku Faizasyah told Nikkei Asia that the issue was raised during a meeting between Blinken and Retno Marsudi, Indonesia's foreign minister, during the former's two-day visit to the archipelago on Dec. 13 and 14.

Faizasyah added that during the meeting, Marsudi "conveyed Indonesia's consistent position towards Palestine that Indonesia will continue, with the Palestinian people, to fight for justice and independence."

Indonesia, the world's largest Muslim-majority country, has no official diplomatic relationship with Israel due to its support for the Palestinian cause.

The news of Blinken's comment was first reported by U.S. media outlet Axios. It said that the administration of U.S. President Joe Biden "is trying to build on the Trump-era Abraham Accords, and in this case, looking beyond the Middle East to the largest of the countries that don't recognize Israel."

The outlet added that U.S. and Israeli officials "have been discussing ways to expand the Abraham Accords in recent months, and Indonesia has come up in that context, according to the Israeli officials."

The Abraham Accords refers to agreements between Israel and four Muslim-majority countries -- the United Arab Emirates, Bahrain, Morocco and Sudan -- to normalize relations.

The administration of former U.S. President Donald Trump reportedly sought to broker a deal between Indonesia and Israel. Adam Boehler, CEO of the U.S. International Development Finance Corporation, said in an interview with Bloomberg in December last year that it could deploy even more capital into Indonesia should it establish formal relations with Israel.

Public support for Palestine also remains high in the country, with many taking to the streets when tensions between Israel and Palestine flared up in May.

The spokesperson of Prabowo Subianto, Indonesia's defence minister, had to issue a comment reaffirming the minister's commitment to the Palestinian cause when Subianto was pictured with an Israeli diplomat during a conference in Bahrain in November.