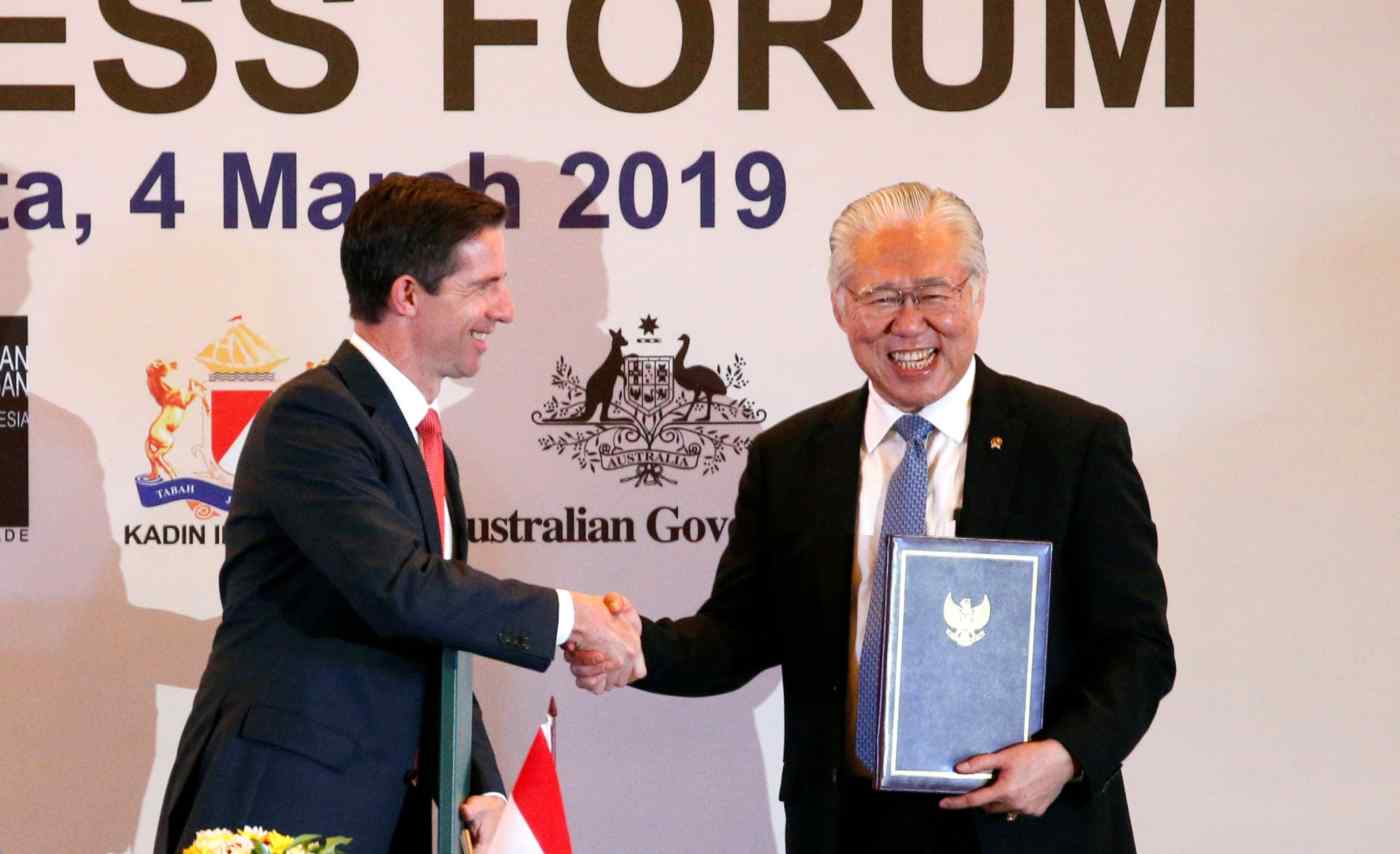 JAKARTA (Reuters) -- An Indonesia-Australia deal that eliminates most trade tariffs between the two nations and aims to open up investment, took effect on Sunday, Indonesia's Trade Ministry said.

The Indonesia-Australia Comprehensive Economic Partnership Agreement (IA-CEPA), signed last year and ratified by the Indonesia's parliament in February, aims to boost bilateral trade that was worth $7.8 billion in 2019.

"COVID-19 has resulted in economic slowdown in nearly all countries," Trade Minister Agus Suparmanto said in a statement. "IA-CEPA momentum can be used to maintaining Indonesian trade and improve competitiveness."

In a signing ceremony last year, the two countries said the pact would eliminate all Australian tariffs on imports from Indonesia, while 94% of Indonesian tariffs would be gradually removed.

Australia aims to boost exports including wheat, iron ore and dairy, while Indonesia hopes to increase automotive exports, textile and electronics. The deal opens up investment, including for Australian universities in Indonesia.

The ministry said in the statement it has issued three regulations to allow for implementation of the deal.