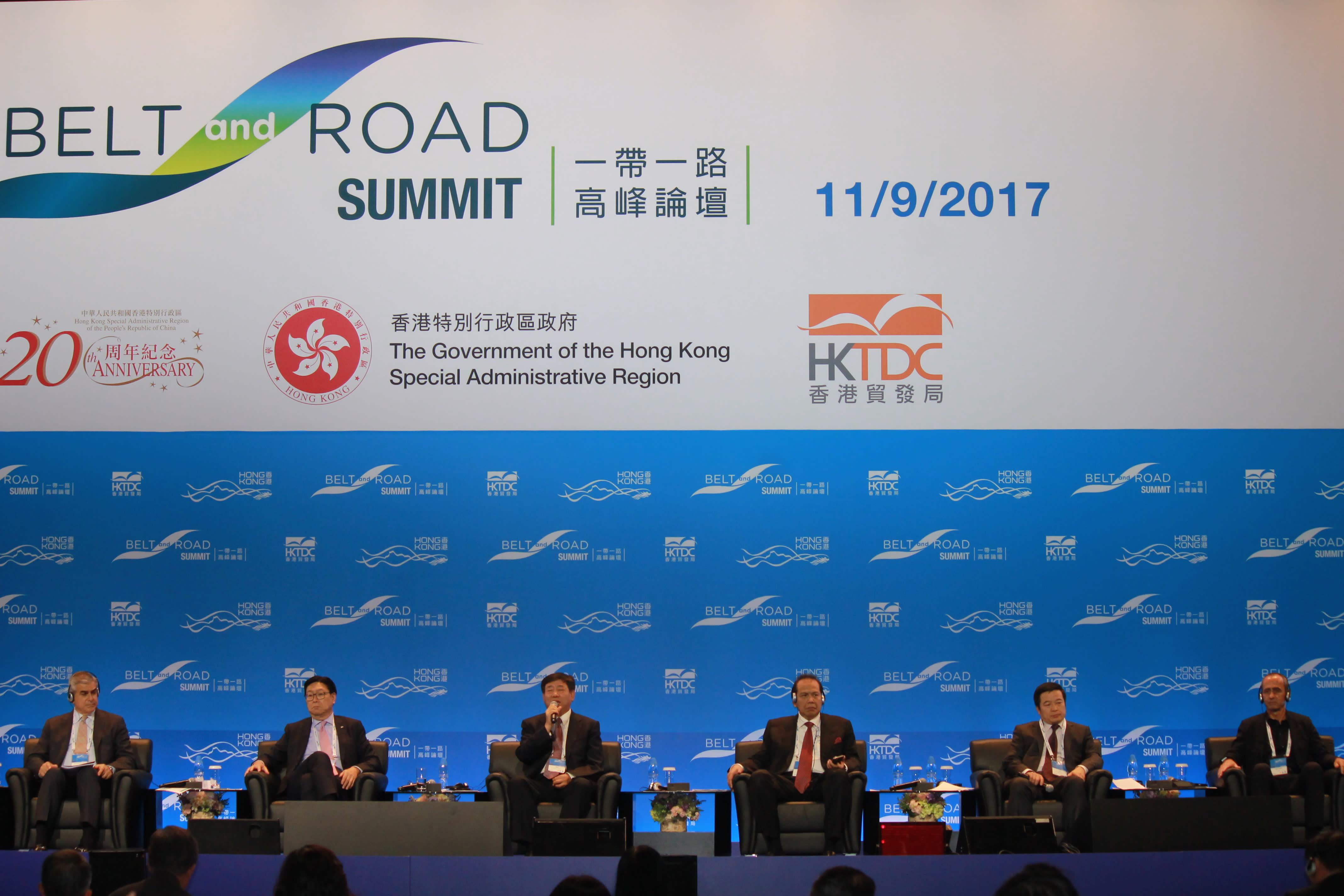 HONG KONG -- China's ambitious Belt and Road Initiative, which promises over $1 trillion in infrastructure and spans more than 60 counties, has been met with growing ambivalence among those who stand to benefit from the massive program.

A business leader from Indonesia on Monday told a forum sponsored by the Hong Kong government that the project would potentially bolster the development of Southeast Asian countries by providing much-needed financial aid. But the huge influx of Chinese money has also discomfited the local community.

"China now is very aggressive with its initiative One-Belt, One-Road to come to all countries, including the ASEAN," said Chairul Tanjung, chairman of Jakarta-based conglomerate CT Corp. "This is an opportunity, but sometimes, if you're too aggressive coming without enough socialization -- that will also make us [feel scared]."

Although China's master plan to resurrect the historic Silk Road linking Asia and Europe might help plug the infrastructure gap of Asia -- estimated at over $26 trillion through 2030, or roughly $1.7 trillion every year -- it is also widely viewed as a geopolitical apparatus aimed at achieving regional hegemony.

Myanmar, Sri Lanka, and Pakistan are among the countries along the trade corridor that have seen protests and oppositions against Chinese-financed projects in recent years. 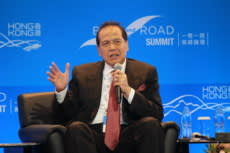 "What we need is more [communication] about your actual goal in coming to our countries," said Tanjung, the sixth-richest man in Indonesia with a net worth of $4.9 billion in 2016, according to U.S. magazine Forbes. Known for his close ties with the country's former president Susilo Bambang Yudhoyono and once a key government economic adviser, he has stayed out of politics since Joko Widodo came to power.

Under Widodo, direct investment from China tripled to a record $2.67 billion last year, making it the third-largest investor in Indonesia, behind Singapore and Japan, up from ninth place in 2016. But the influx of funds has prompted concerns that local workers are losing their jobs to imported Chinese labor, especially in the eastern island of Sulawesi, where Tanjung's company has a prominent presence.

"We need somebody to try to bridge the communication between mainland [Chinese] companies [and] Indonesia [for] things to happen [quickly] and smoothly," said Tanjung. He noted that one major challenge for the Belt and Road scheme to gain currency in Indonesia would be the country's past experience in working closely with Japan.

"Indonesia has been supported by [the] Japanese [for] already more than 14 years in [its] infrastructure development," explained Tanjung, pointing to the "differences" between Japanese and Chinese business practices as a significant obstacle that had to be overcome. He praised Singapore for being the "smarter" investor by virtue of its proximity to and understanding of Indonesia. Speaking on the same panel, Jaime Augusto Zobel de Ayala, chairman of Philippine conglomerate Ayala Corp., also said the employment issue would be a source of potential tension arising from the Belt and Road Initiative. "There is a need to assimilate and build trust with the local environment," he said, pointing to the large state-owned companies that normally win projects in the region.

"Making sure that there is employment given to the locals would be one way to ease the tension when it comes to large-scale projects," said Ayala.

"The political regimes of some Belt and Road countries have changed quickly," observed Wen Gang, vice president of state-owned China Communications Construction. "It's difficult to tell whether the next government will continue to pursue the projects nurtured by its predecessors. That makes a project, even being implemented, ridden with political risks."

The Beijing-based contractor has operations in 140 countries. Of its 730.8 billion yuan ($111 billion) in new contracts signed last year, about 31% came from overseas markets. Africa made up nearly half of the overseas tally, followed by 18% from Southeast Asia and 2% from Europe.

Frederick Ma Si Hang, chairman of MTR, Hong Kong's sole railway operator, was hesitant to suggest that the rail-plus-property model, which works very well in Hong Kong, could be reproduced in all Southeast Asian countries.

"I cannot say we can't do it, but I cannot say across the board we can do it either. It really depends on the individual situation," said Ma, noting that the company scrapped a railway project in Myanmar last year due to cultural challenges. "There are a lot of risks because the religious sector could tell you that you cannot build in certain sites. With that sort of uncertainty, we just cannot operate."

"It must have a very good legal framework for our sort of system to be successful in the ASEAN countries," said Ma.