Kishida and Xi send messages to Tokyo event, with parallel ceremony in Beijing 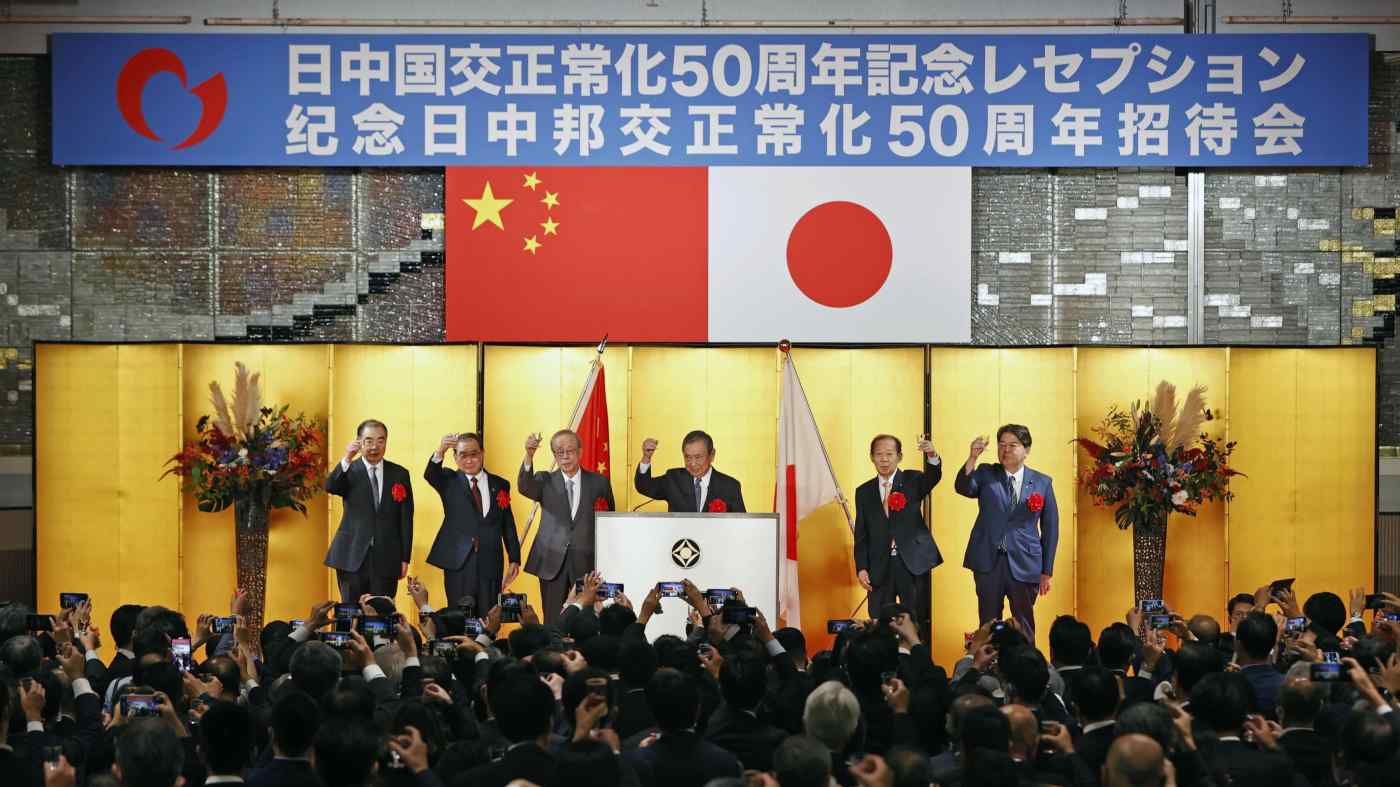 Messages from Chinese President Xi Jinping and Japanese Prime Minister Fumio Kishida were read out at this event in Tokyo on Sept. 29, marking the 50th anniversary of the normalization of ties.   © Kyodo
RIEKO MIKI, Nikkei staff writerSeptember 29, 2022 06:16 JSTUpdated on September 29, 2022 14:03 JST | Japan
CopyCopied

Xi told Kishida that he attached "great importance" to the development of relations, and that he was willing to work together to build ties that "meet the demands of a new era." Similarly, Kishida told Xi that although there are "many issues and challenges" in the relationship, he hopes to pave the way for a "new future."