Japan Inc. caught in dilemma in US decoupling campaign

Experts say there is a wide gap between government and business 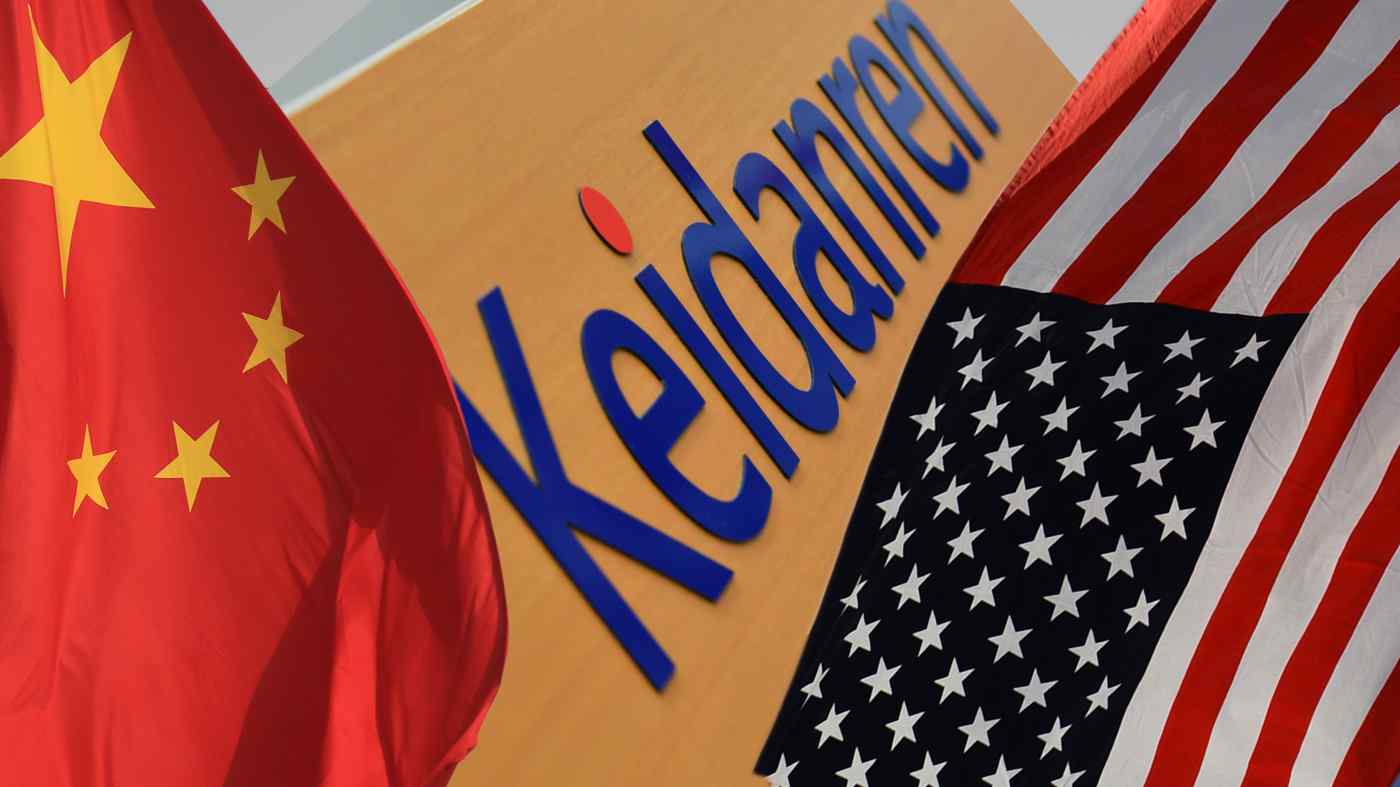 Japanese companies, including members of the Japan Business Federation (Keidanren), are struggling to work out how to deal with the U.S. and China amid the intensifying friction between the world's two biggest economies.
HISAO KODACHI, Nikkei staff writerOctober 10, 2020 13:15 JST | Japan
CopyCopied

TOKYO -- Japanese companies are increasingly mired in a widening economic division between the U.S. and China, driven by Washington's accelerating moves to shut out Chinese companies such as Huawei Technologies from the U.S. and other markets.

"We will be troubled if we are urged to choose between the U.S. and China," Chairman Hiroaki Nakanishi of the Japan Business Federation, the voice of big Japanese companies better known as Keidanren, said during an online press conference on Monday.

Japanese companies cannot avoid taking measures to cope with the U.S.'s moves, and the country is expected to toughen controls on exports involving products based on U.S. technologies and "sensitive" tech that could be converted to military applications.

When U.S. President Donald Trump slapped additional tariffs on Chinese imports two years ago, there was a view that the Sino-American trade war would not spill over to the other countries.

But the U.S. has rapidly reinforced economic security measures under the National Defense Authorization Act of 2019 and related laws, accelerating its economic decoupling from China and imposing pressure on the private sectors of its allies. Warning against the possible leak of information through joint studies with foreign parties, the U.S. government has called for its allies to increase security clearance personnel versed in both industry and economic security.

"Although Japanese companies are starting to consider how they should deal with China, it is difficult for them to become more committed to China," said Kengo Sakurada, chairman of the Japan Association of Corporate Executives or Keizai Doyukai.

When the U.S. Department of Commerce imposed restrictions on semiconductor exports to Huawei in September, Japan's Sony and Mitsubishi Electric were forced to stop some of their chip exports to the Chinese telecommunication equipment maker. In addition, Kioxia Holdings, formerly Toshiba Memory, put off its plan for an initial public offering, citing the uncertain effects of the U.S. move.

The Japanese business community is split over the question of economic security. While Yoshiyuki Kasai, honorary chairman of Central Japan Railway, who is close to former Prime Minister Shinzo Abe, has a stern view on China, the Keidanren's Nakanishi said, "I differ in opinion from Mr. Kasai because I believe Japan and China, separated by only a narrow strip of water, should get along."

Japanese industrial conglomerate Hitachi, where Nakanishi serves as executive chairman, logged 870 billion yen ($8.21 billion) in sales from its Chinese business in fiscal 2019, which ended in March -- figures which are comparable to its sales in Europe. The Chinese business generated sales of more than 1 trillion yen in fiscal 2018 in the absence of effects of the novel coronavirus pandemic.

Nissan Motor relied on China for 30% of all vehicle sales, on a par with its sales in the North American market.

So, how will the Japanese government and private sector will react to the U.S.-China decoupling?

Many business leaders say the current situation has prompted them to recall a scandal more than 30 years ago, involving Toshiba Machine's violation of rules set by the Coordinating Committee on Multilateral Export Controls (COCOM). During the Cold War, 17 countries, led by the U.S., Britain and France and including Japan, set up the committee to control the export of strategic materials and technology to the communist world.

COCOM even checked whether commercial products had dual uses and could be used for military purposes, and adopted a "commercial list" to restrict technology transfers to the communist bloc.

In 1987, Toshiba Machine, now Shibaura Machine, was raided by Tokyo police on suspicion of the illegal export of software for machine tools to the Soviet Union. The raid followed a notice to the Japanese government from the U.S. Department of Defense under the administration of President Ronald Reagan. The software was said to have enabled the Soviet Union to lower the propeller noise of its submarines, making it difficult for the U.S. Navy to follow them.

Yasuhiro Nakasone, then prime minister of Japan, called for the domestic industrial world to "admonish" itself to prevent a recurrence of the scandal. Officials urgently sent to Japan by the U.S. government visited Keidanren and urged it to toughen controls on exports. Eishiro Saito, the then chairman of Keidanren and chairman of Nippon Steel, took the initiative in working out countermeasures  to what he described as "excessive U.S. sanctions."

Japan revised the Foreign Exchange and Foreign Trade Control Law in an extraordinary session of the Diet, or parliament, in 1987 to toughen punishment against the violation of COCOM rules and put the revision in force in November of that year. Japanese companies adopted voluntary control measures on their own, such as Sony setting up a "COCOM affairs office" and Mitsubishi Electric a "headquarters for management of strategic materials."

In 2019, Japan amended the law again to classify publicly traded companies in accordance with whether they are involved in such issues as national defense and nuclear power generation and toughen control on foreign capital. But the Committee on Foreign Investment in the U.S., when it reviewed regulations under the Foreign Investment Risk Review Modernization Act in February, did not put Japan on its "whitelist" which exempts foreign companies from toughened scrutiny of investments in the U.S.. It is therefore mandatory for Japanese companies to be reviewed by the CFIUS when they plan to invest in key American technologies.

The decision by the CFIUS increased Japanese companies' awareness of the need for voluntary restraints in their business for the sake of economic security. In August, the U.S. Center for Strategic and International Studies, a Washington-based think tank, said in a report that "there is a wide gap between the view of the government and companies" on economic security.

As requested by Japan's ruling Liberal Democratic Party, Keidanren leaders visited the LDP's strategic headquarters on Aug. 26 to report how the business community is prepared regarding economic security. Keidanren's accounts elicited harsh critisicm from LDP lawmakers, one of whom said they ought to "work harder to protect the national interest," according to participants in the session.

The government and the LDP are growing more sensitive about the possible leak of classified information via business deals. But the business community wants to avoid sudden changes to their supply chains and having to exercise self-restraint in their operations.

The U.S. Securities and Exchange Commission is poised to introduce charges against corporate executives for the violation of fiduciary duties on the grounds of inadequate economic security. Moves to reinforce economic security are having far-reaching effects, even beyond the U.S., as Japanese companies with operating bases in America have to comply with standards set by the National Institute of Standards and Technology of the U.S.

There is a view that pressure for economic security will remain unchanged whether Donald Trump or Joe Biden wins the U.S. presidential election in November.

"The day will come when each Japanese company will have to address" the question of economic security, said Akio Mimura, chairman of the Japan Chamber of Commerce and Industry, adding that Japan can learn lessons from Australia.

Australia has strong economic ties with China while also attaching importance, like Japan, to its alliance with America. China is the biggest export market for Australia, with 36% of all Australian exports going to the world's second largest economy. Iron ore, natural gas and beef are the main products exported to China from Australia.

But Australia has banned the use of equipment from Huawei in its 5G high-speed mobile networks because it is a member of Five Eyes, an intelligence alliance that also includes Canada, New Zealand, the U.K., and the U.S.

Friction has emerged recently between Australia and China, which launched an anti-dumping investigation into imported Australian wines. Canberra appears to have opted for a tough road, with difficult challenges ahead in finding alternatives to the Chinese market.

For Japanese companies, while they stress the importance of the Japan-U.S. alliance, many want to keep China as a business partner. But the point where they might have to choose between the U.S. and China is getting closer.

With the business community unable to act on its own, it needs to find a way of going forward hand-in-hand with the government.