Makes ritual donation out of his own pocket 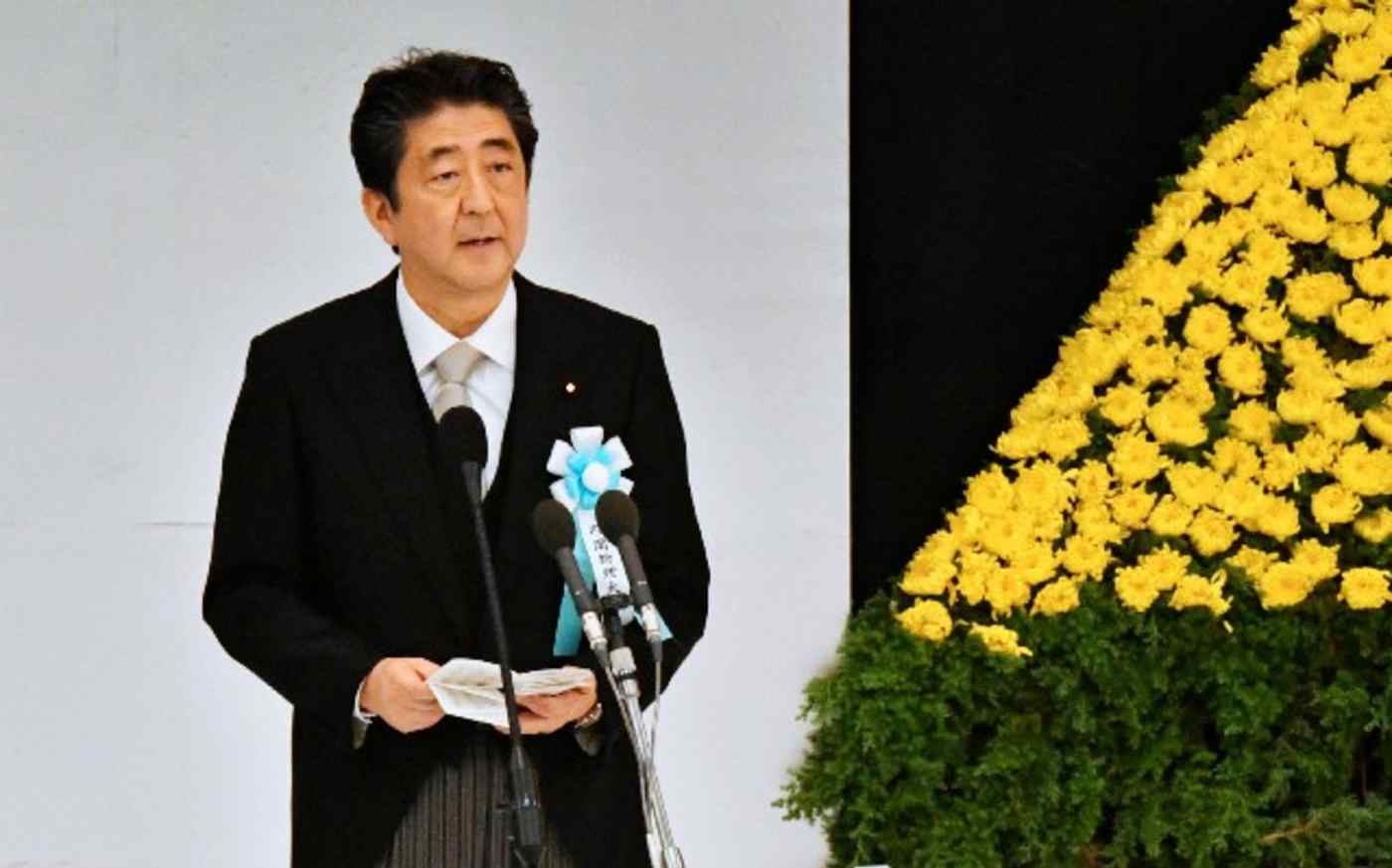 TOKYO (Kyodo) -- Prime Minister Shinzo Abe sent a ritual donation to the Yasukuni Shrine dedicated to Japan's war dead on Wednesday as the country marked the anniversary of the end of World War II, but he refrained from visiting in person for the sixth consecutive year.

By again forgoing a visit for the anniversary, the prime minister is apparently attempting to walk the line between appealing to his conservative base while avoiding protests from countries like China and South Korea that suffered under Japan's wartime brutality and view the shrine as a symbol of its past militarism.

Reactions from China and South Korea were restrained, with Chinese Foreign Ministry spokesman Lu Kang saying he is "paying attention" to the fact that Abe sent a ritual offering to the war-linked shrine while also noting that no Cabinet ministers visited the facility.

Abe made the monetary offering out of his own pocket and in his capacity as the leader of the Liberal Democratic Party rather than as prime minister, according to Masahiko Shibayama, the LDP's special adviser to Abe who visited Yasukuni on his behalf.

"I was told (by the prime minister) that he regrets not being able to visit the shrine and was asked to pray for the souls of our predecessors," Shibayama told reporters.

Since taking office for the second time in late 2012, Abe has only visited the controversial shrine once, in December 2013, sparking an outcry from Asian neighbors and also leading the United States, Japan's close ally, to express disappointment.

The war anniversary comes on the back of a recent thaw in Japan-China relations that have been marred by disputes over territory and history.

The Japanese government hopes Abe will make a trip to China later this year and subsequently for Chinese President Xi Jinping to visit Japan for the first time since assuming his post.

Japan also hopes to step up cooperation with South Korea in dealing with North Korea's nuclear and missile issues.

In line with Abe's decision, no Cabinet ministers visited the shrine on the anniversary for the second consecutive year.

Also among the visitors were former Defense Minister Tomomi Inada and Shinjiro Koizumi, a rising star in the LDP and the son of former popular Prime Minister Junichiro Koizumi.