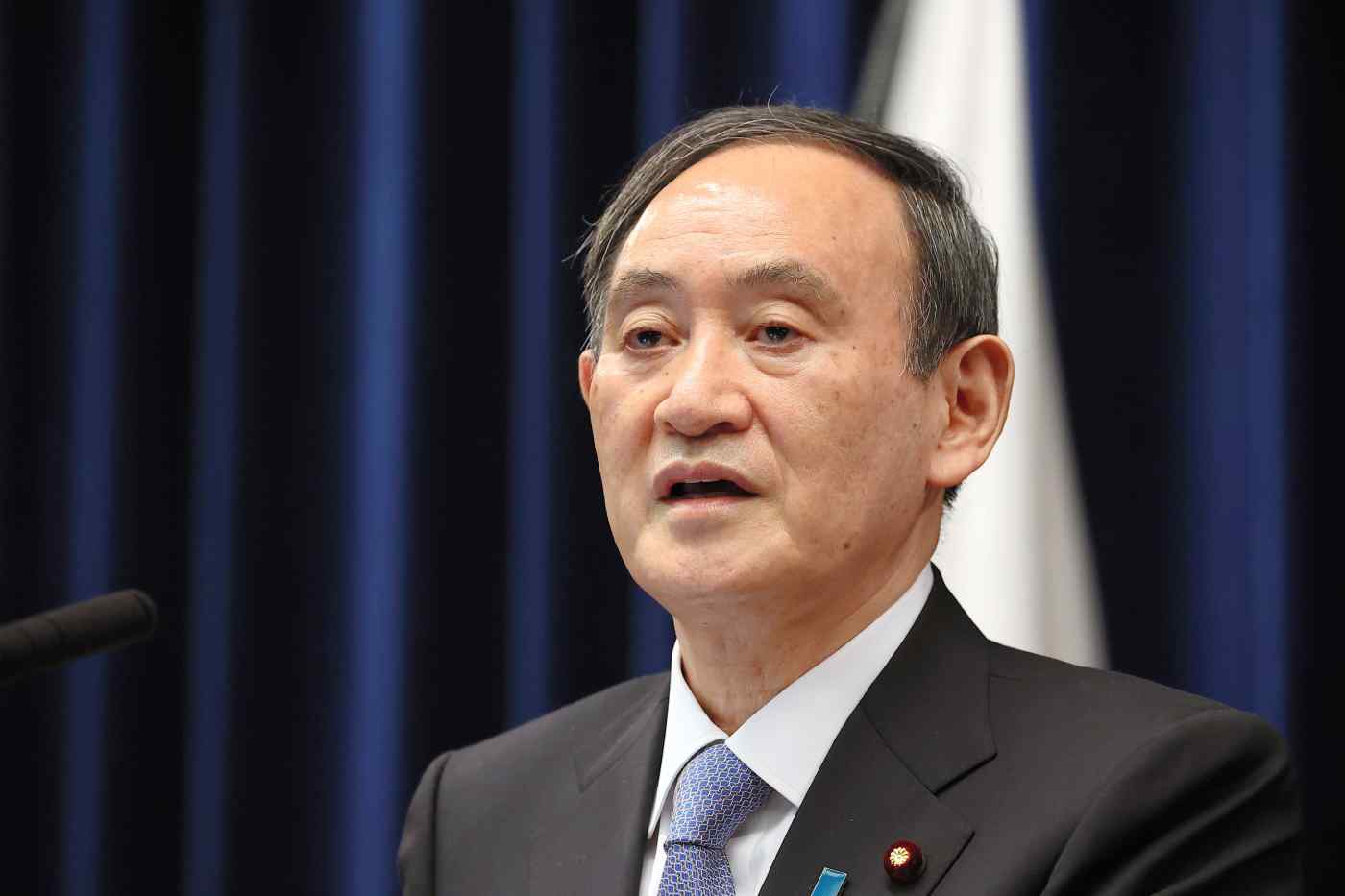 TOKYO (Kyodo) -- Prime Minister Yoshihide Suga has canceled a planned visit to India and the Philippines during Japan's Golden Week holiday period starting from late April as he needs to address a resurgence of coronavirus infections in the country, Chief Cabinet Secretary Katsunobu Kato said Wednesday.

The trip, which had been scheduled during the period through early May, was intended to reaffirm Japan's cooperation with the two countries in achieving a free and open Indo-Pacific, as they look to counter China's military buildup and growing assertiveness in the region.

In India, Suga was expected to meet with Prime Minister Narendra Modi for the first time in person and discuss the promotion of cooperation on economic and security issues, ranging from infrastructure building to outer space and cybersecurity.

Through the meeting with Modi, Suga also planned to solidify a security framework consisting of Japan, India, Australia and the United States -- collectively known as the Quad -- seen as a counterweight to China's growing clout in the region, according to government sources.

Japan and India have also decided to postpone their foreign and defense ministerial talks scheduled this weekend in Tokyo due to a rapid increase in coronavirus cases in India.

Suga's visit to the Philippines was aimed at marking the 65th anniversary of the normalization of diplomatic relations between the two countries.

The recent spikes in coronavirus cases in Japan have put a heavy strain on the medical systems in some areas, leading the government to consider imposing another state of emergency in Tokyo as well as Osaka and Hyogo prefectures.