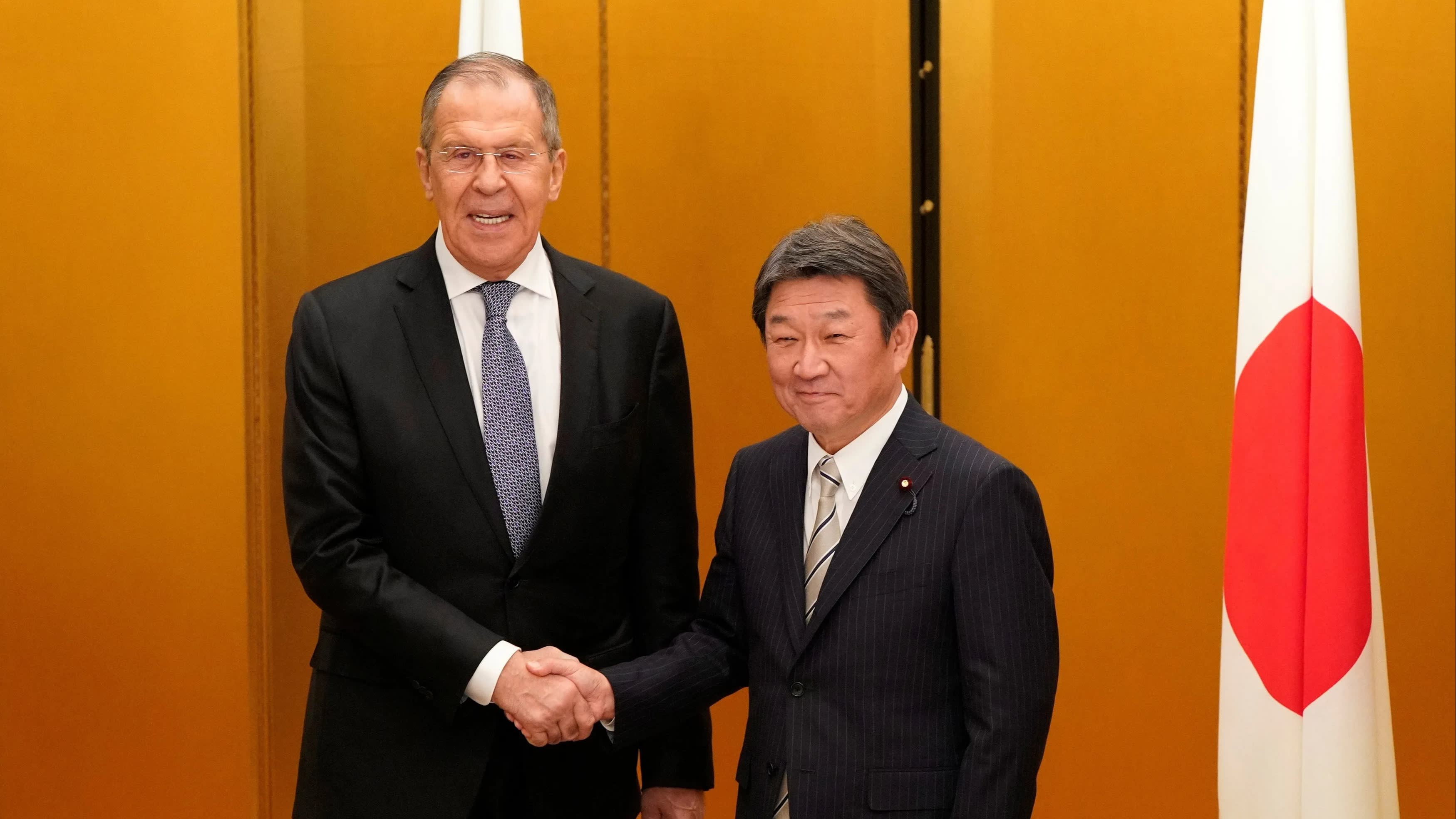 NAGOYA (Kyodo) -- The foreign ministers of Japan and Russia agreed Friday to begin joint economic projects on a group of disputed islands in earnest next year as a step toward signing a postwar peace treaty.

Meeting on the sidelines of a ministerial gathering of the Group of 20 major economies in Nagoya, Toshimitsu Motegi and Sergey Lavrov agreed to continue discussions in mid-December in Moscow, Japan's Foreign Ministry said.

The dispute over the sovereignty of the four islands off Hokkaido, called the Northern Territories in Japan and the Southern Kurils in Russia, has prevented the countries from signing a formal peace treaty more than 70 years after the end of World War II.

Tokyo claims that the Soviet Union illegally seized the islands after the end of the war, while Moscow maintains it acquired them legitimately.

The countries have been pursuing joint economic projects on the islands in five fields -- aquaculture, greenhouse farming, tourism, wind power and waste reduction -- as a trust-building exercise.

In the 45-minute meeting, Motegi hailed the success of a pilot program from late October under which Japanese tourists visited two of the islands.

Tourism and waste reduction are viewed as presenting the fewest legal problems and a Japanese official said related projects are most likely to take off next year.

Motegi and Lavrov did not discuss a summit between Prime Minister Shinzo Abe and President Vladimir Putin after plans for them to meet this month fell through when a regional economic conference in Chile was cancelled, the official said.