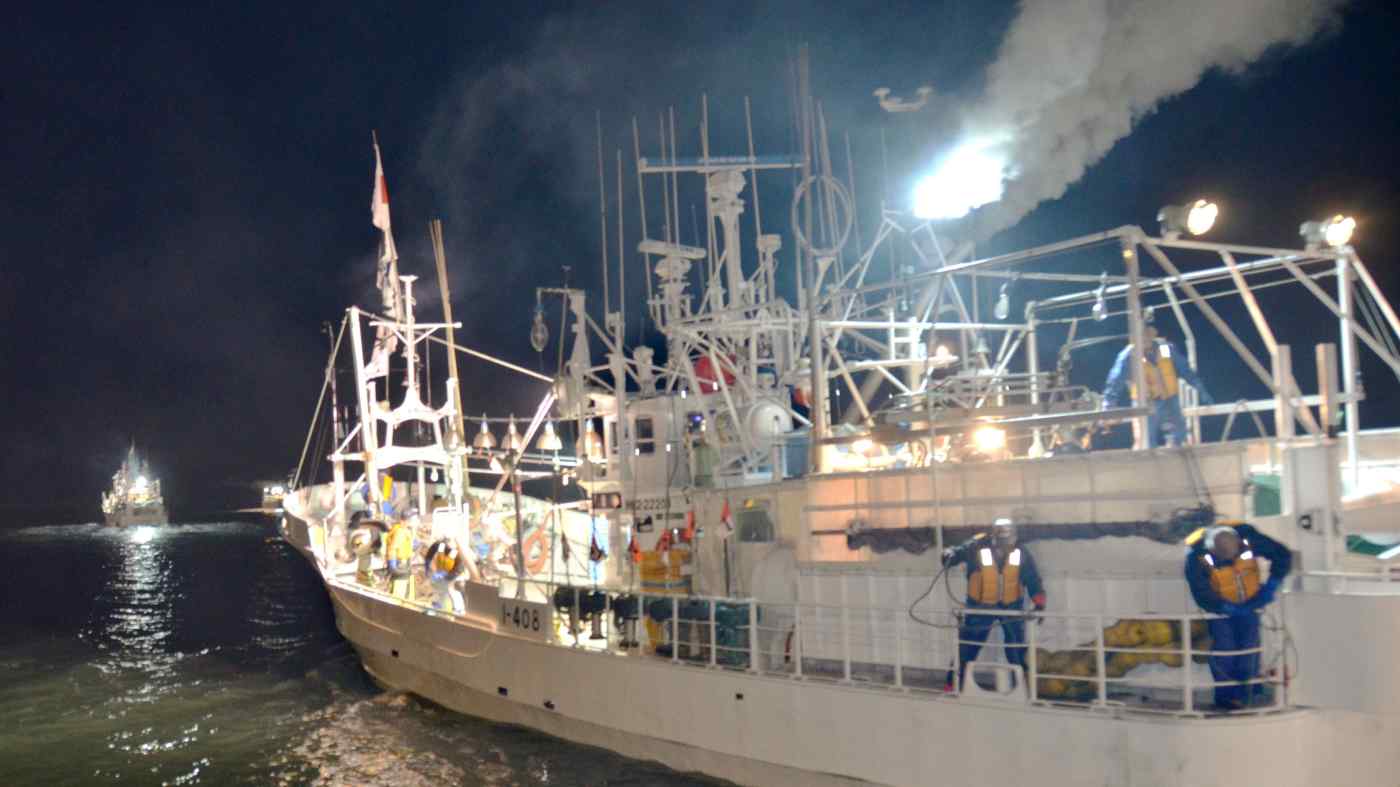 TOKYO (Kyodo) -- Japan and Russia have clinched a deal on Tokyo's fishing quota for salmon and trout spawned in Russian rivers, Japan's Fisheries Agency said Saturday, reaching an agreement on the issue despite Japan's economic sanctions against Moscow over its invasion of Ukraine.

The two countries agreed on a quota of 2,050 tons within Japan's exclusive economic zone for 2022, the same level as last year, and a payment to Russia of a "cooperation fee" of between 200 million yen ($1.5 million) and 300 million yen, depending on the actual catch.

The lower end of the fee -- which Tokyo pays to Moscow since salmon and trout, according to the U.N. Convention on the Law of the Sea, belong to the country in which they were spawned -- was reduced by 60 million yen from last year due to a decline in catch in recent years.

The two governments will sign the document on Monday. With the agreement, Japanese fishermen are expected to start operating in the EEZ near Hokkaido, Japan's northernmost main island, in early May.

On April 11, the two governments started negotiations for Japan's fishing quota for salmon and trout even though Tokyo has been stepping up sanctions against Moscow in an effort, along with the United States and European countries, to pressure Russia to stop the war in Ukraine.

In Hokkaido, the ban on net fishing for salmon and trout is normally lifted on April 10. But this year fishing has not been allowed as the ban remained in effect pending the outcome of negotiations.

"This is part of Japan's cooperation in resource management undertaken by Russia," an agency official said. "I don't see any problem with it."

Japan's quota within Russia's EEZ, which is usually discussed along with that of within Japan's EEZ, remains undecided.

The negotiations are part of many similar frameworks surrounding fishing between Tokyo and Moscow.

The two countries discuss their quotas for fish resources such as saury and squid within each other's EEZs throughout the year.