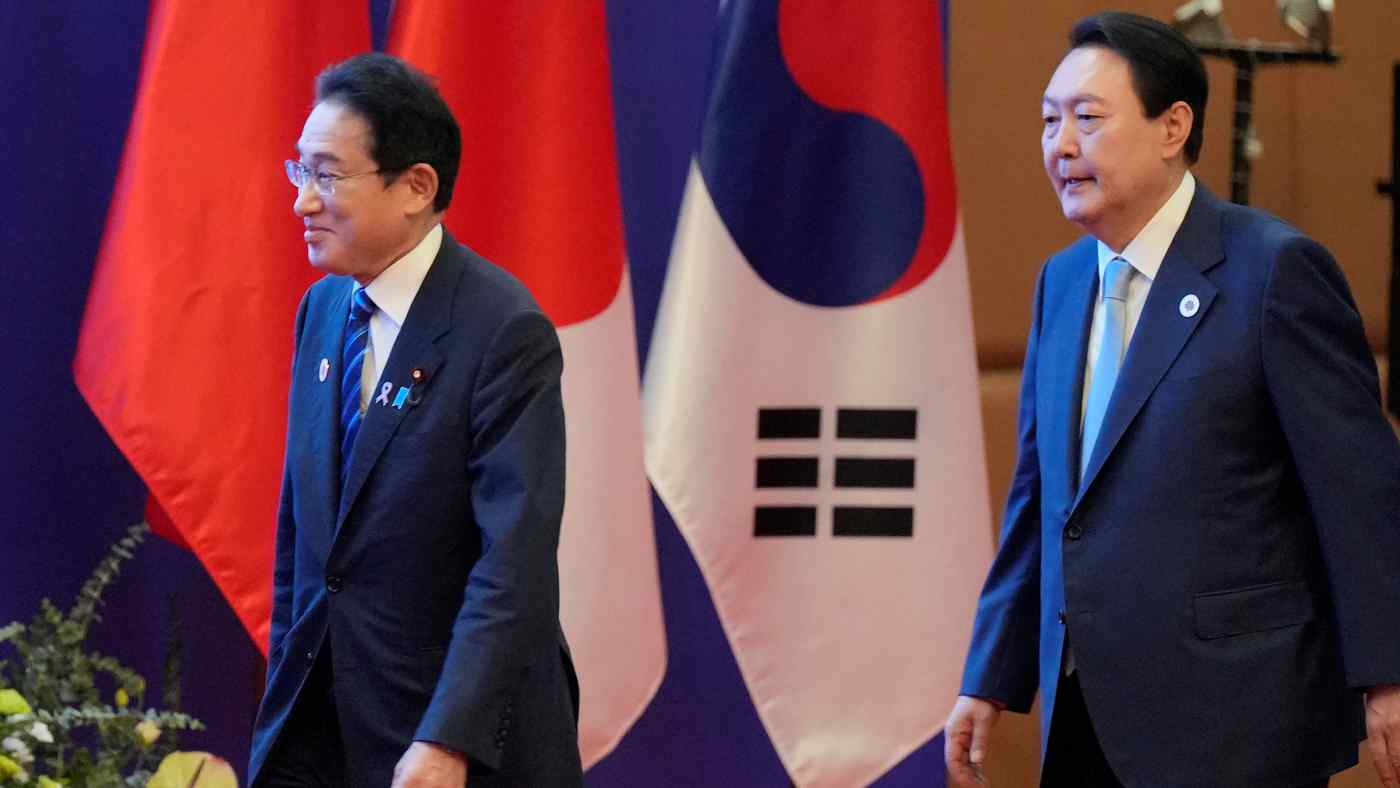 In a meeting that lasted around 45 minutes, at the tail end of three days of international summitry in the Cambodian capital, Kishida and Yoon reaffirmed that they would keep working closely to address the threat from Pyongyang's weapons.