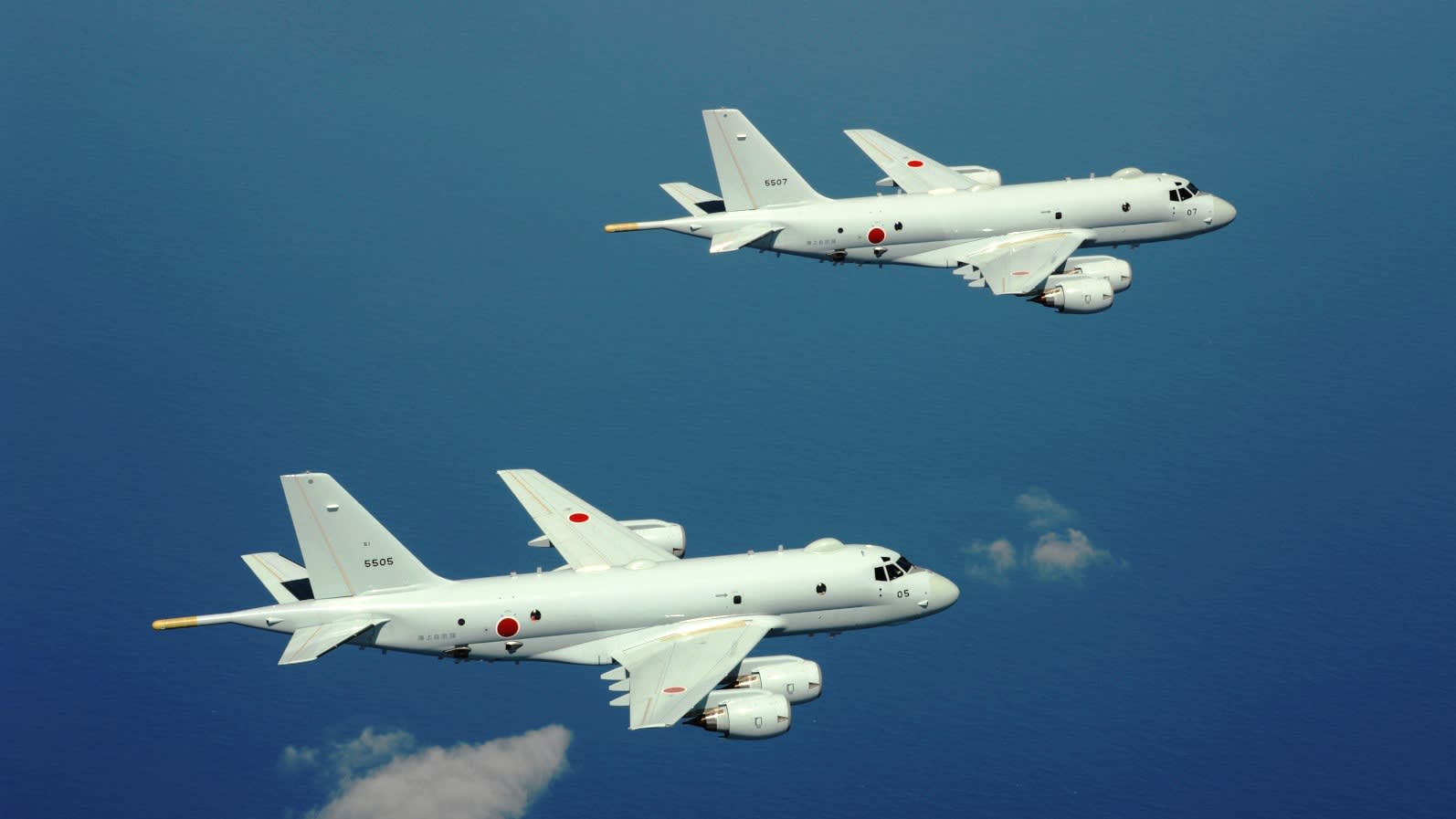 TOKYO/SEOUL -- Japan's defense minister protested to South Korea Friday after one of Seoul's warships allegedly trained a weapon-guiding radar on a Japanese patrol plane over the Sea of Japan.

The incident, which took place the day before, resulted from "extremely dangerous behavior that could create unexpected consequences," Takeshi Iwaya said.

He said that Tokyo would "strongly urge" Seoul to prevent it from happening again. The Japanese government lodged a protest with South Korea through diplomatic channels.

This is the first time the Japanese government has publicly leveled such accusations at South Korea. The incident could exacerbate already-strained relations between the neighbors, after a string of South Korean court rulings ordering compensation for citizens who were forced to work for Japanese companies during World War II.

At about 3 p.m. Thursday, a South Korean Gwanggaeto the Great-class destroyer locked its fire control radar on a P-1 patrol craft belonging to the Maritime Self-Defense Force, according to the Japanese Defense Ministry. The plane, based out of the Atsugi Air Base in Kanagawa Prefecture, was patrolling inside Japan's exclusive economic zone off the Noto Peninsula and was "at a distance" from a disputed set of islets called Takeshima by Japan and Dokdo by South Korea, the ministry said.

South Korea's Defense Ministry denied Friday night that the radar was used "with the goal of tracking a Japanese patrol plane," adding that it would "provide adequate explanations to avoid any misunderstanding on the Japanese side."

Iwaya responded from Tokyo that he hoped "to avoid any impact on Japanese-South Korean relations" and would like to hear what the South had to say.

A person affiliated with the South's Defense Ministry said the radar contact was made in international waters 100 km northeast of the disputed islets, South Korean media reported.

The destroyer was working with the Southern coast guard to find and aid a drifting North Korean vessel, and poor weather conditions prompted the use of the warship's radar, the person said, adding that the signal picked up by the Japanese P-1 was from a search radar connected to the Southern vessel's fire control radar.

Seoul appears to have explained to the Japanese government through a military official stationed in Tokyo that the measure was taken as part of a humanitarian rescue effort.

A similar incident took place in early 2013, when Japan's government said a Chinese vessel had fixed its targeting radar on an MSDF vessel on international waters in the East China Sea.