Deputy chief of mission had mocked Moon's handling of relations 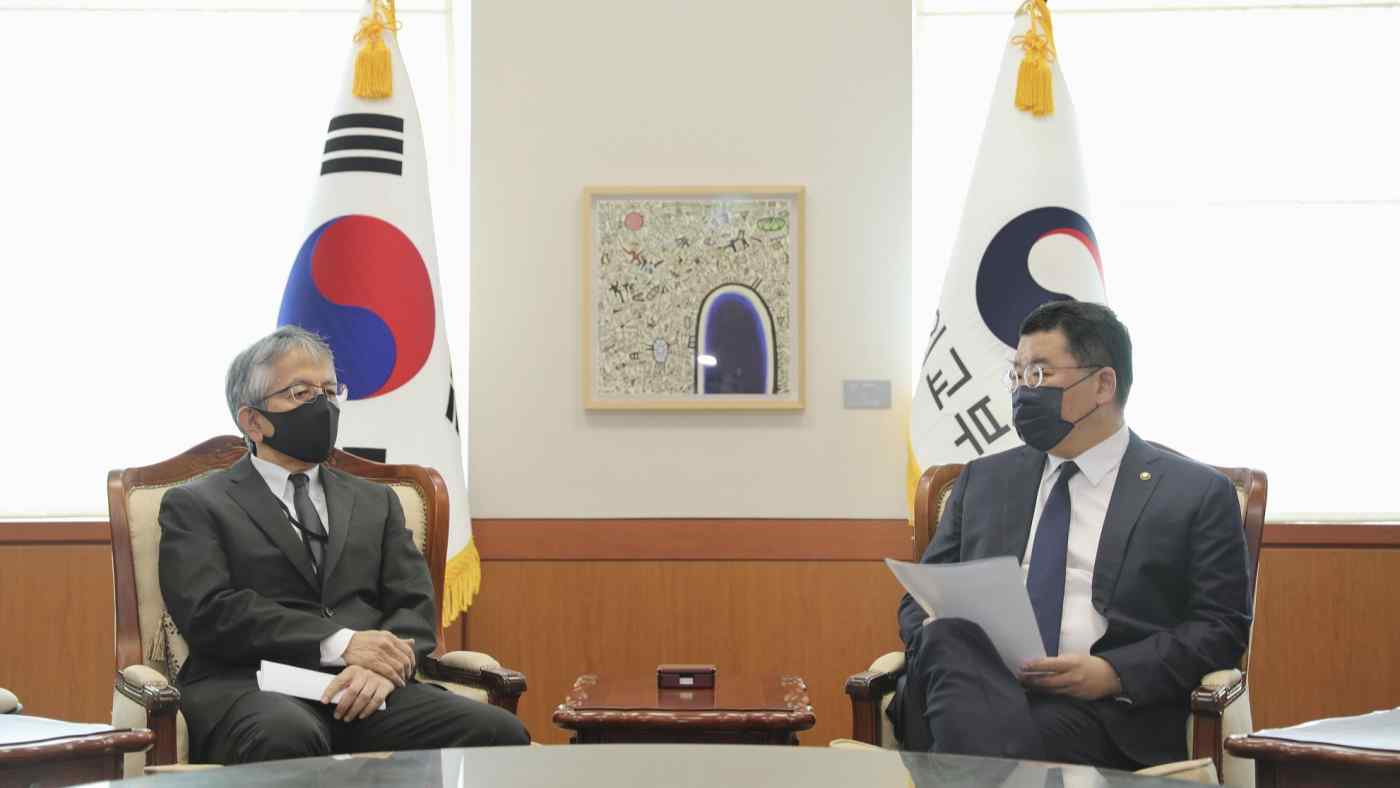 SEOUL(Kyodo) -- Japanese Ambassador to South Korea Koichi Aiboshi has reprimanded his deputy for making an "extremely inappropriate remark" during a conversation with a local media reporter, the Japanese Embassy in Seoul said Saturday.

The announcement came after South Korean broadcaster JTBC reported the previous day that Hirohisa Soma, deputy chief of mission at the embassy, told one of its reporters that South Korean President Moon Jae-in is in a tug-of-war only with himself over frayed ties between Japan and South Korea, using a sexually explicit expression.

South Korean First Vice Foreign Minister Choi Jong-kun called Aiboshi in on Saturday to protest his deputy's remark, and asked that the Japanese government take steps to prevent a similar incident. The South Korean government said the ambassador conveyed his regret to the minister.

The incident came as Moon is considering visiting Japan to attend the opening ceremony of the Tokyo Olympics next Friday and hold talks with Prime Minister Yoshihide Suga on the sidelines.

Japan and South Korea have not held summit talks since December 2019, when Suga's predecessor Shinzo Abe and Moon met. Suga and Moon merely exchanged greetings at a Group of Seven summit event in Britain in June.

Japan-South Korea relations remain strained due largely to a feud over wartime compensation.