Japan and Australia to coordinate on protection of military assets

Canberra to become second partner, after US, covered by 2015 security law 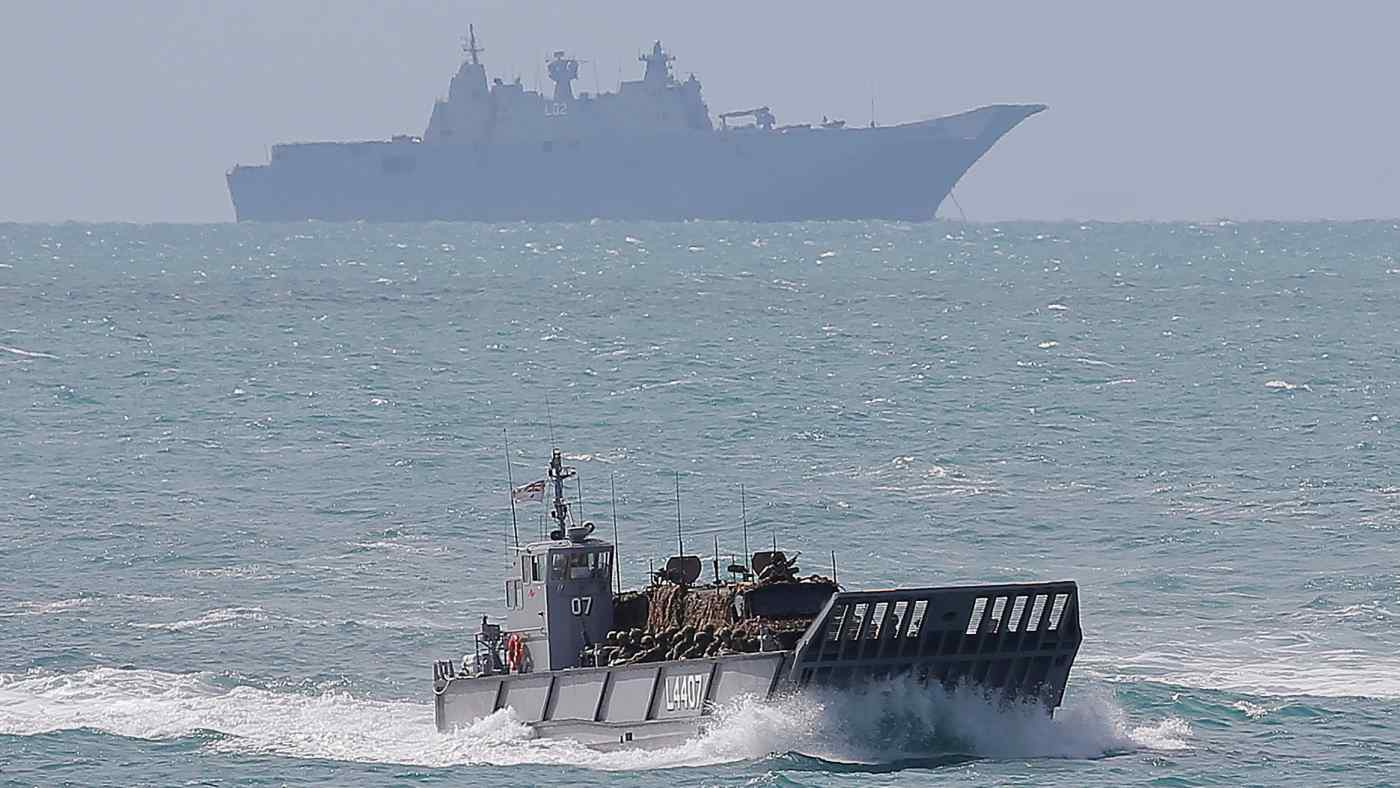 The move comes as Japan and Australia are strengthening vigilance and surveillance activities amid China's growing assertiveness in the East and South China seas.

Kishi told reporters Japan, Australia and the United States are planning to hold a joint military drill near the South China Sea.

The protection by Japan's Self-Defense Forces of weapons and equipment belonging to foreign military forces became possible with the passage of new security legislation in 2015.

Australia would be the second country, after the United States, whose assets Japan would be allowed to protect under the law.

The law stipulates that SDF personnel are permitted to protect the military assets of other countries on condition that the foreign forces are engaged in activities contributing to the defense of Japan.

In a joint statement released after their meeting in Tokyo, Kishi and Reynolds said they "reinforced their strong opposition to any attempts to unilaterally change the status quo by coercion" in the East and South China seas.

They also expressed concern about recent developments including "dangerous and coercive use of coast guard vessels...and efforts to disrupt other countries' resource exploitation activities," the statement said.

For the coordination of military asset protection, the Japanese and Australian defense authorities will promptly start discussions at the section chief and director levels.

On the situation in North Korea, they confirmed cooperation toward the elimination of weapons of mass destruction including ballistic missiles.