Abe and Li to agree deal during Tokyo meeting 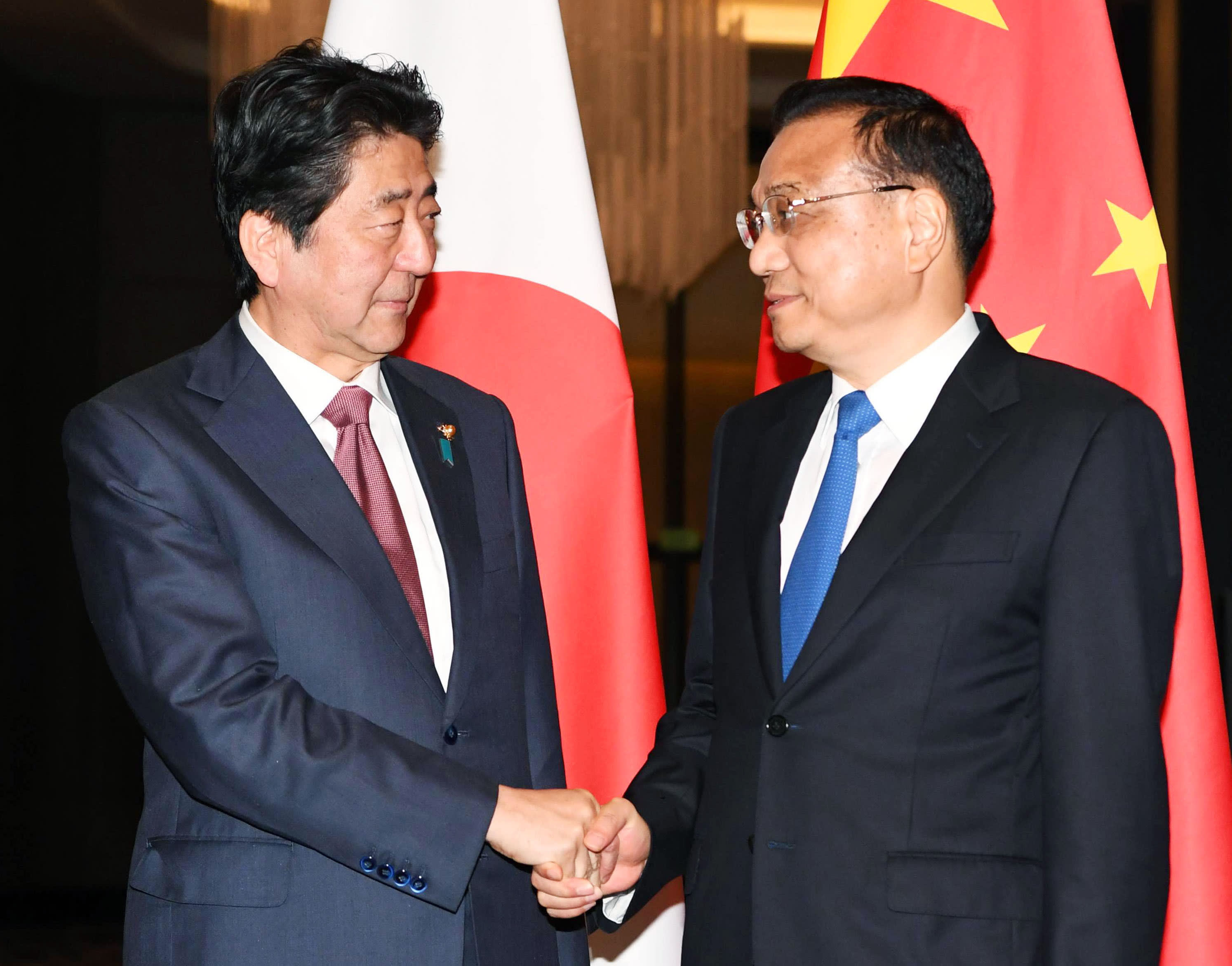 TOKYO -- Tokyo and Beijing will set up a joint body to discuss the relaxation of Chinese import limits on Japanese produce that have been in place since the 2011 Fukushima nuclear disaster.

The decision is expected to be officially agreed during a meeting between Japanese Prime Minister Shinzo Abe and Chinese Premier Li Keqiang in Tokyo on Wednesday.

The two leaders are also expected to agree to start negotiating ways for public and private Japanese entities to cooperate in China's Belt and Road Initiative.

The agreements mark an apparent improvement in relations between the two countries.

China banned imports of agriculture, forestry and fisheries products from a number of Japanese prefectures, including Miyagi, Fukushima and Tokyo, in the wake of the disaster.

It also put in place requirements for the submission of government-issued radiation-screening documents and certificates of origin on imports from Japan.

The administrative-level body will discuss ways to partially lift the ban on certain products and relax other requirements.

Even with the restrictions in place, China was the fourth-largest destination for Japan's agriculture, forestry and fisheries exports in 2016, which totaled 89.9 billion yen ($822 million), according to the Japan External Trade Organization.

Wary that relaxing the ban too soon could lead to criticism of President Xi Jinping, Beijing has been reluctant to act in light of widespread public fear of being exposed to contaminated products.

But with Xi's presidency now in its second term and his administration enjoying firm public support, the Chinese government appears ready to ease restrictions.

Tokyo, on the other hand, is set to display a cooperative stance toward Xi's Belt and Road infrastructure initiative. The two countries are expected to agree to set up a bilateral body comprising representatives from the public and private sectors to discuss ways to work together in third countries.

The body will be linked to the discussions that took place at the fourth high-level economic dialogue between the two countries in April, which were co-chaired by Japanese Foreign Minister Taro Kono and Chinese State Councilor and Foreign Minister Wang Yi.

On the Japanese side, the body will be comprised of officials from the Foreign Ministry and the Ministry of Economy, Trade and Industry, as well as representatives from the private-sector.