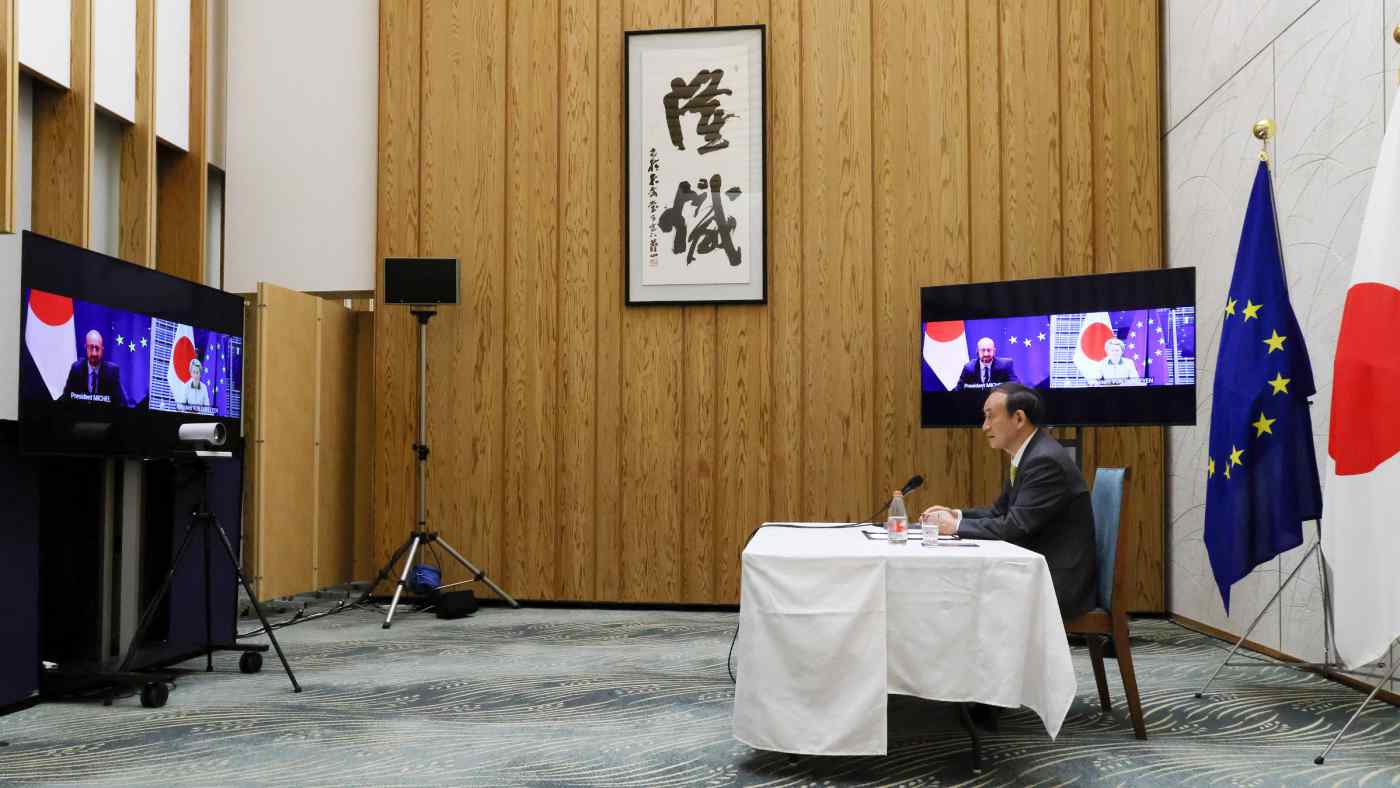 TOKYO -- Japan and the European Union affirmed the "importance of peace and stability across the Taiwan Strait" in a statement Thursday, marking the first time the two sides have jointly spoken about the self-ruled island.