Japan and India pledge cooperation on AI and 5G 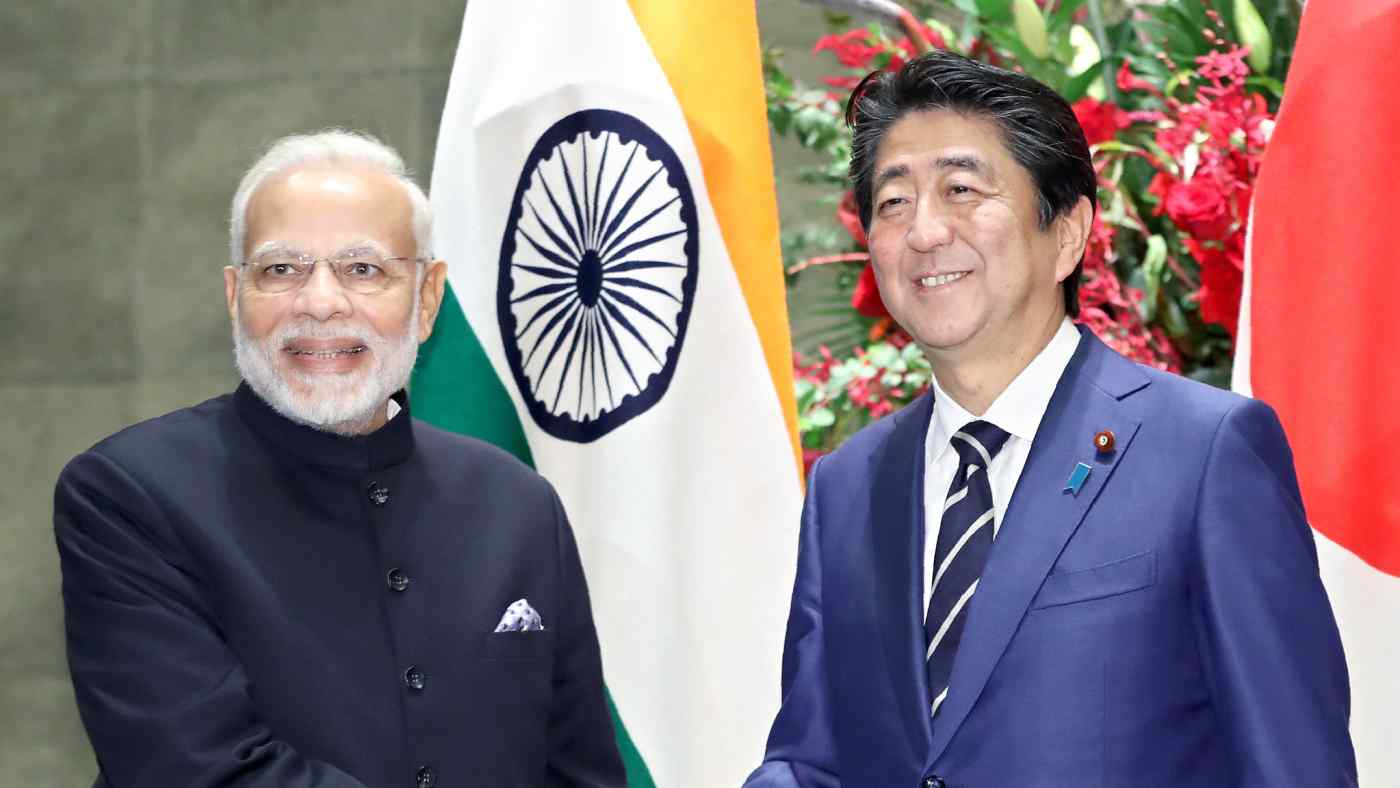 As global competition intensifies in artificial intelligence, robotics and fifth-generation mobile communications, the two leaders saw the potential of pooling complementary talents, especially in making use of the huge volumes of data India vacuums up from its population of 1.3 billion.

Modi's visit comes immediately after Abe returned from a trip to China and represents the Japanese leader's diplomatic balancing act. While making significant repairs to ties with Beijing, including expanding cooperation on infrastructure development in third countries, Abe tried to parlay his close rapport with Modi into a counterweight to prevent China from becoming the region's dominant power.

"No two nations have as much potential together as Japan and India," Abe said at the beginning of his meeting with Modi at the prime minister's office in Tokyo.

The two nations plan to conduct joint research on artificial intelligence. Short-handed Japan seeks to raise its international competitiveness in this field by recruiting engineers and technology experts from India.

The National Institute of Advanced Industrial Science and Technology, one of Japan's largest public research institutions, and the Indian Institute of Technology Hyderabad will jointly develop AI technology and begin research in the robotics field.

Cooperation on 5G wireless technology also looks to be in the cards. Japanese and Indian technology companies sense an opening as the U.S. and Australia restrict Chinese players like Huawei Technologies from supplying 5G equipment. A hundred times faster than current technology, 5G will form the communications infrastructure for the "internet of things" and self-driving cars. Japan and India will promote the expansion of their startups in each other's markets through a center opened in September in Bangalore, which is home to a concentration of technology companies and talent. The Indian government will support Japanese businesses entering the country by connecting them with talent and related companies, among other means.

The deepening of cooperation is partly due to the personal friendship between Abe and Modi. The Japanese leader has told aides privately that he feels comfortable discussing global events, and not just bilateral issues, with the Indian leader.

His fondness for Modi was evident in a Facebook post on Monday. "I invited Prime Minister Modi to my vacation home, where just the two of us enjoyed a private dinner together," the Japanese prime minister wrote. "In that relaxed atmosphere, we talked frankly with each other about various topics. I want to continue to walk firmly hand in hand with Prime Minister Modi, aiming at bringing about a free and open Indo-Pacific."

This was Modi's third trip to Japan as prime minister and his 12th summit with Abe.

The two countries will also collaborate on infrastructures, such as port and road projects in third countries like Sri Lanka, Myanmar and Bangladesh. The Japanese government will assist with development in Northeast India as well.

Tokyo will provide 316.4 billion yen ($2.82 billion) in yen-denominated loans this fiscal year for such projects as the adoption of a shinkansen-style high-speed rail. Japan has extended a total of roughly 6 trillion yen in such loans to India to date, including the fiscal 2018 total -- more than to any other country.

Japan and India also agreed to start negotiating a bilateral acquisition and cross-servicing agreement. This would allow Japan's Self-Defense Forces and the Indian military to share supplies and services. Cooperation on joint exercises and disaster assistance would become easier as well.

Abe and Modi said they would expand drills to demonstrate their relationship as quasi-allies, seemingly with an eye toward Beijing's influence-building through the Belt and Road Initiative and its militarization of the South China Sea.