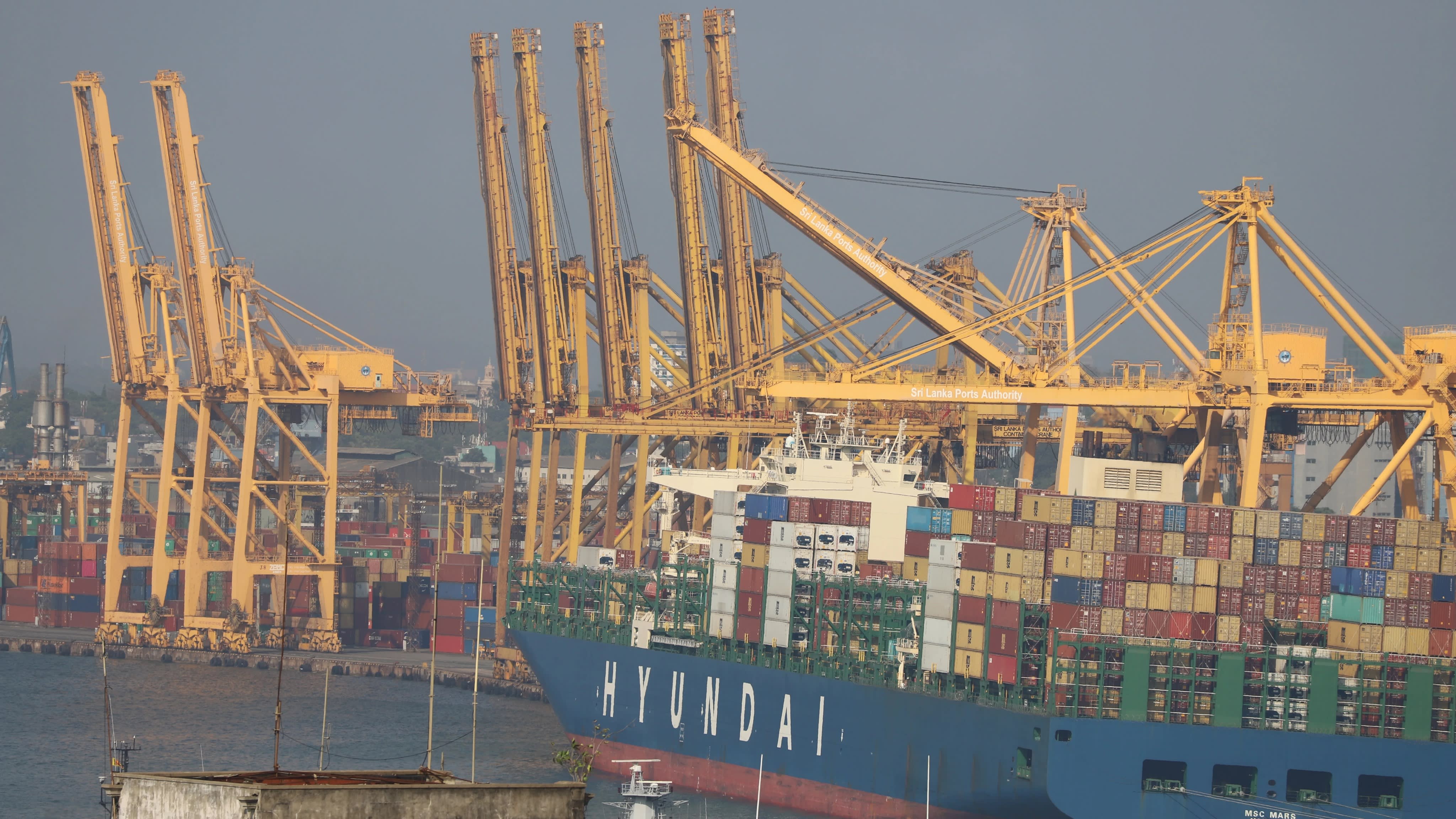 TOKYO -- The governments of Japan, India and Sri Lanka have agreed to jointly develop the Port of Colombo, Nikkei has learned, as the Indian Ocean becomes more integral to global trade.

The project's goals are to increase the port's container volume and enhance marine transportation in and around South Asia.

The deal comes as China has been using Belt and Road projects to increase its influence in the region, and with Japan aspiring to play a significant role in the area pushing its Free and Open Pacific Ocean and Indian Ocean strategy.

The three partners will sign a memorandum of understanding by summer, and work will begin by next March.

The largest port in Sri Lanka, through which 90% of the country's seaborne goods pass, connects Europe, the Middle East, Africa and Asia. It had traffic of 6.21 million twenty-foot equivalent units in 2017, making it Southwest Asia's busiest port. But the region's economies continue to boom and are expected bring the port to full capacity.

The three countries will develop the East container terminal, located at the south part of the Port of Colombo, which has been newly expanded. They will deepen it and develop a facility to allow large container ships to enter.

Government officials from the three countries are in working-level talks and expect to agree on the scale and form of the project by summer.

Corporate partners will also be brought on board.

Japanese Official Development Assistance will finance a portion of the project.

The move comes as China has been enhancing its influence in and around the Indian Ocean. Western governments have often criticized the power dynamics in the region, saying Sri Lanka handed over its southern port of Hambantota to China on a 99-year lease after it fell into a debt trap. Similar criticisms have been leveled against Chinese projects in the Maldives.

Some of Japan's primary maritime routes run through the Indian Ocean, so improved capacity of the region's ports will improve the security of tankers and commercial ships.