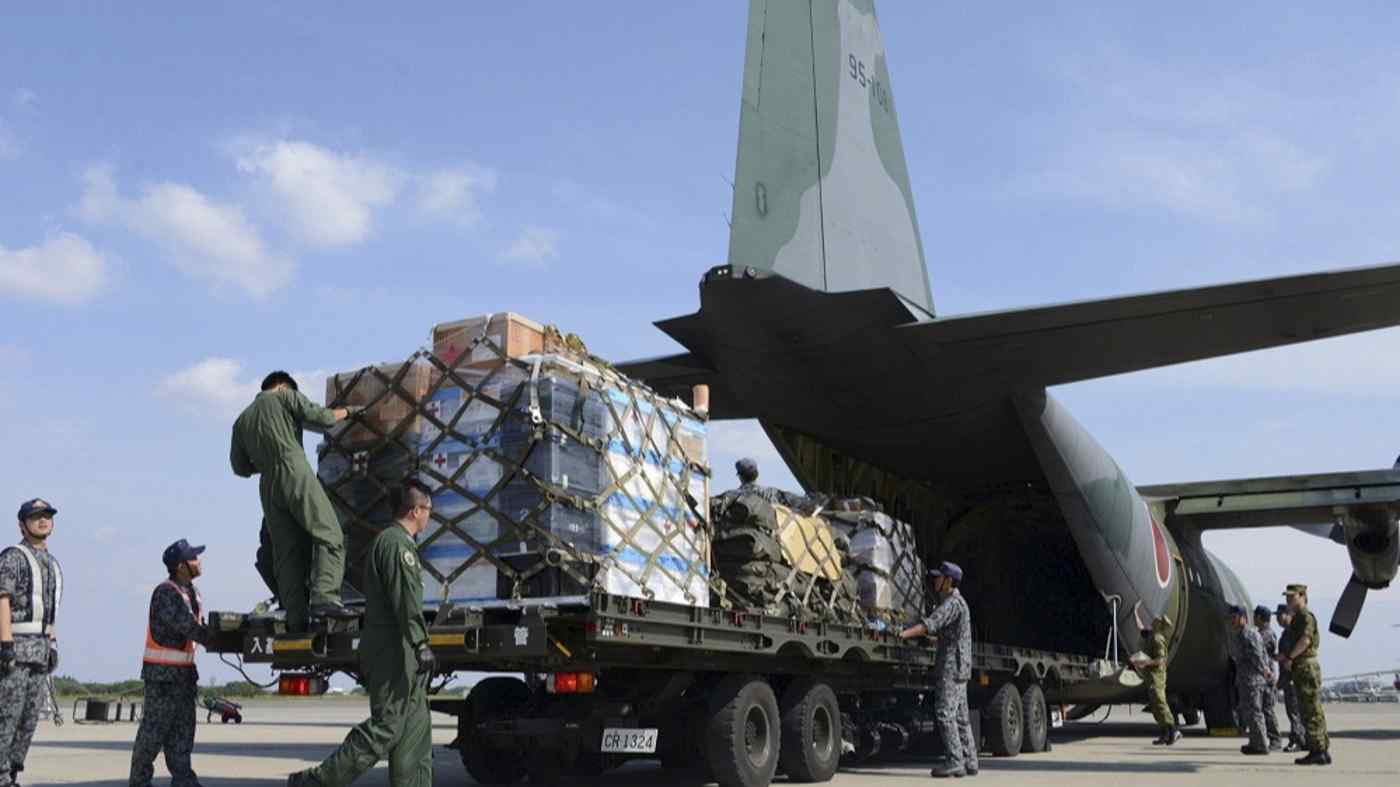 The exercises will include a Japanese C-130H cargo aircraft and its crew, which together with Philippine airmen will simulate the delivery of relief supplies in isolated areas.   © Reuters
July 1, 2021 21:46 JST | Philippines
CopyCopied

MANILA (Reuters) -- The air forces of Japan and the Philippines will hold their first-ever joint exercises next week, Japan's embassy in Manila said on Thursday, in a further sign of deepening defense ties between the two countries.

The air-to-air bilateral training in humanitarian and disaster relief, which Japan's embassy described as a "significant milestone" for joint defence cooperation, will take place from July 5 to 8 at Clark Air Base, formerly a U.S. military facility in the northern Philippines.

The exercises will include a Japanese C-130H cargo aircraft and its personnel which together with Philippine airmen will simulate delivery of relief goods in isolated areas.

"Japan and the Philippines are both natural disaster-prone countries and there are so much we can share on disaster relief operations for saving lives," Major Mizuno Masaki, unit commander of the Japanese Air Self Defense Force, said in a statement.

U.S. allies Japan and the Philippines have both been at odds with China over the conduct of its vessels and aircraft in the East and South China Seas.

The announcement comes as other allies of the United States take greater steps to preserve freedom of navigation and overflight in the region, including navy patrols, amid growing Chinese militarization.

Japan came to the aid of the Philippines after the devastation caused by super typhoon Haiyan in 2013, which killed over 6,000 people and left hundreds of thousands families homeless.

Japan and the Philippines signed an agreement to forge closer defense ties in January 2015, and the two countries has since conducted 17 joint naval drills.

Japan has also transferred defense and technology equipment that could help the Philippines' boost patrols in the South China Sea.