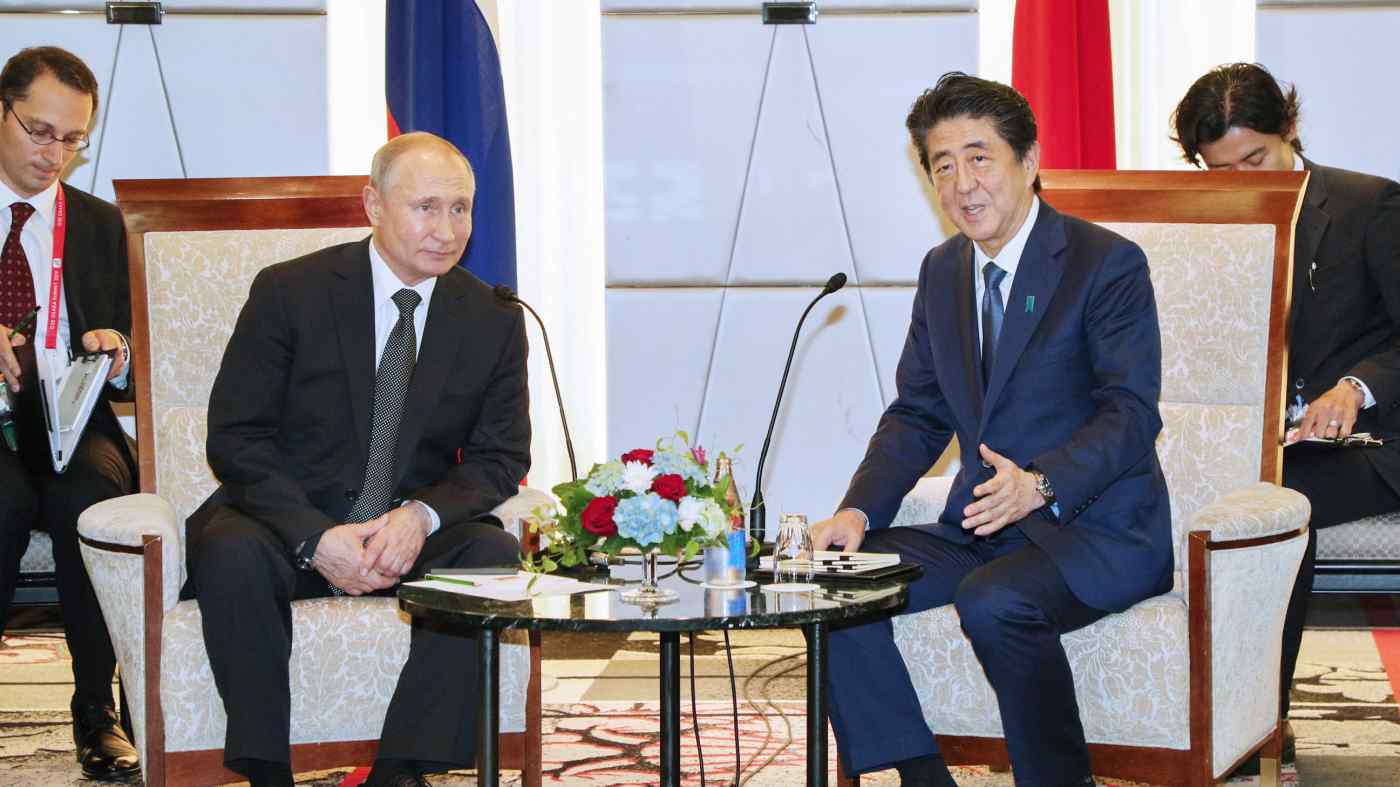 OSAKA -- Japanese Prime Minister Shinzo Abe and Russian President Vladimir Putin agreed on Saturday to speed up negotiations for a peace treaty based on the Soviet-Japanese declaration of 1956.

"It is becoming clearer what issues need to be overcome," Abe said after the two met face to face in Osaka on the sidelines of the G-20 summit, the 26th time the two leaders had spoken since the Japanese leader visited Moscow in January.