Top diplomats meet in Davos, but neither side is backing down 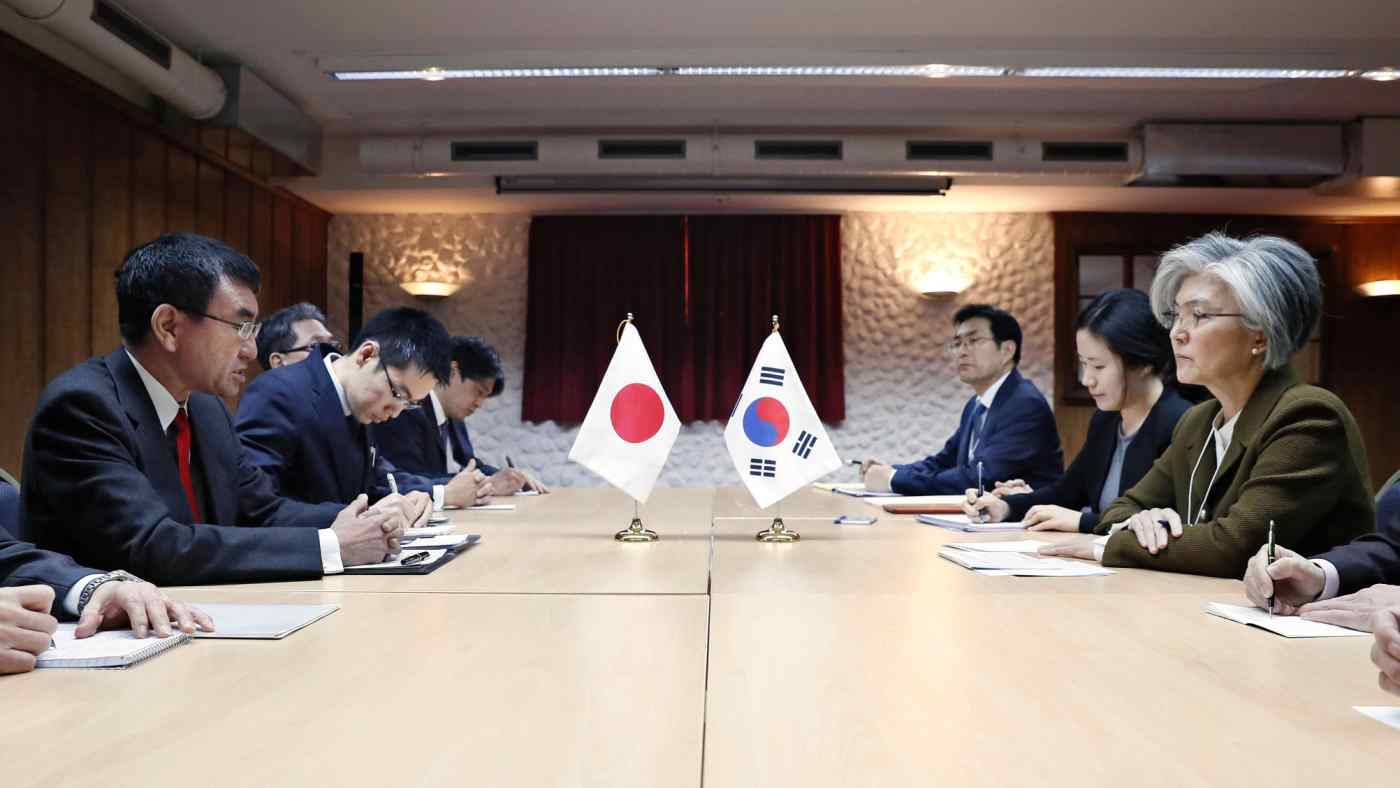 Their talks on the sidelines of the World Economic Forum annual meeting marked the first time the two countries' top diplomats have sat down together since South Korea's Supreme Court ordered Nippon Steel & Sumitomo Metal to compensate former wartime laborers in October.

The talks were initially scheduled for 30 minutes but lasted more than an hour.

Kang told Kono that Japanese Self-Defense Forces planes had made three such flybys at South Korean ships this month, the latest on Wednesday in the East China Sea. South Korea's military on Wednesday called that day's alleged incident a "clearly provocative act."

Kono denied the accusations and expressed regret over the South Korean military's announcement, saying Japanese patrol planes "have not made the kind of close-distance flights claimed by South Korea." Japan's defense minister, speaking in Tokyo, said Japanese planes act in accordance with domestic and international law.

The new accusations follow an incident in late December, when Japan says a South Korean warship locked its weapons radar onto a Japanese patrol plane. Seoul has disputed this claim and said the Japanese plane was flying in a threatening manner.

Seoul and Tokyo are also at odds over lawsuits by Korean former wartime laborers against Japanese companies.

Japan, which argues that wartime labor issues were resolved in a 1965 deal, requested bilateral talks with South Korea on Jan. 9 after a district court approved the seizure of Nippon Steel's assets.

"We want to quickly resolve this problem in talks that we requested to the South Korean government based on the [1965] agreement," Kono said.

Kang explained South Korea's stance to Kono but did not indicate that Seoul would respond to Tokyo's request, a Japanese Foreign Ministry source who attended the meeting said.

Japan will consider arbitration if it receives no response within 30 days. It may then go to the International Court of Justice if arbitration fails.

"Relations between Japan and South Korea are in a very difficult situation, but I think it's still valuable to have this face-to-face meeting," Kono told Kang.