Japan and US defense chiefs to meet in Singapore in June

Tokyo and Washington hope their closer ties will give China pause 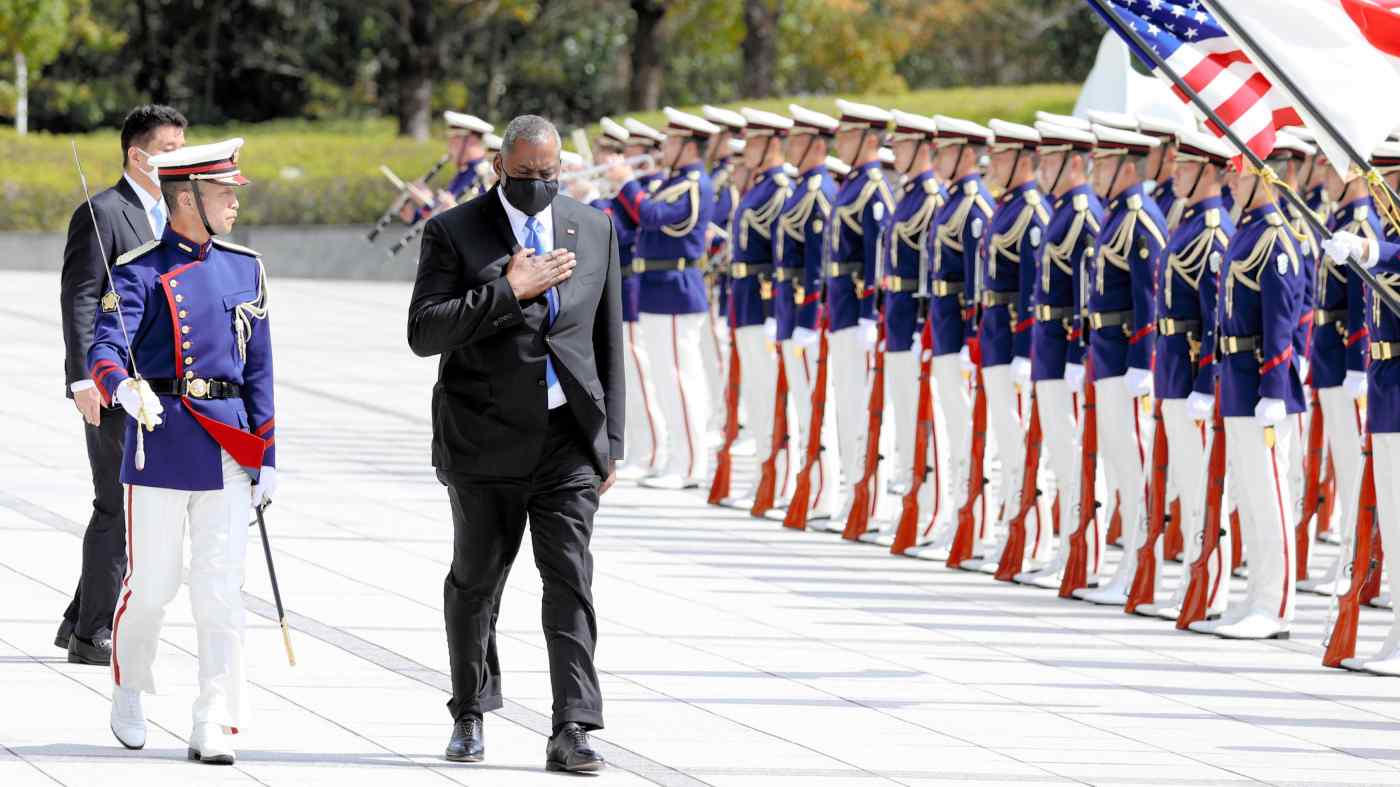 The defense chiefs, and their peers in the region, are expected to attend the Asia Security Summit, known as the Shangri-La Dialogue, in Singapore over June 4 and 5. Prime Minister Yoshihide Suga is hoping to attend the meeting if the COVID situation in Japan comes under control.

Following a U.S.-Japan summit in April, both countries now want to use the Singapore meeting to appeal to the international community to cooperate with them to counter the regional threats posed mainly by China.

After the inauguration of U.S. President Joe Biden's administration, Tokyo and Washington have held monthly discussions at summit and ministerial levels. The frequency of the talks reflects rising tensions in the Taiwan Strait and China's active incursion into the waters around the Japan-administered Senkaku Islands.

Cyber defense will also be high on the agenda following the shutdown of the largest oil pipeline in the U.S. due to an attack by hackers.

At the April summit meeting, Biden and Suga committed to maintaining peace and stability in the Taiwan Strait. They also reaffirmed the application of Article 5 in the Japan-U. S. Security Treaty, which stipulates America's defense obligations to Japan, to the Senkaku Islands, and the strengthening of Japan's defense capabilities.

Kishi and Austin are now considering concrete deterrence measures and ways to enhance their response capabilities.

Washington and Tokyo are also hoping that their closer ties will add diplomatic pressure on China. Beijing has repeatedly sent military aircraft into Taiwan's air space. It also enforced the Maritime Police Law in February, which positions its Coast Guards as a paramilitary organization. As of Tuesday, Chinese Coast Guard vessels had sailed in the contiguous zone around the Senkaku Islands for 88 consecutive days.

The U.S. is intensifying its calls for such trilateral cooperation. The top uniformed officials of the three countries met recently in Hawaii, in addition to a meeting of their foreign ministers in London. The intelligence agencies from the three countries also plan to meet in Tokyo soon.