Tokyo and Washington chart close cooperation on China and Iran 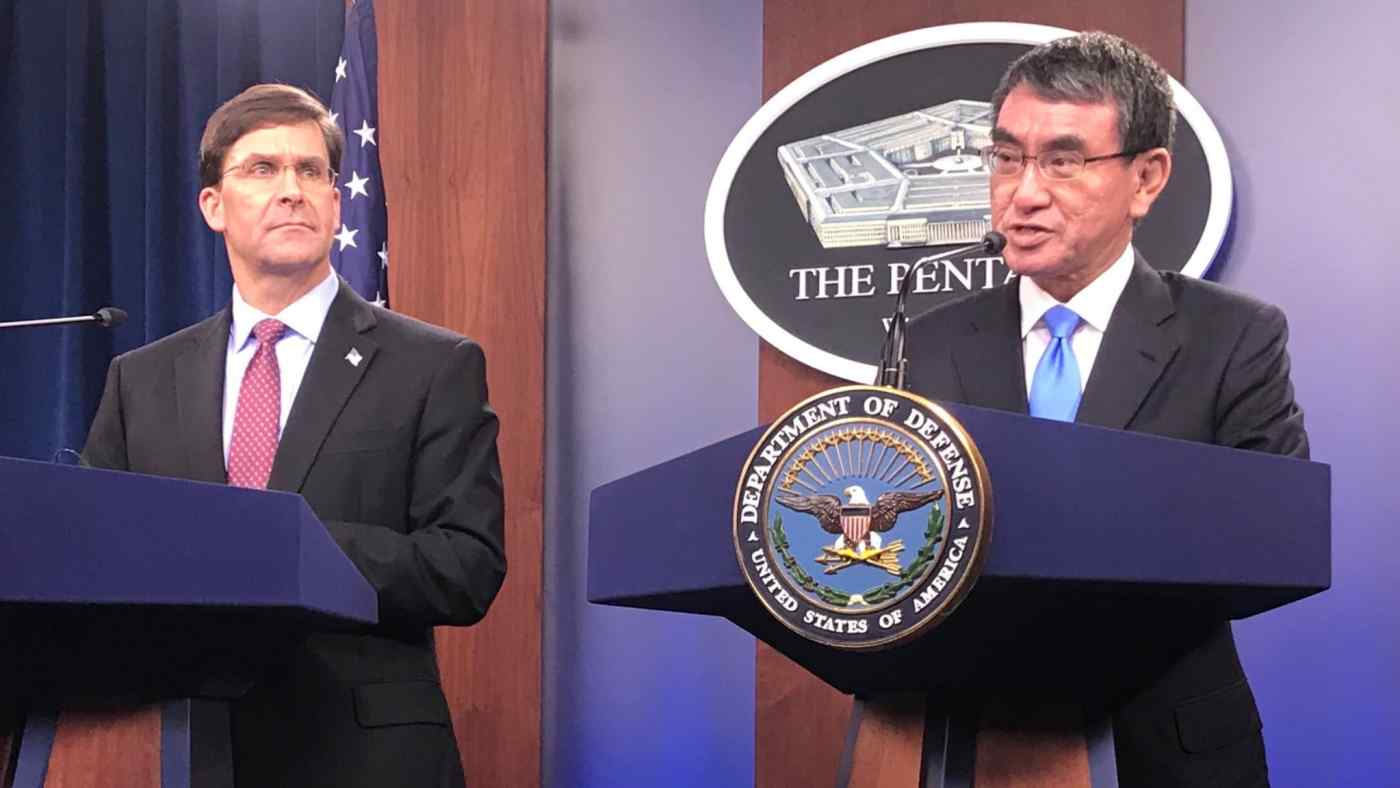 SAN FRANCISCO/WASHINGTON -- U.S. and Japan foreign policy and defense chiefs have reaffirmed the countries' 60-year-old security partnership, hailing it as a bulwark against global risks that stretch from China to the Middle East.

Japanese Foreign Minister Toshimitsu Motegi and U.S. Secretary of State Mike Pompeo proclaimed the alliance stronger than ever as they met Tuesday in Silicon Valley, near San Francisco.

The two nations signed the current version of the U.S.-Japan security treaty on Jan. 19, 1960. As tensions rise between Iran and the U.S. after the killing of General Qassem Soleimani, Japan can play a role by engaging in active diplomacy by leveraging its ties with the Middle Eastern nation.

Abe visited Iran last year, and he called on leaders in Saudi Arabia, the United Arab Emirates and Oman to help defuse tensions in the region during a recent tour.

Pompeo told Motegi that the U.S. values Japanese efforts in the Middle East.

Tokyo also is sending the SDF to Middle Eastern waters to gather intelligence and protect civilian Japanese vessels. Japan intends to cooperate with U.S. efforts to safeguard shipping without joining the region's American-led Operation Sentinel, allowing the country to stay on friendly terms with Tehran. Oil tankers were attacked last year near the Strait of Hormuz, a crucial waterway for Japan's oil imports.

The U.S. also is working closely with Japan in East Asia, particularly in regards to China.

"We continue to counter China's destabilizing behavior in the region, especially in the South and the East China seas," Esper said, adding that Washington remains opposed to "unilateral attempts to undermine Japan's administration" of the Senkaku Islands, which China claims and calls the Diaoyu.

But some fault lines remain in the U.S.-Japan alliance, namely Trump's demands that Japan shoulder more of the cost of the American military presence there. The topic did not come up at Tuesday's meetings, but could reemerge ahead of the U.S. presidential election in November.