Foreign ministers agree to cooperate on growth in Southeast Asia 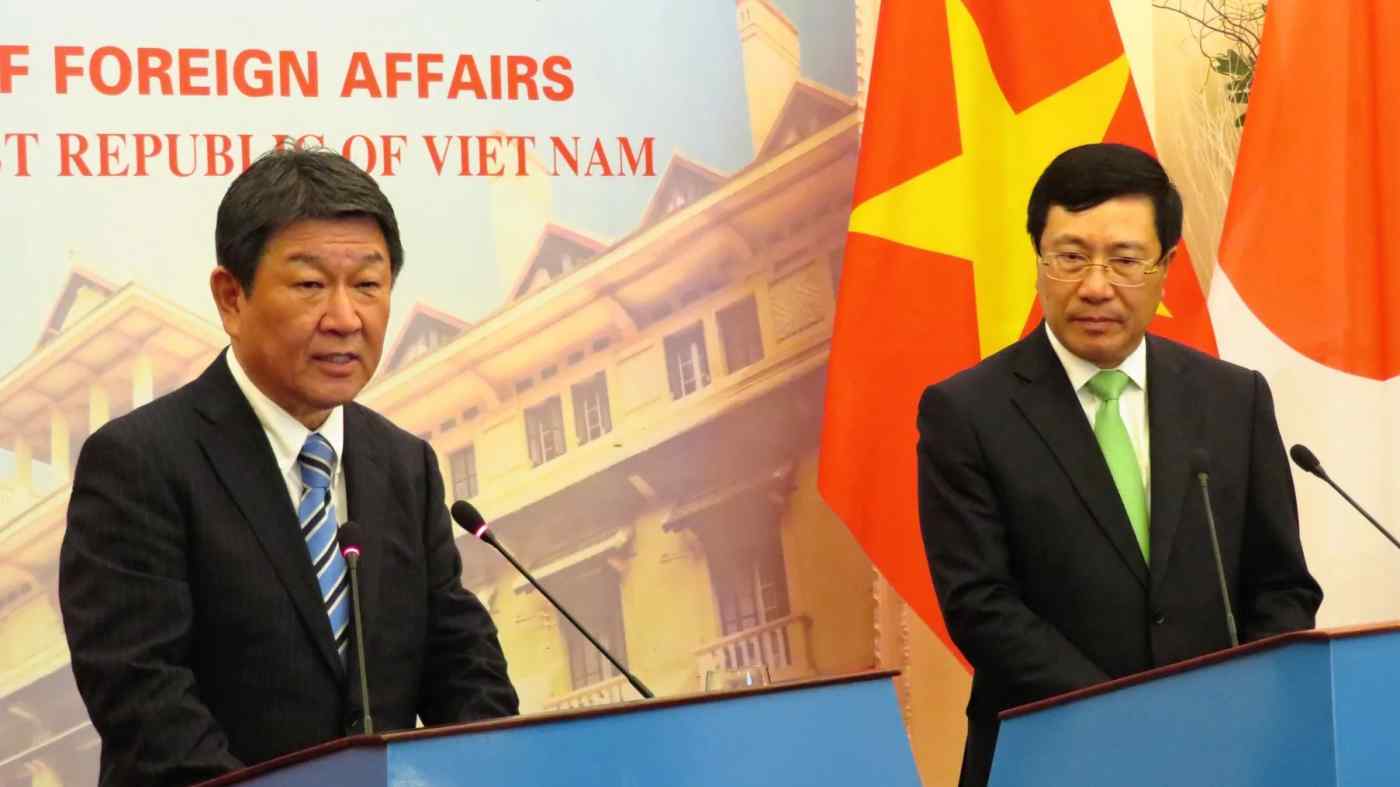 HANOI (Kyodo) -- Japanese Foreign Minister Toshimitsu Motegi and his Vietnamese counterpart Pham Binh Minh on Monday underscored the importance of maintaining freedom of navigation and the rule of law in the South China Sea, taking aim at China's militarization of outposts in disputed areas of the sea.

In a meeting in Hanoi, Motegi and Minh also agreed to coordinate Japan's push for a free and open Indo-Pacific with the Association of Southeast Asian Nations' efforts to promote stable growth in the region, according to Japan's Foreign Ministry.

Motegi stressed that Japan has continued to "firmly state its position" to China about the South China Sea, a position Minh, who doubles as deputy prime minister, expressed support for, the ministry said.

In coordination with other regional powers such as the United States and Australia, Japan has called for maintaining a rules-based order in the Indo-Pacific and opposed any attempt to force a shift in the regional status quo.

China has overlapping territorial claims with Brunei, Malaysia, the Philippines, Vietnam and Taiwan in the South China Sea, a strategic waterway through which over one-third of global trade passes.

In the meeting, Motegi and Minh agreed to work toward bringing more Vietnamese workers to Japan under a new framework that opens doors to blue-collar jobs, according to the ministry.

They also affirmed the need to bring India back into negotiations for the Regional Comprehensive Economic Partnership, a free trade agreement that would cover half the world's population and roughly a third of its gross domestic product.

The Japanese foreign minister is on the first leg of a four-nation tour that will also take him to Thailand, the Philippines and Indonesia.