Otsuka headed to Horn of Africa nation, which hosts Japanese and Chinese bases 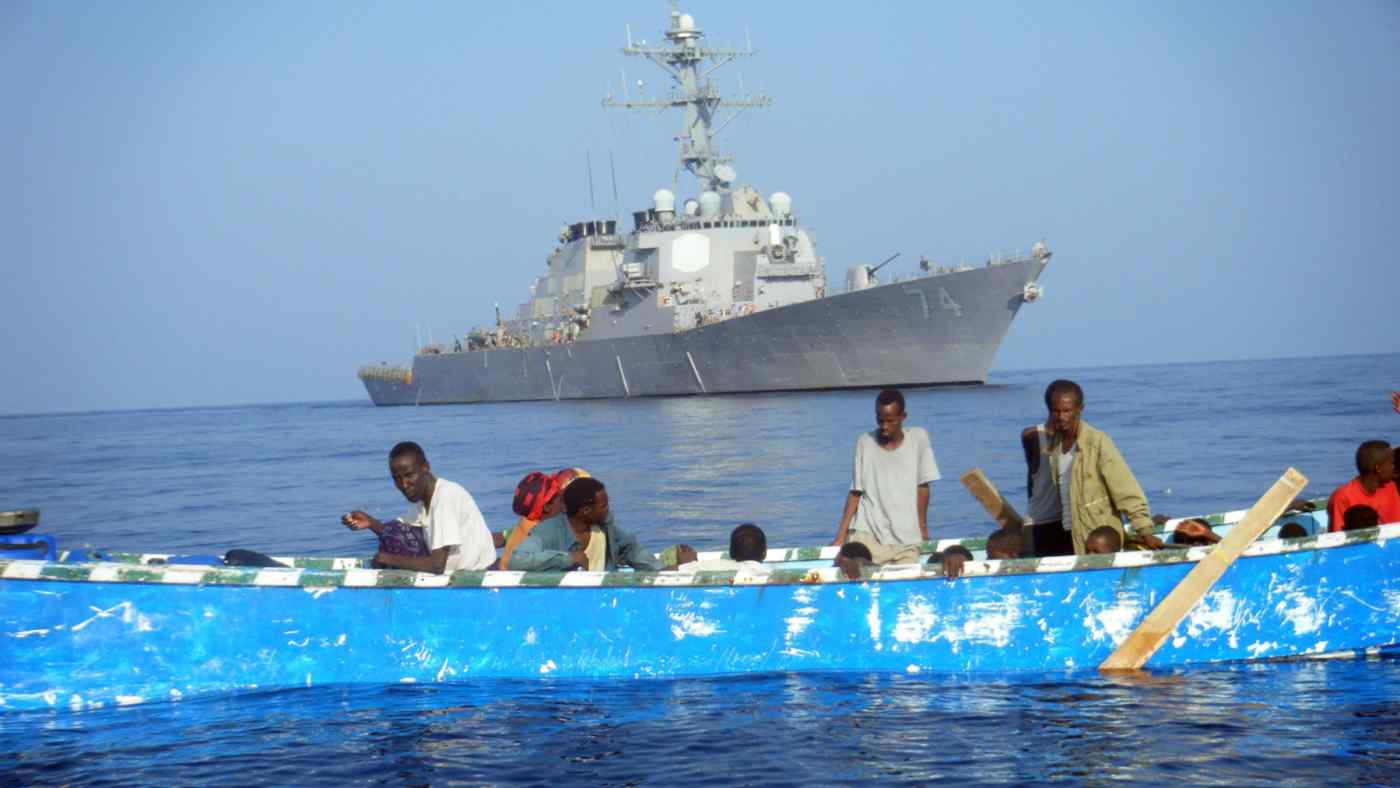 The USS McFaul rescues Somalis in the Gulf of Aden in 2010. Djibouti holds a crucial position on the narrow strait that links the Red Sea and Gulf of Aden. (Photo courtesy of the U.S. Navy)
TAKUYA MIZOROGI, Nikkei staff writersSeptember 12, 2020 00:51 JST | Japan
CopyCopied

TOKYO -- Japan has decided to send its first-ever ambassador to come from the ranks of the Self-Defense Forces to Djibouti, a small but strategically important African country home to China's first overseas base and Japan's only such site.

The cabinet approved the appointment of 60-year-old Umio Otsuka on Friday, to take effect Wednesday.

"It is extremely important for us to send an ambassador who understands the mission of the SDF in Djibouti, which includes fighting piracy and gathering intelligence," Defense Minister Taro Kono told reporters.

Otsuka served in Japan's Maritime SDF after graduating from the National Defense Academy. He also has been the president of the JMSDF Command and Staff College, as well as the director of the Defense Ministry's Defense Intelligence Headquarters. Umio Otsuka is a former officer for the Japan Maritime Self-Defense Force.   © Kyodo

"It will be good to have ambassadors with diverse backgrounds serving where they would be able to contribute the most," Kono said.

Located in the Horn of Africa, Djibouti holds geopolitical significance for its position on the narrow strait that connects the Red Sea and the Gulf of Aden.

The U.S. maintains a naval presence there, and China chose the country for its first overseas military base.

It gives China "the ability to support a military response to contingencies affecting China's investments and infrastructure in the region," the report adds.

Djibouti is also home to Japan's sole overseas base, which the SDF uses to conduct anti-piracy operations in the Gulf of Aden.