Japan asks Kazakhstan to align against Russian war on Ukraine 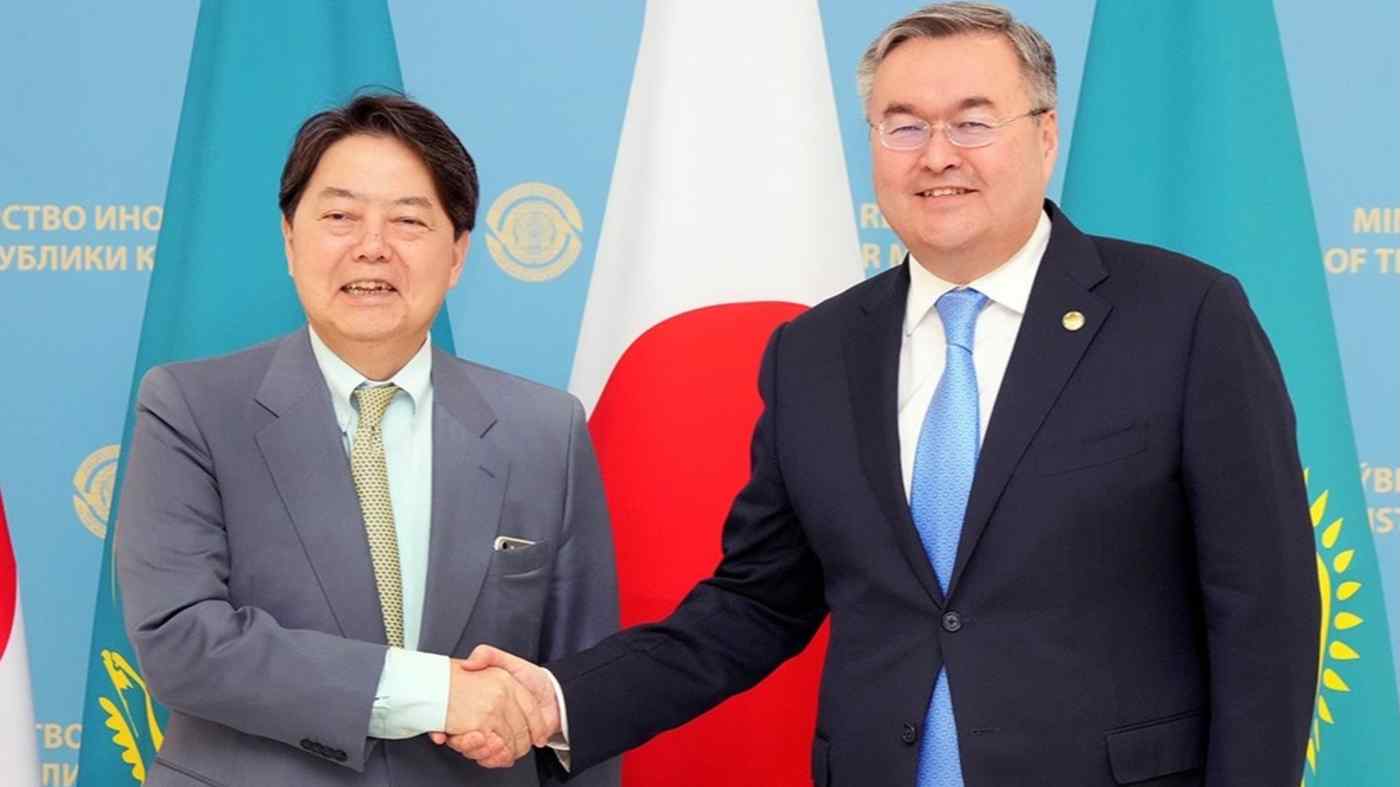 TOKYO (Kyodo) -- Japan on Friday asked Kazakhstan to keep in line with the international community against Russia's invasion of Ukraine, the Japanese Foreign Ministry said.

Tileuberdi, who doubles as deputy prime minister, responded by saying his country is ready to make diplomatic efforts toward a peaceful solution, according to the Japanese ministry.

The Central Asian nation has maintained close relations with both Russia and Ukraine and avoided condemning Moscow over its invasion of the East European nation that began on Feb. 24.

Hayashi is on a five-day trip through Monday, during which he will also visit Uzbekistan and Mongolia.

This year marks the 30th anniversary of Japan's establishment of diplomatic ties with Kazakhstan and Uzbekistan following their independence from the former Soviet Union.

Tokyo has been trying to enhance economic relations with Central Asia in an apparent effort to counter the increasing influence of China, which continues to invest in large-scale infrastructure projects in the region through its Belt and Road Initiative.