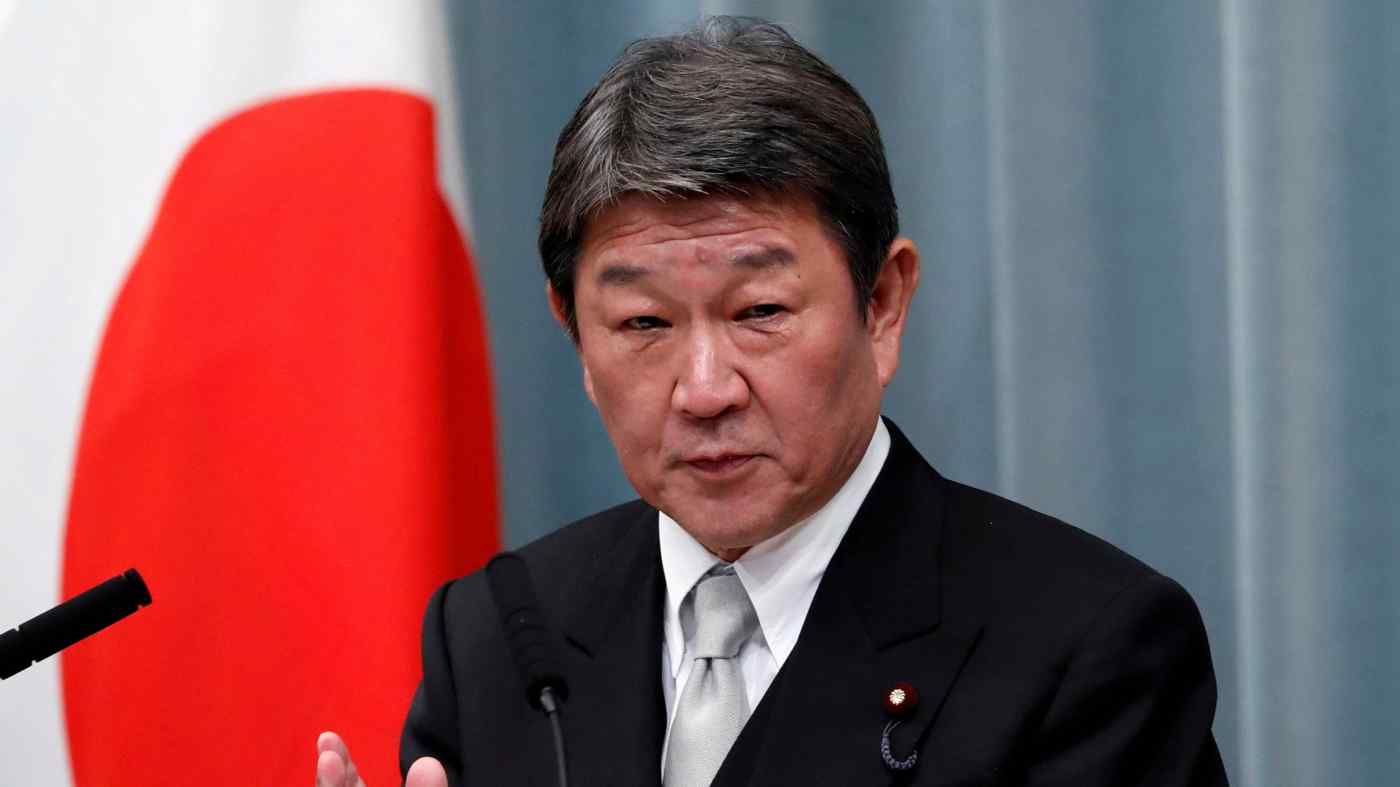 TOKYO -- As the European Union works to articulate its first-ever formal strategy for the Indo-Pacific region, Japan's top diplomat has embarked on a tour of Central and Eastern Europe to garner support for a harder line on Chinese maritime expansionism.

Japan will "work closely" with Slovenia regarding the EU's Indo-Pacific strategy, Motegi said.

Bosnia-Herzegovina is his next stop. He will also travel to Poland this coming Thursday to meet with counterparts from the Visegrad Group, or V4 -- a European quartet that also includes the Czech Republic, Slovakia and Hungary.

Motegi's trip comes as the EU looks to finalize a detailed strategy on the Indo-Pacific region as early as September. EU members have a say in the bloc's economic and diplomatic decisions, meaning that these Central and Eastern European nations -- which are also participants in China's Belt and Road infrastructure-building initiative -- could impact the final strategy.

Slovenia, Motegi's first stop on the tour, will be president of the Council of the EU in the second half of 2021 and will be heavily involved in the entire process. The V4 is also gaining clout within the bloc, thanks partly to its combined joint gross domestic product doubling since its members joined the EU in 2004. The group had previously exercised influence over EU policies on migration and asylum-seekers. Motegi will meet with V4 foreign ministers both individually and as a group.

Chinese maritime incursions are expected to be a central topic throughout Motegi's meetings. China Coast Guard vessels have repeatedly entered Japanese waters surrounding the Senkaku Islands, which China claims as the Diaoyu. China has also been building islands in the South China Sea, fueling tensions in the waters.

Motegi will also discuss Japan's push for a "free and open Indo-Pacific" and stress the importance of abiding by international law and upholding freedom of navigation. 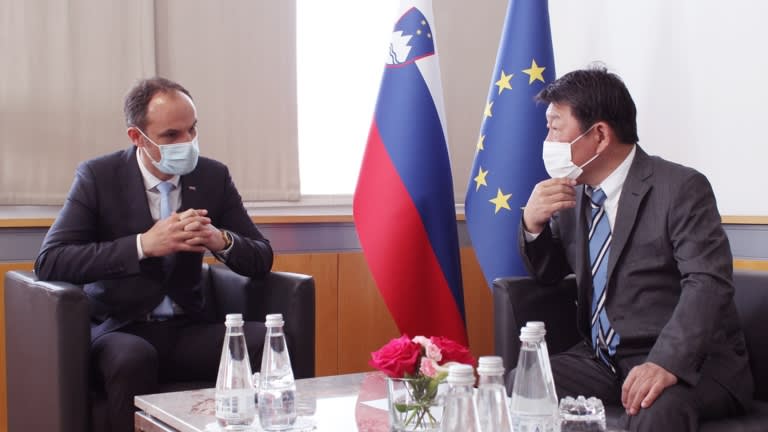 As part of the tour, Motegi will attend a foreign ministers' meeting for the Group of Seven in London starting Monday. He will outline his diplomatic efforts in Central and Eastern Europe there and urge the EU to craft a China strategy as a bloc.

Japan, like the U.S., has taken a firm stance against Chinese maritime expansionism. Tokyo is closely watching whether the EU follows suit and how the bloc addresses economic and security issues that relate to China.

China and the EU are geographically distant, meaning that Beijing does not pose as immediate a threat as it does to Japan, for example. There is concern that the EU may opt for a softer stance on China than Japan and the U.S. have, especially given China's economic clout.

The U.S. has recently been urging the EU to distance itself from China for the bloc's own economic security, while human rights concerns in Hong Kong and the Xinjiang region have drawn international pushback. But many within the EU, unable to ignore their economic ties, hesitate to antagonize China.

Meanwhile, China has been wooing Central and Eastern European countries for years as part of its push to extend Belt and Road into Europe. It provided financial assistance to the region following the 2008 global financial crisis and launched the "16+1" framework in 2012 to cooperate with countries in the Balkans, as well as in Central and Eastern Europe. The framework has since expanded into the "17+1."

But some of these countries have become disillusioned with Chinese involvement in the region. Montenegro has struggled to repay China for a highway construction project -- an example of "debt trap" risks that have mired the Chinese initiative.

Leaders from three Baltic states skipped the 17+1 summit in February that was attended by Chinese President Xi Jinping. Poland has also expressed concerns over its trade imbalance with China.

Japan sees these developments as a potential opening. In April 2019, then-Prime Minister Shinzo Abe met with V4 leaders. Japan and the EU can "build sustainable, comprehensive and rules-based connectivity, from the Indo-Pacific to the Western Balkans and Africa," Abe said at the Europa Connectivity Forum that September.

"It is extremely significant that the Japanese foreign minister is visiting these countries at this time," said Atsuko Higashino, an associate professor on the faculty of humanities and social sciences at the University of Tsukuba. "It is important for Japan to demonstrate steady support for the region that is different from China."

But views on China vary greatly within Central and Eastern Europe, Higashino said. "Some countries are skeptical, while others depend heavily on China," she said.

For last year's anniversary of modern China's founding, Hungarian Prime Minister Viktor Orban sent a message on how the countries' friendship has stood the test of time. How Motegi will navigate these differing attitudes remains to be seen.