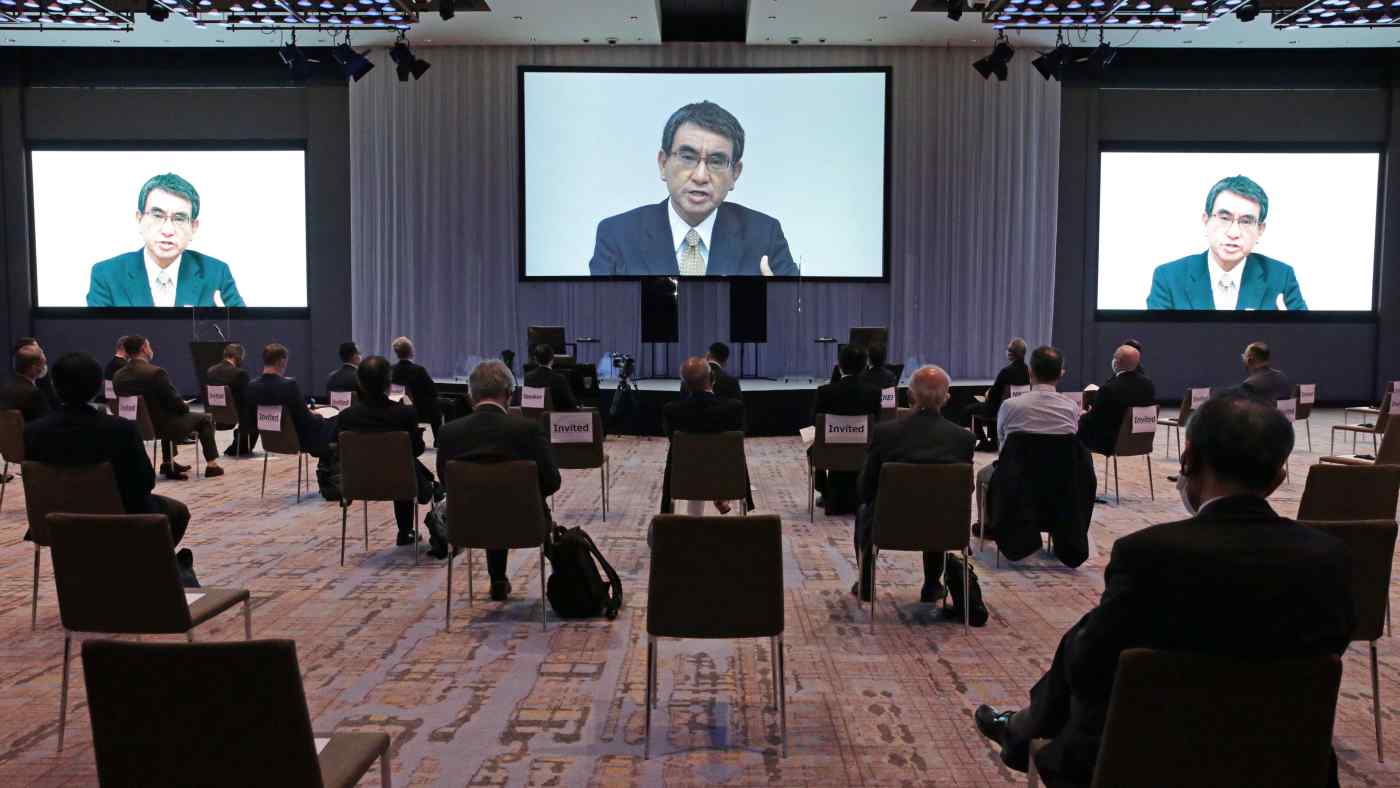 Taro Kono, the ex-defense minister told the 17th CSIS/Nikkei symposium, hosted by Nikkei and the Center for Strategic and International Studies, that the Japan-U.S. alliance will remain strong regardless of leadership changes in the two countries.
FRANCESCA REGALADO, Nikkei staff writerOctober 23, 2020 09:56 JST | Japan
CopyCopied

Kono was the foreign minister and then the minister of defense during the final three years of Shinzo Abe's prime ministership.