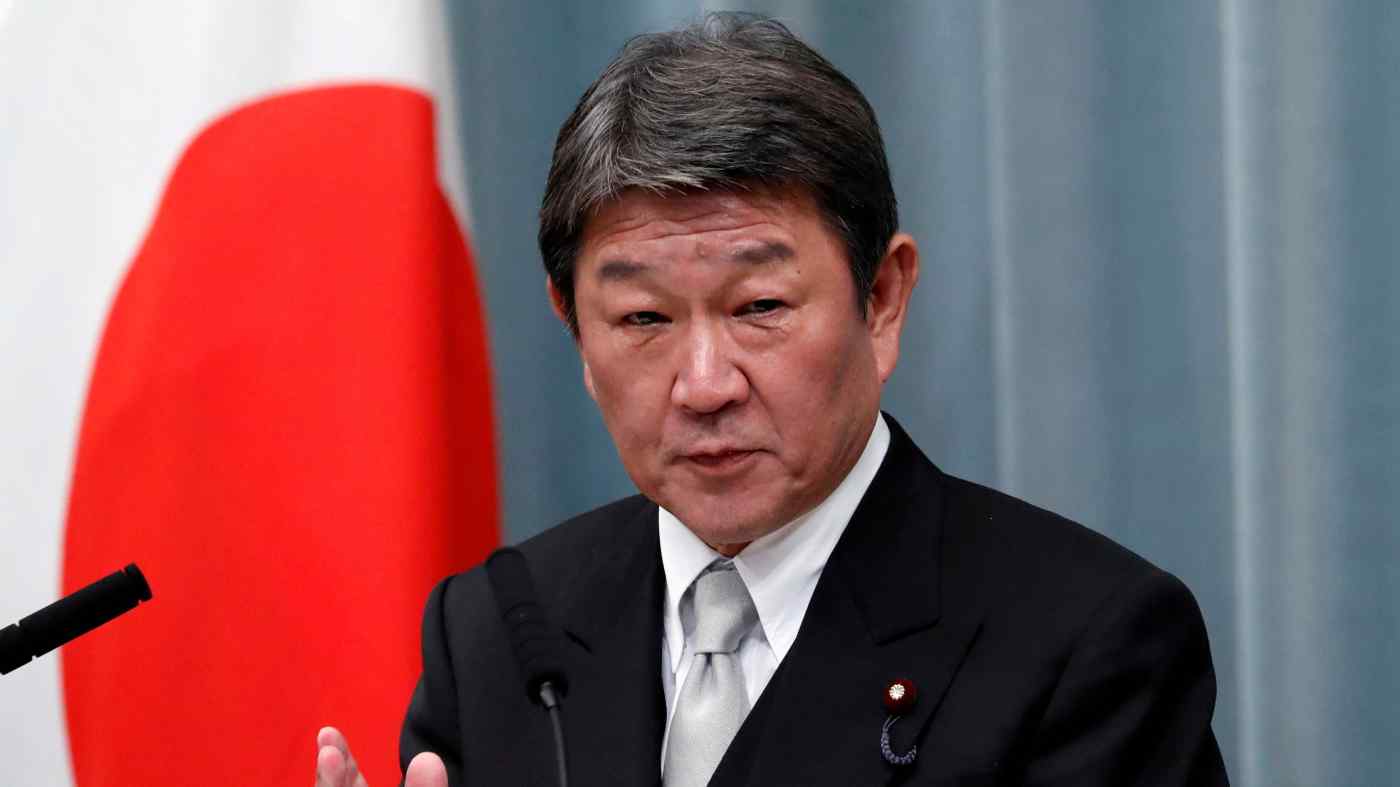 TOKYO (Kyodo) -- Japanese Foreign Minister Toshimitsu Motegi left Tokyo on Sunday for a trip to the Middle East including Iran and Israel, two countries that recently underwent changes in government.

The 10-day trip comes at a time when the democratic leadership of Afghanistan is teetering as Taliban insurgents tighten their grip on much of the country, a development that has stoked concerns about a potential spillover of instability across the region.

Motegi will also visit Egypt, Jordan, Palestine, Turkey and Qatar to discuss regional security issues as well as the response to the coronavirus pandemic, according to the Japanese Foreign Ministry.

Motegi's trip to the Middle East is the first since last October, when he visited Saudi Arabia and Kuwait.

He has stressed the importance of building relationships of trust with the new governments of Iran and Israel, two key powers in the region that carries strategic importance to Tokyo due to it being a major source of oil.

Earlier in the month, anti-U.S. hard-liner Ebrahim Raisi took office as Iran's president, vowing to pursue a nuclear program and calling for the lifting of international sanctions on Tehran.

Motegi is expected to call on Iran to resume dialogue with U.S. President Joe Biden given bilateral nuclear talks have been stalled since June.

Among topics likely to be on the table is an attack on a tanker owned by a Japanese firm and operated by an Israeli company last month off the coast of Oman.

The United States and Britain suspect Iran's involvement in the incident.

Motegi's visit is also timed to come soon after Israel's first change of power in 12 years in June when Naftali Bennett was sworn in as prime minister following the resignation of Benjamin Netanyahu.

Motegi initially considered visiting Iraq as well, but the COVID-19 situation there has prevented him from doing so, according to the ministry.