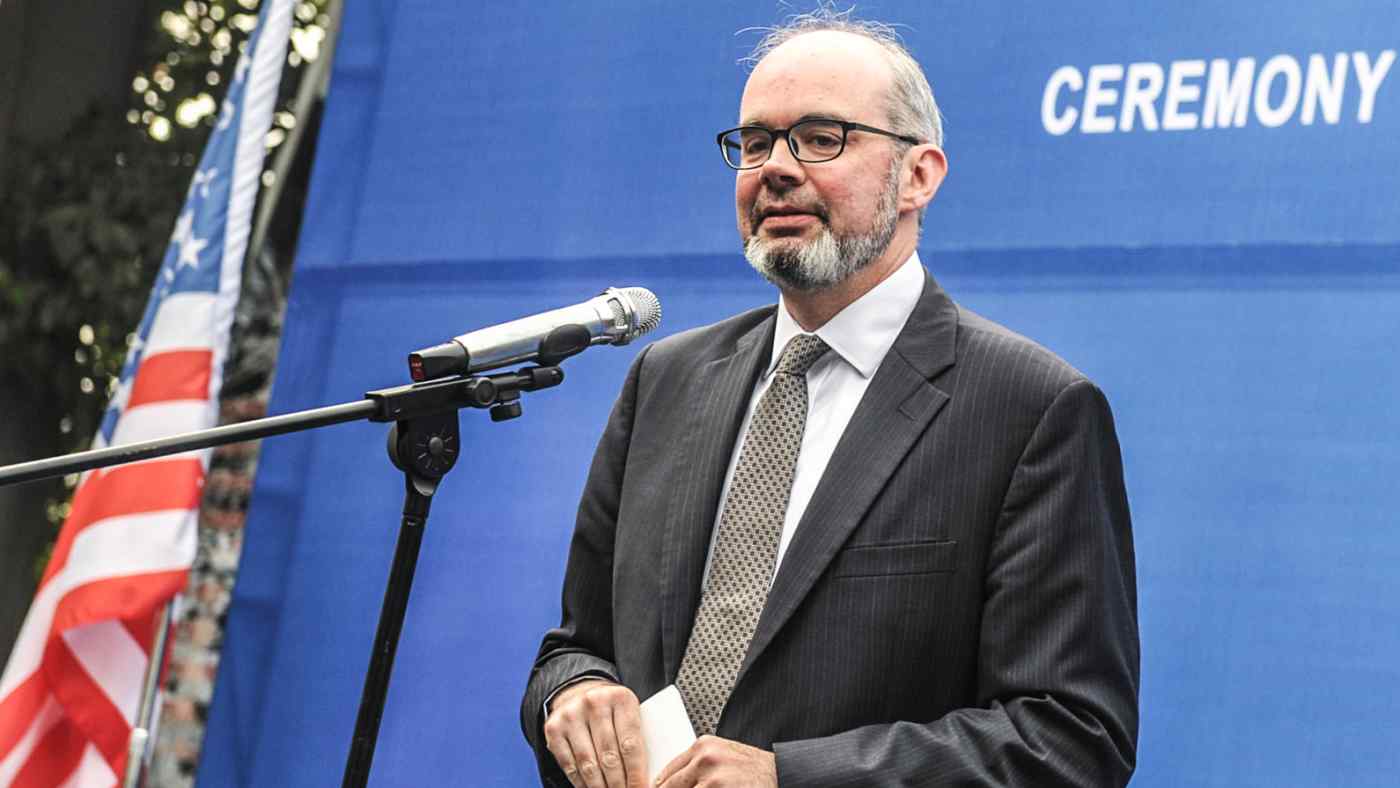 WASHINGTON -- The U.S. has installed a new representative in Japan to handle ambassador duties until President Joe Biden's presumed nominee, Rahm Emanuel, can be sworn in.

Greene, a 25-year career diplomat at the State Department, previously held such posts as director for Japan and East Asian economic affairs at the National Security Council. He has had other Japan-related assignments as well: As U.S. consul general in Okinawa, Greene played an intermediary role between the Japanese and U.S. governments for Operation Tomodachi, the American forces' aid effort following the 2011 earthquake and tsunami in northeastern Japan.

"I just assumed the position of Charge d'Affaires at @USEmbassyTokyo," Greene tweeted from his official account on Monday. "It is a special honor and an important time to rejoin the embassy team. I am excited to resume my life-long work to promote the #USJapanAlliance."

He added, "Returning to Tokyo feels like coming home."

Prior to taking on the charge d'affaires position, Greene served as deputy director of the American Institute in Taiwan, the de facto embassy representing the U.S. on the island.

He speaks both Japanese and Mandarin, according to a biography on the U.S. Embassy's website.

U.S. presidents typically appoint close confidants or political heavyweights to diplomatic posts in key countries. Typically, a career diplomat from the State Department is assigned to serve as charge d'affaires ad interim until the president's selection is officially inaugurated, as in the case of Greene.

If all goes according to reported plans, Emanuel will ultimately take over. The 61-year-old Chicago native served as former President Barack Obama's White House chief of staff and was a member of the House of Representatives from 2003 through 2008.

Emanuel left the Obama White House to run for mayor of Chicago, going on to serve two terms from 2011 to 2019.