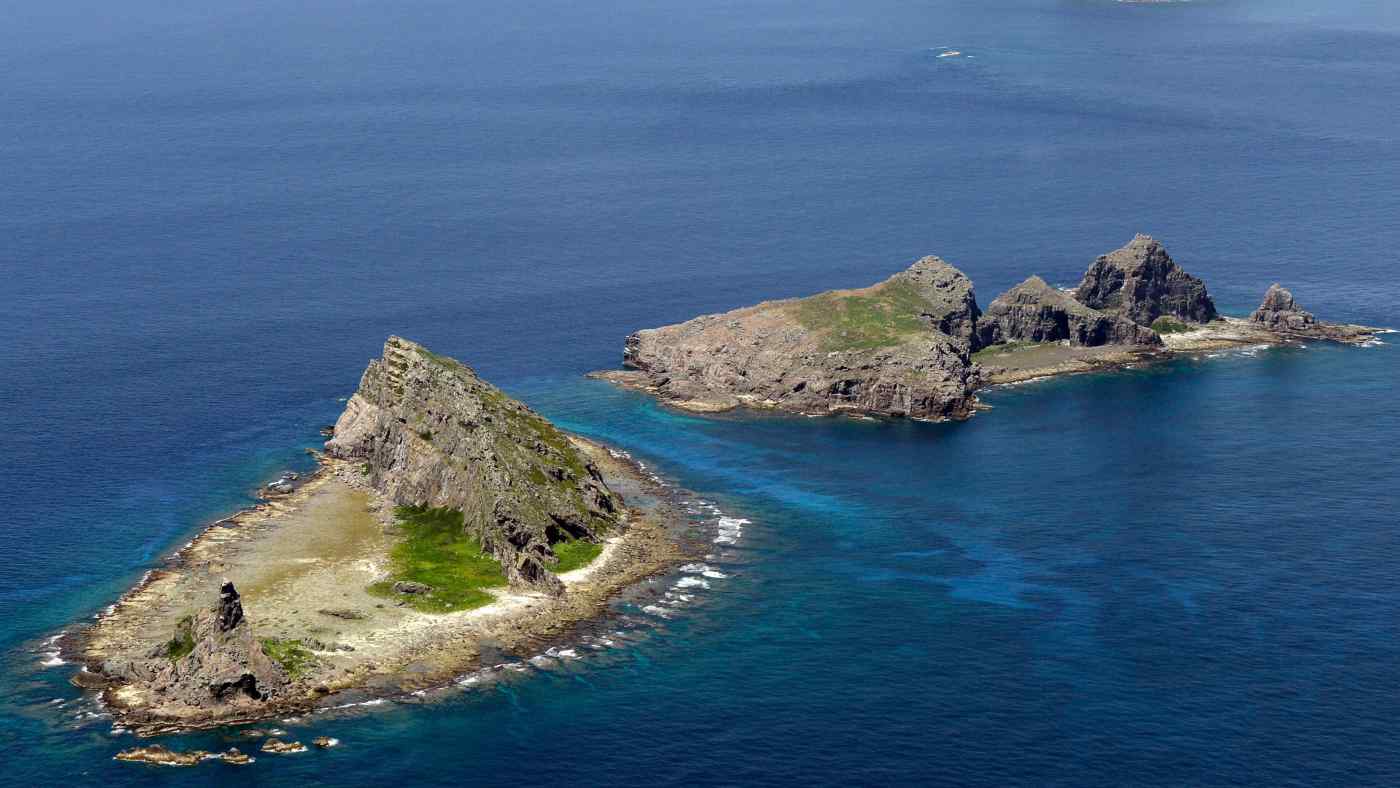 China has made repeated maritime incursions in the area of the Japan-administered Senkaku Islands.   © Kyodo
April 27, 2021 10:36 JST | Japan
CopyCopied

The 2021 edition of the Diplomatic Bluebook said China's expansion of military capabilities that lack transparency and growing unilateral actions to change the status quo in Asian waters pose "strong concerns" in the region and to the international community.

Last year's report described such Chinese military activities as "common concerns," while highlighting Chinese President Xi Jinping's visit to Japan for the Group of 20 summit in Osaka and a thaw in Japan-China relations.

The report, which continues to refer to ties with China as "one of the most important bilateral relations," comes at a time when China is stepping up activities in the territorial waters around Japan's Senkaku Islands in the East China Sea, a group of uninhabited islands Beijing claims and calls Diaoyu.

Japan has turned to a grouping with the United States, Australia and India, called the Quad, to advance concepts such as freedom of navigation in the Indo-Pacific region and the rule of law amid China's growing assertiveness.

The report said the framework's visions have gained international support, and Japan will seek to cooperate with more countries through bilateral and multilateral dialogues.

China accuses the Quad of being the beginnings of an Asian version of the North Atlantic Treaty Organization seeking to undermine its rise. The report submitted to the Cabinet by Foreign Minister Toshimitsu Motegi criticized China's new coast guard law which took effect earlier in the year authorizing the use of force by its coast guard in contested waters.

The report also cited China's alleged human rights abuses in the Xinjiang region and the crackdown on Hong Kong as issues of concern. It did not, however, refer to issues surrounding China's increasing activities around Taiwan, which Beijing regards as a renegade province to be reunited with the mainland.

The report explained the outcome of the in-person summit talks earlier this month between Prime Minister Yoshihide Suga and U.S. President Joe Biden in detail, but made no reference to their joint statement which explicitly mentioned Taiwan.

The statement after the summit in Washington earlier in April was the first time in more than half a century that such a document by Japanese and U.S. leaders has mentioned the self-ruled island.

As for Xi's postponed state visit to Japan, the bluebook said Tokyo and Beijing should focus on containing the coronavirus pandemic for the time being and are not ready to discuss rescheduling.

On relations with the United States, it said the Japan-U.S. alliance continues to serve as the cornerstone of Japan's diplomatic and security policies and its significance has grown more than ever in the face of growing uncertainties in the region's security environment.

On South Korea, the latest report opposes a January ruling by a Seoul court ordering the Japanese government to pay compensation to plaintiffs over their treatment in Japanese military brothels during Japan's 1910-1945 colonial rule of the Korean Peninsula.

The Japanese government takes the position that a 1965 bilateral agreement settled all claims related to its colonial rule of the peninsula, including those of the laborers and former "comfort women," and that the comfort women lawsuit should be dismissed based on sovereign immunity -- a principle under international law that allows a state to be shielded against the jurisdiction of foreign courts.

The South Korean court with a different panel of judges last week dismissed a similar damages lawsuit brought by a separate group of former comfort women, saying the country has no jurisdiction over the case.