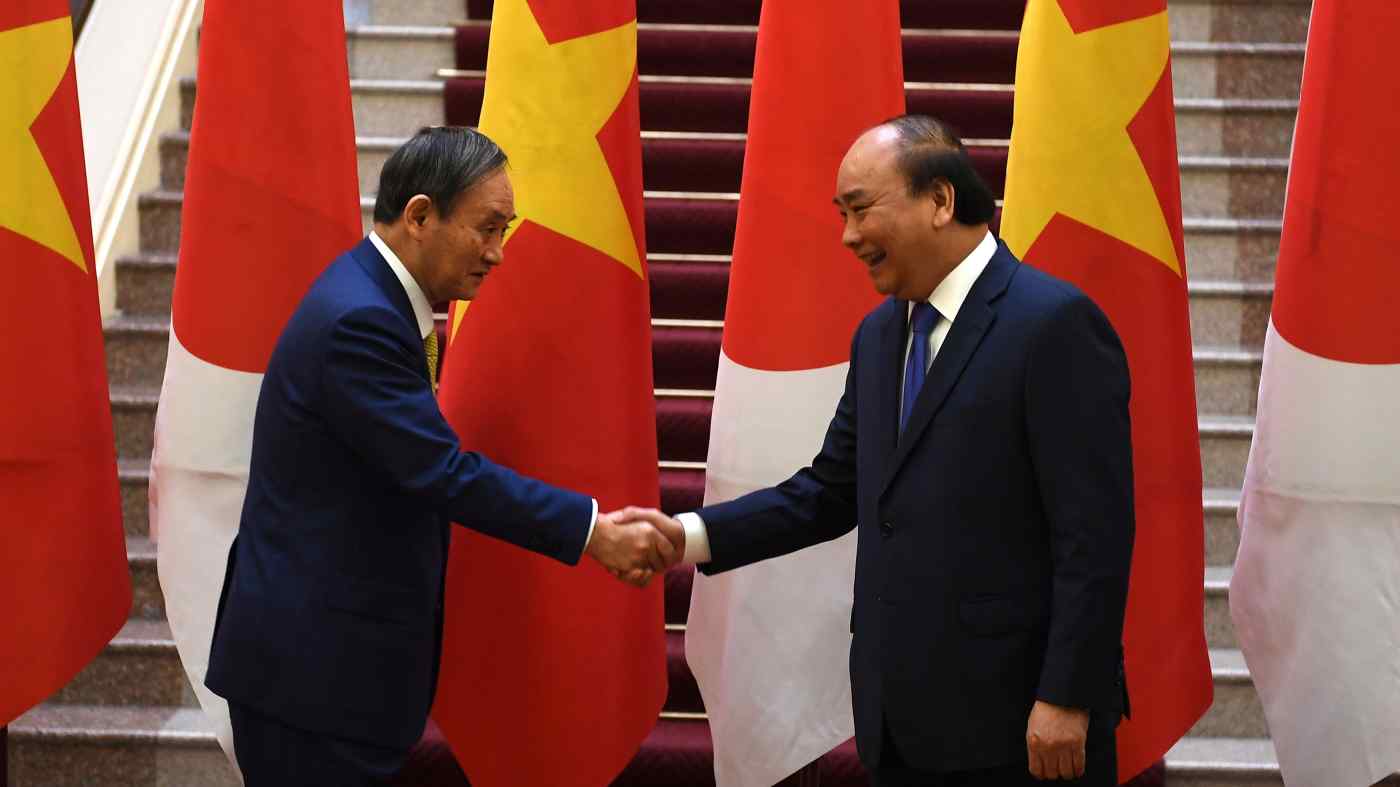 The accord was inked in Hanoi during Japanese Defense Minister Nobuo Kishi's first trip overseas after assuming the post last year. Japan will speed up talks with Vietnam to sell Self-Defense Forces' vessels, Kishi said in an online press conference, following a meeting with his Vietnamese counterpart Phan Van Giang.

Vietnam, as one of the key members of the Association of Southeast Asian Nations, is the 11th country to sign such an agreement with Japan, at a time when China is asserting its claims in parts of the East and South China seas.

A ministry official said the accord comes as "Vietnam is diversifying its sources of defense equipment."

Vietnam has strong defense ties with Russia and relies on it for most of its equipment, including submarines and fighter jets, as it was part of the former Communist bloc during the Cold War.

The accord will "strengthen Japan's defense industrial base and is expected to contribute to the country's security," Kishi said.

He added they agreed to work together for a rules-based order and reaffirmed the importance of freedom of navigation and overflight, as well as to abide by international law, in a veiled counter against Beijing.

Vietnam has territorial disputes with China over the Spratly and Paracel island groups in the South China Sea, with Beijing accused of militarizing the outposts it has built.

During the meeting, Kishi told Giang he wants to send a message to the international community to express his strong opposition to "any unilateral attempts to change the status quo," as Beijing lays claim to the Japanese-administered Senkaku Islands in the East China Sea.

Kishi conveyed his view to maintain and strengthen a free and open Indo-Pacific and raised concerns regarding a Chinese law implemented in February, allowing its coast guard to use weapons against foreign ships it views as having illegally entered its waters.

Kishi said he told Giang that "the stability of the situation over Taiwan is important" for the security of Japan and the rest of the world, while agreeing to step up bilateral cooperation, such as through port calls in Vietnam by SDF vessels and aircraft, and in the area of cybersecurity.

He also said Japan will work with Vietnam to achieve North Korea's "complete, verifiable and irreversible dismantlement of all weapons of mass destruction and ballistic missiles of all ranges."