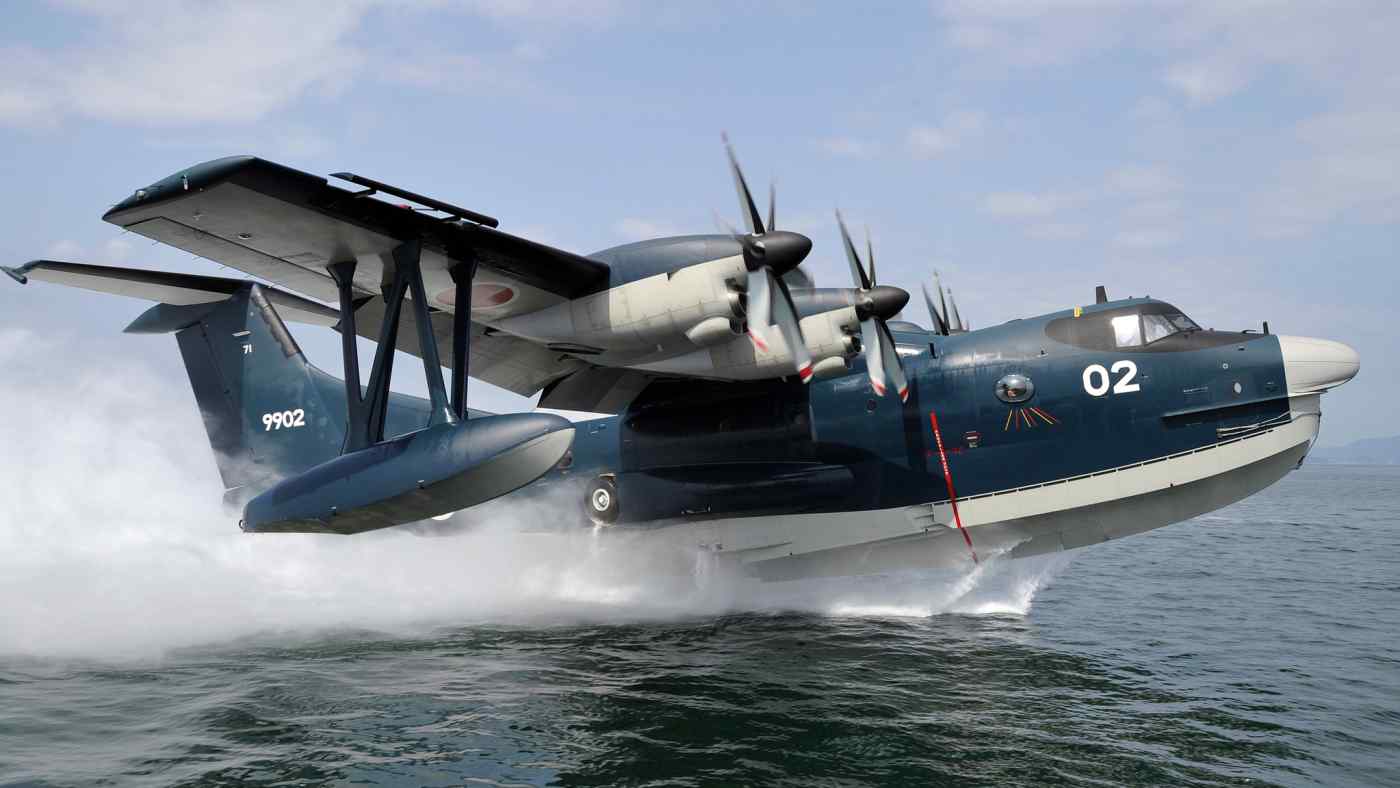 With the US-2 priced at more than $90 million, Greece is expected to seek assistance from the EU in making the purchase. (Photo courtesy of Japan Maritime Self-Defense Force)   © Reuters
MASAYA KATO, Nikkei staff writerJuly 29, 2018 04:09 JST | Japan
CopyCopied

TOKYO -- Japan will begin negotiations with Greece to export the US-2 rescue aircraft in a deal that would mark the nation's first sale of finished defense equipment, sources have told Nikkei.

Greece is modernizing its aging fleet of firefighting planes and plans to replace several dozen. The European country has expressed interest in buying the amphibious craft produced by ShinMaywa Industries.