Post-Brexit pact to include digital rules and remove auto tariffs 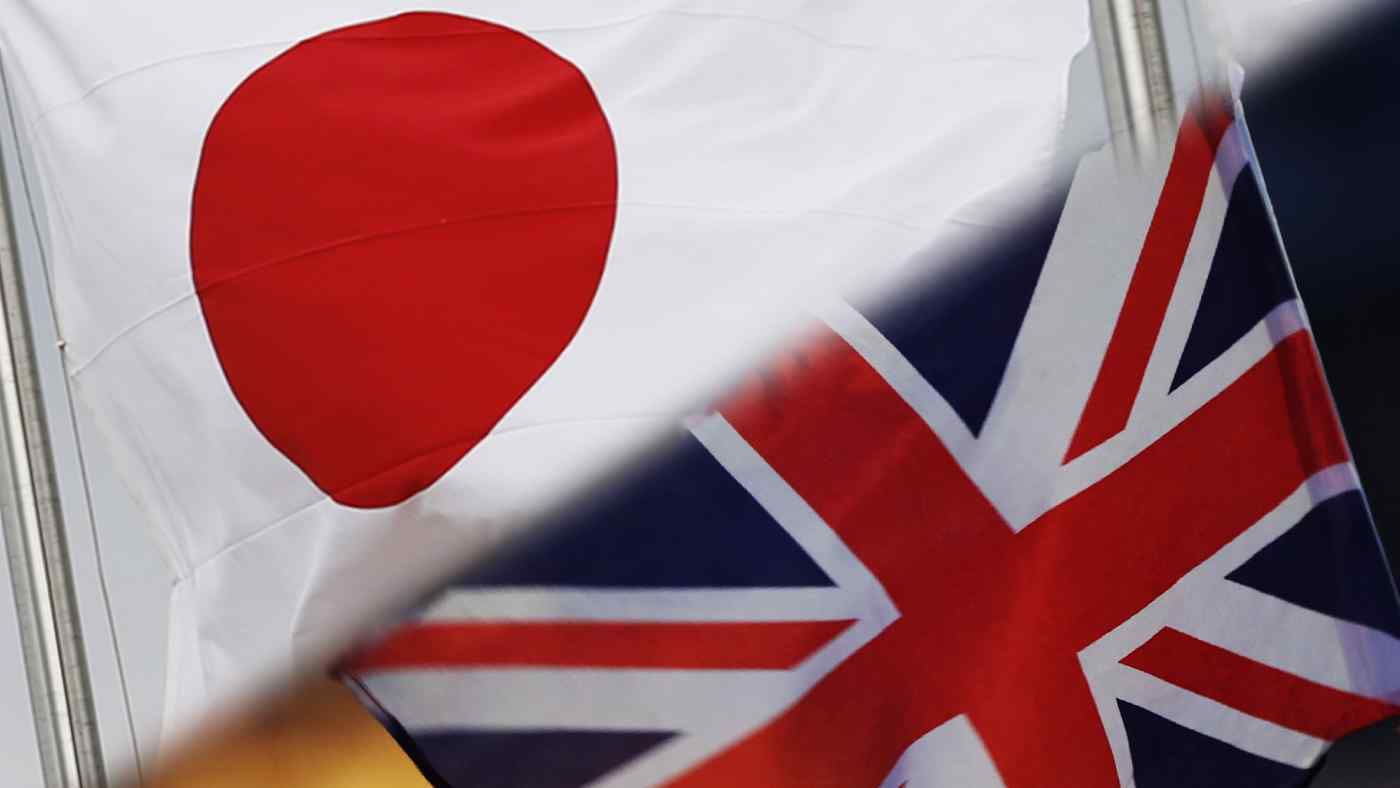 TOKYO/LONDON -- Japan and the U.K. have kicked off negotiations to strike a trade deal in near record time, with Tokyo setting a goal of finalizing an agreement within weeks to minimize disruptions when the transition period for Brexit concludes at the end of the year.

The countries currently enjoy preferential tariffs and other trade perks under Japan's economic agreement with the European Union. But the pact stops applying to the U.K. once the Brexit transition ends, so the countries aim to enact a similar trade deal on Jan. 1. This would require them to complete talks that normally take years before Japan's fall parliamentary session ends.

"That means we must complete negotiations by the end of July," Hiroshi Matsuura, Japan's chief trade negotiator, told the Financial Times this week.

Japanese and British ministers agreed on June 9 to begin trade negotiations. The U.K. positions a trade deal with Japan as its biggest priority after a pact with the U.S. It hopes to leverage a bilateral agreement toward its membership in the revised, 11- member version of the Trans-Pacific Partnership, or the TPP-11.

Japan aims to include advanced digital regulations in its bilateral deal with the U.K., building on the provisions from TPP-11.

Meanwhile, the EU economic partnership bars only the forced disclosure of source codes. Japan and the EU had agreed to continue discussion on the other topics.

Japan seeks expansive digital provisions that go beyond TPP-11 in its trade pact with the U.K., in hopes of curbing China's state-led approach to data management. The U.K. so far has been open to the idea, and Japan aims to make it a reality despite the short timeline for negotiations.

Automobiles and agricultural products are expected to become hot topics as well.

The EU agreed to scrap its tariff on Japanese autos, which initially was 10%, on the eighth year of the economic partnership agreement. Japan will push the U.K. to either remove the tariffs immediately, or at least earlier than under the EU agreement.

In terms of European agricultural products, Japan had agreed to a duty-free import quota for malt and other items. The U.K. is expected to push for its own quota, but a Japanese government source said this will not be an option.

Negotiations could hit snags, especially with the U.K. sending signals that it will protect its auto industry. Several British government sources said the countries will need to balance their expectations and deadlines.