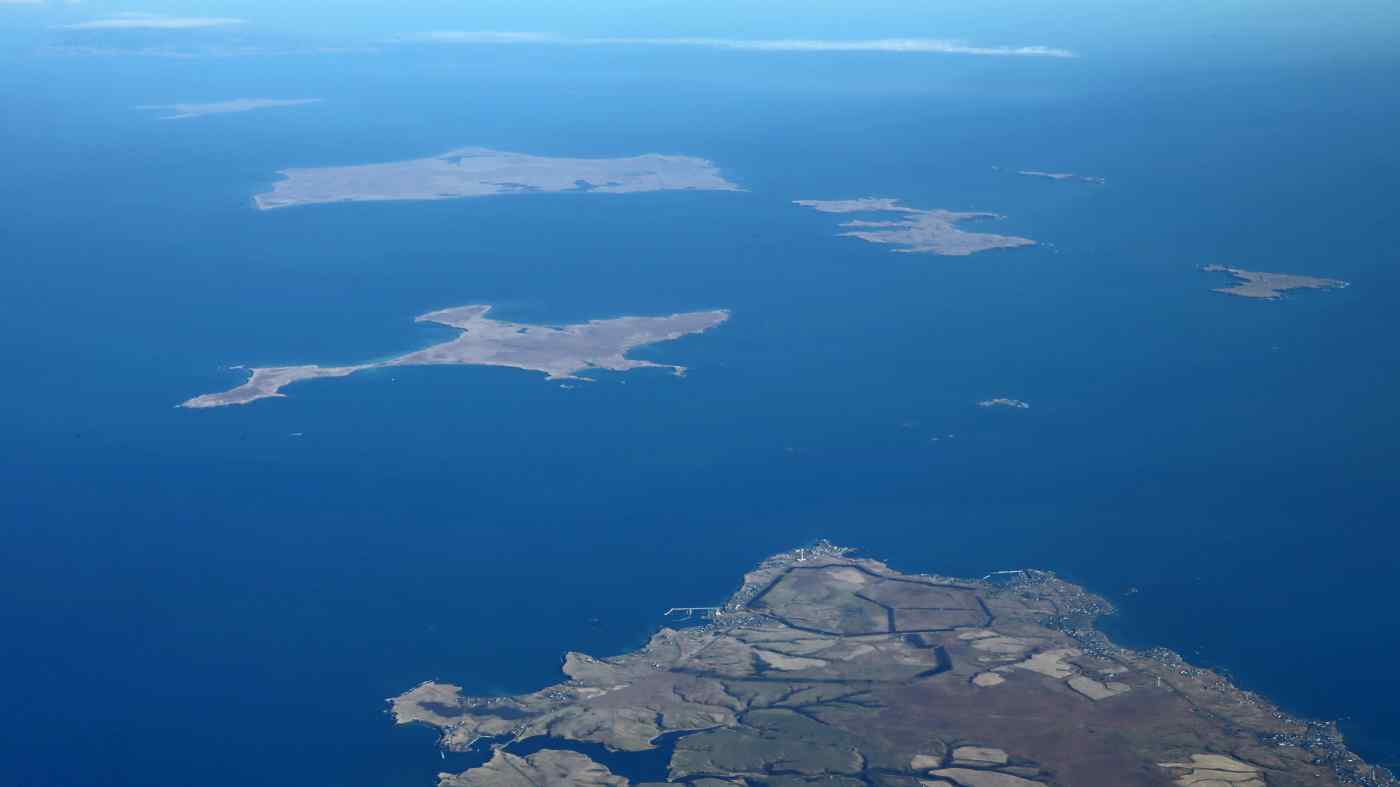 A dispute over remote islands off the coast of Hokkaido has kept Japan and Russia from signing a postwar peace treaty.   © Kyodo
April 22, 2022 14:16 JST | Japan
CopyCopied

TOKYO (Kyodo) -- Tokyo has returned to a hard-line stance in its decades-long territorial dispute with Moscow following Russia's invasion of Ukraine, stating in its annual foreign policy report released Friday that four northern islands are "illegally occupied" by Russia.

The wording on the status of the islands, off Japan's northernmost main island of Hokkaido, used in the 2022 Diplomatic Bluebook appeared for the first time since the 2003 report, highlighting Tokyo's departure from a conciliatory approach toward Moscow.