Foreign Minister enjoys playing the guitar and keyboard in a band 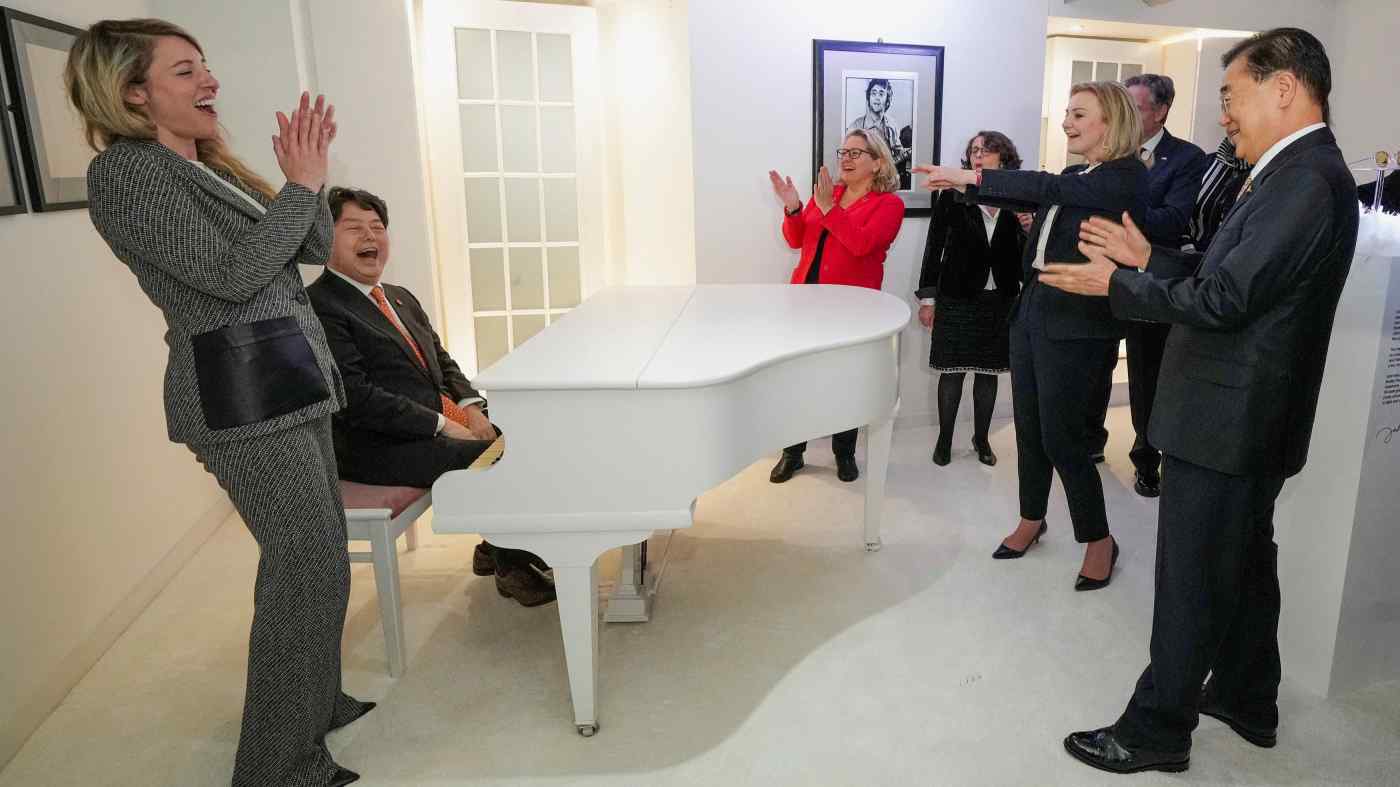 Japanese Foreign Minister Yoshimasa Hayashi is applauded by G7 foreign Ministers after playing 'Imagine' on a replica of John Lennon's piano during a visit to The Beatles Story Museum at the end of the first day of the G7 foreign ministers summit in Liverpool, Britain Dec. 11.   © Reuters
December 12, 2021 23:31 JST | Japan
CopyCopied

A pool photo taken at the "The Beatles Story" museum in the legendary rock band's hometown of Liverpool showed ministers from the G-7 nations and guest countries, including South Korea, smiling and clapping their hands while Hayashi sat in front of a white piano.