Prime minister will be first Japanese leader to attend since 2014 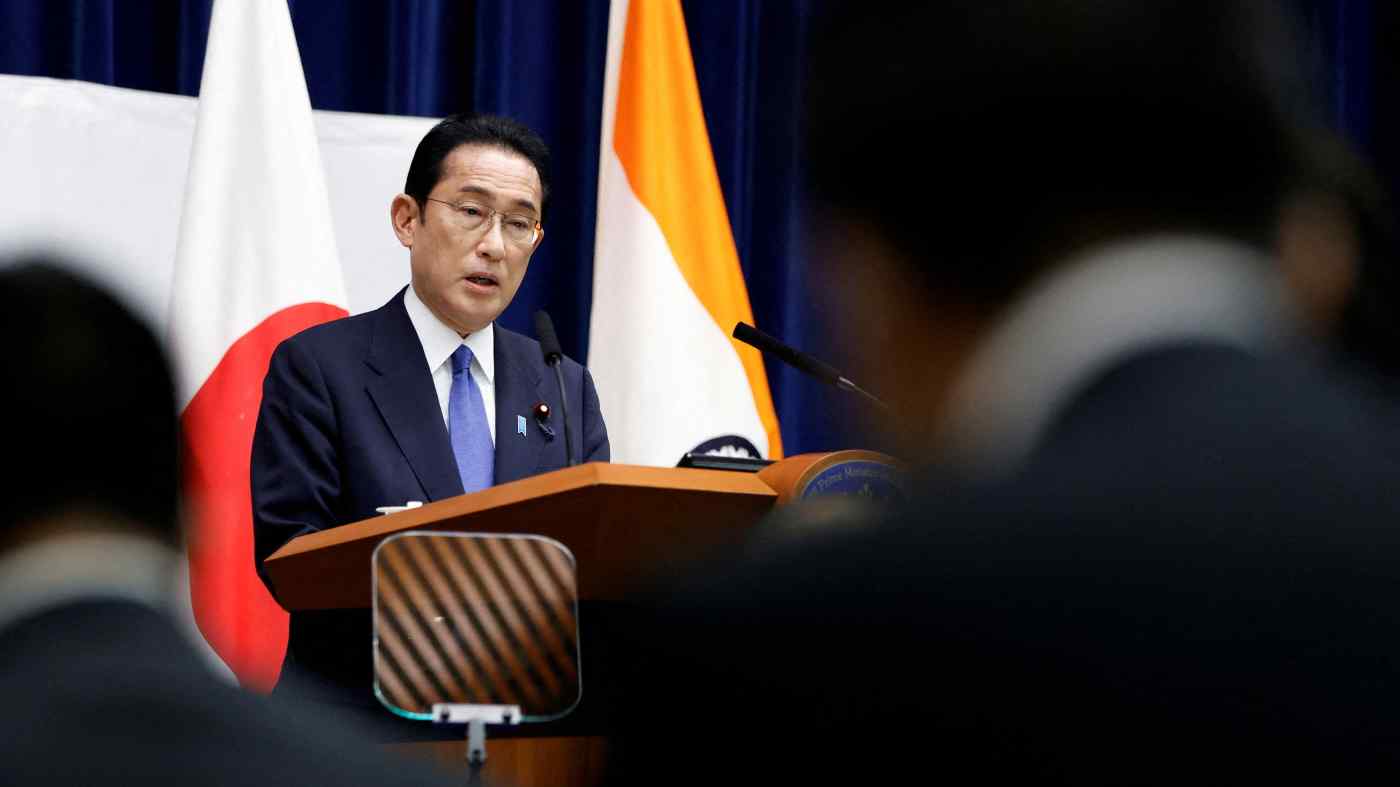 Prime Minister Fumio Kishida will attend the Shangri-La security dialogue in Singapore, starting June 10 and will give a keynote address at the forum.   © Reuters
June 1, 2022 17:14 JST | Japan
CopyCopied

TOKYO (Kyodo) -- Prime Minister Fumio Kishida will visit Singapore to attend the Shangri-La security dialogue from June 10, becoming the first Japanese leader to do so since 2014, the government said Wednesday.

The visit comes as Kishida aims to stress the need for coordinated efforts to deal with Russia's aggression in Ukraine and the rise of an assertive China. The prime minister will deliver a keynote speech at the forum.

The annual security forum, known as the Shangri-La Dialogue, is scheduled to be held from June 10 to 12, attended by defense ministers, officials, and experts. During his trip, Kishida is expected to hold talks with Singapore Prime Minister Lee Hsien Loong, a Japanese government source said.

"As the only Asian nation among the Group of Seven, I will tell (the audience) the kind of role Japan will play going forward at a time when the diplomatic and security environment is becoming increasingly severe," Kishida said during a parliamentary session.

In 2014, then Prime Minister Shinzo Abe delivered a speech at the Shangri-La Dialogue.

Japan has strongly condemned Russia's invasion of Ukraine, seeing it as an example of the use of force to change the status quo in clear violation of international law. It has coordinated with other G-7 nations in imposing sanctions to isolate Moscow.

Kishida has repeatedly called for efforts to prevent a similar crisis from taking place in the Indo-Pacific, where China's assertive moves have heightened regional tensions.

"The prime minister will explain efforts to realize a 'free and open Indo-Pacific' and our foreign and security policy," Chief Cabinet Secretary Hirokazu Matsuno said at a press briefing.