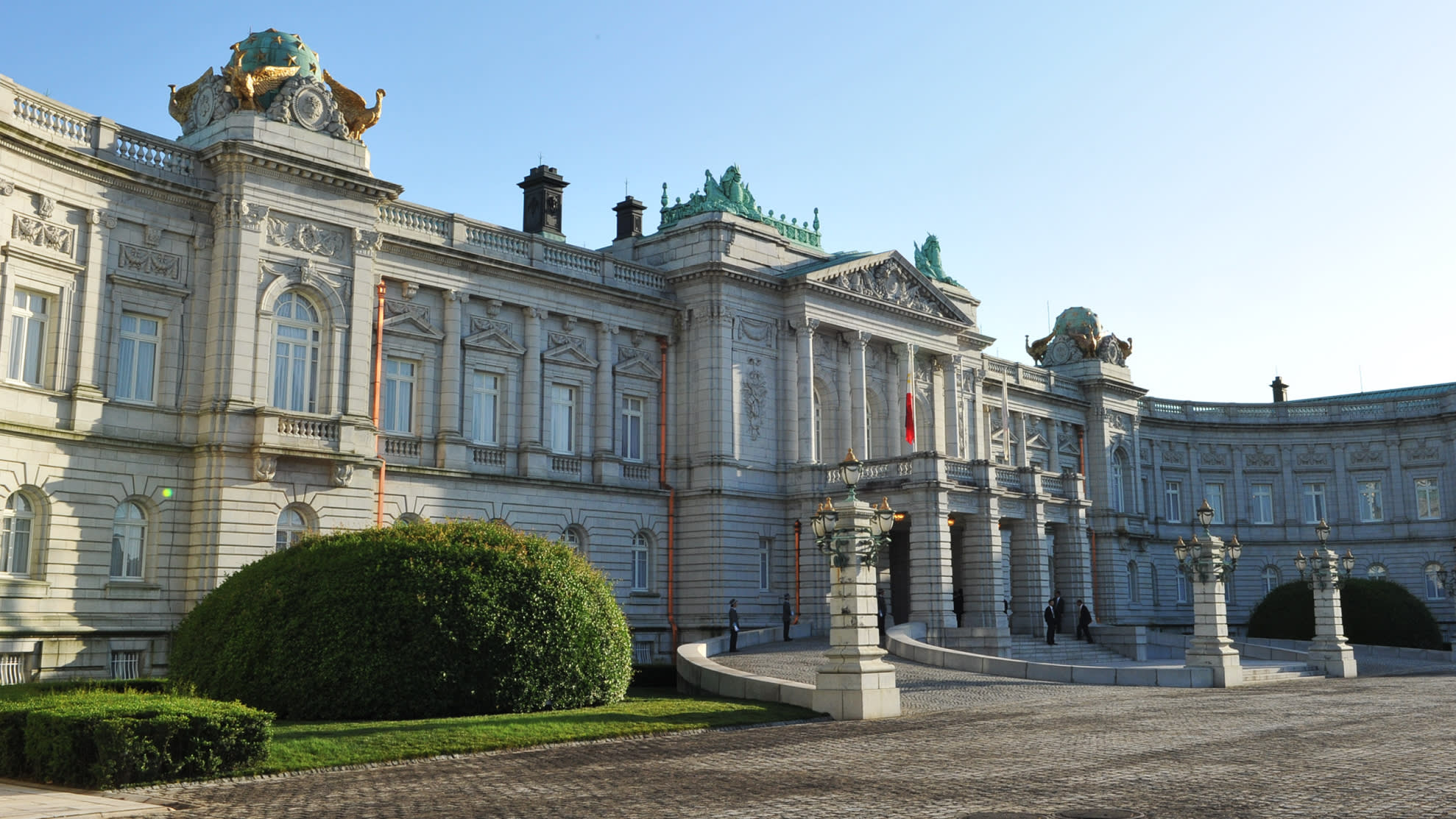 TOKYO -- The grounds of Akasaka Palace stand empty here at a time of year usually full of tourists, as the gates remain closed to both high-profile visitors and everyday tourists alike.

Although the closure is a precaution amid the coronavirus outbreak, the downtime at the State Guest House is being used to refurbish the palatial building, and add new features, in preparation for the eventual return of guests.

The neo-Baroque structure, styled after Paris's Palace of Versailles, lies at the end of a footpath bound by rows of tulip trees. The halls of the State Guest House, known as the Geihinkan in Japan, have gone silent amid the pandemic.

Akasaka Palace had been preparing for a busy spring, including welcoming a high-profile visitor. Chinese President Xi Jinping, slated to arrive in April, would have attended a summit with Japanese Prime Minister Shinzo Abe at the State Guest House, which would also provide lodging for Xi. An advance team from China completed inspections in February.

The palace was built in 1909, in the Meiji era. That period, when Japan became the first country in the region to attain modernity, has captured the strong interest of other Asian leaders.

When Chinese Vice President Wang Qishan visited Akasaka Palace last October, he was informed that the palace was celebrating the 110th anniversary of its 1909 construction.

"That's three years before the end of the Meiji era," Wang replied without missing a beat.

The coronavirus led to the postponement of Xi's first visit to the State Guest House, which has been closed to the public since late March. On the website, the calendar for this month's public openings is festooned with x's.

Akasaka Palace was originally built as a residence for the crown prince. Chandeliers weighing 800 kg grace the interior, along with gold-leaf designs. 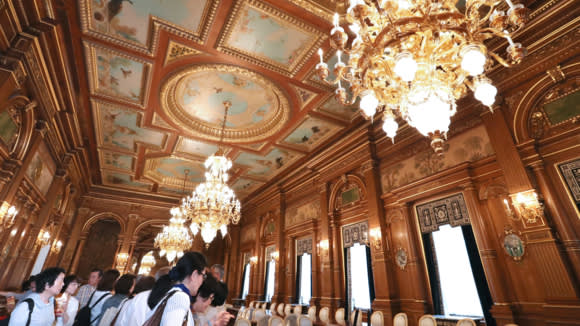 800-kg chandeliers hang in the interior of the state guesthouse. (Photo by Rie Ishii)

After World War II, ownership was transferred from the Imperial household to the state. Akasaka Palace served variously as a legislative library, a judicial impeachment court and as the location of the 1964 Tokyo Olympic organizing committee.

The government decided to permanently repurpose the palace into a state guesthouse in 1967, during the latter part of Japan's high-growth period.

"There are few countries that do not have state guesthouses, despite these numbers of state guests received," said Takeshi Usami, then the grand steward of the Imperial Household Agency, said in 1965.

The palace assumed its current role in 1974, welcoming then-U.S. President Gerald Ford as its first guest, followed by the U.K.'s Queen Elizabeth II. It served as the venue for all three of the Group of Seven summits held in Tokyo and, in 2013, hosted a banquet for observers from the International Olympic Committee during the capital's Olympic bid.

The facility accommodates foreign dignitaries on state visits -- the highest level of formality -- as well as official visits, the next step down, unless guests ask otherwise. It may also be used on official working visits on request, but not for working visits or trips for international meetings.

The State Guest House has seen fewer guests in recent years. During a state visit by U.S. President Donald Trump last year, a welcome ceremony and a working lunch were held at the palace, but Trump stayed at a hotel. Predecessor Barack Obama also opted for a hotel during his trip in 2014. 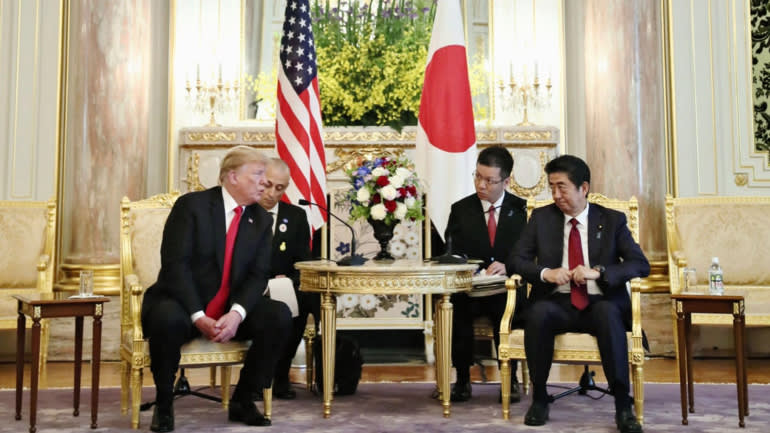 Akasaka Palace has been the venue for many diplomatic events.    © Kyodo

Akasaka Palace "has few rooms," a Foreign Ministry representative said. "When countries send too many people to have everyone stay there, they use high-end hotels instead."

Keeping the entire delegation in a single hotel makes it easier to handle any contingencies that may arise, according to the representative. The proliferation of luxury hotels with state-of-the-art amenities in Tokyo is a factor as well.

Despite the shift, nine of Japan's 15 state guests over the past decade have stayed at the palace. Six hailed from Asian countries, including Singapore and Vietnam. According to the Cabinet Office, which oversees the State Guest House, Asian countries are keenly interested in it as a symbol of successful modernization.

Japan has recently used the palace as the face of the nation for tourists as well as dignitaries. It began opening to the public year-round in 2016 under the auspices of Chief Cabinet Secretary Yoshihide Suga, who called it "meaningful as a symbol of our becoming a tourism-oriented country."

The government's Future Investment Strategy 2018 included plans to build new facilities by the main gate, with information in multiple languages about areas closed to the public. The building is nearly finished and close to opening.

Now, with the flow of visitors cut off, the sound of construction can be heard from time to time within the State Guest House as the lull is used as an opportunity to repair areas of the walls and ceiling that have deteriorated over the past 111 years.

"We're preparing for the time after the coronavirus," said Masachika Kusaka, director-general of the facility.