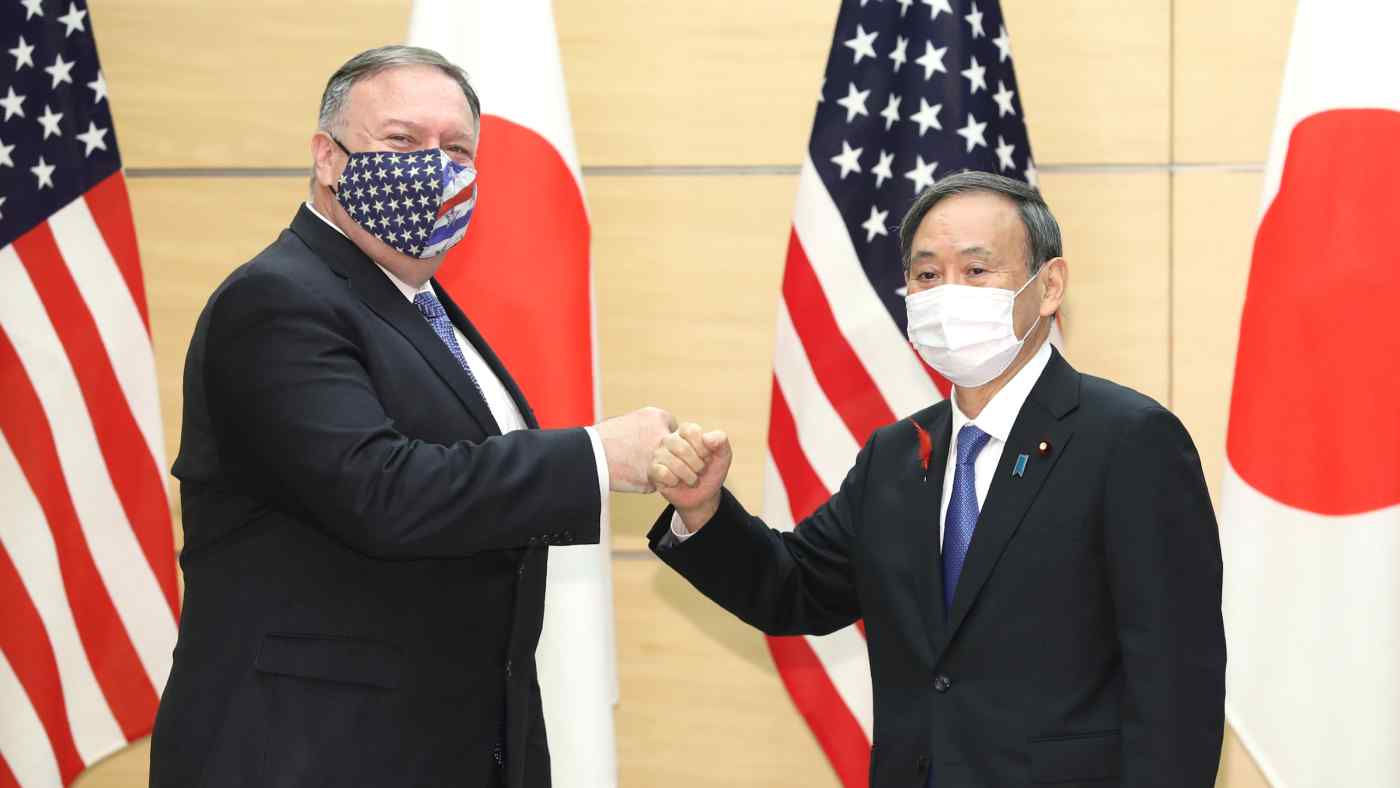 In the 15-minute talk, the two affirmed their shared view that the Japan-U.S. alliance is foundational to peace and stability in the region and in the international community.

They agreed to work together with like-minded nations including fellow Quad members Australia and India. The chief diplomats of the four Quad countries gathered later that day.

Suga expressed his hope for a speedy recovery for U.S. President Donald Trump and first lady Melania Trump after both were diagnosed with COVID-19.

He also sought Washington's cooperation to resolve the longstanding issue of past North Korean abductions of Japanese nationals.

Pompeo pledged Washington's full support for the Tokyo Olympics, which have been postponed until next summer due to the pandemic.