ABOARD USS LINCOLN (Reuters) -- Japan's foreign minister promised his country would bolster its military to help the United States maintain regional security during a visit on Saturday to a U.S. aircraft carrier patrolling Asian waters.

"Today I was able to experience first hand the frontline of national security," Yoshimasa Hayashi told reporters in the hangar deck of the USS Abraham Lincoln sailing in waters south of Tokyo. Japan will "significantly strengthen" its defence capabilities and work closely with the United States, he added.

Hayashi spoke amid concern in Japan that Russia's invasion of Ukraine, which it sees as an affront to international diplomatic norms, could encourage neighbouring China to use military muscle to win control of Taiwan and threaten nearby Japanese islands.

China has said its intentions in Asia are peaceful. 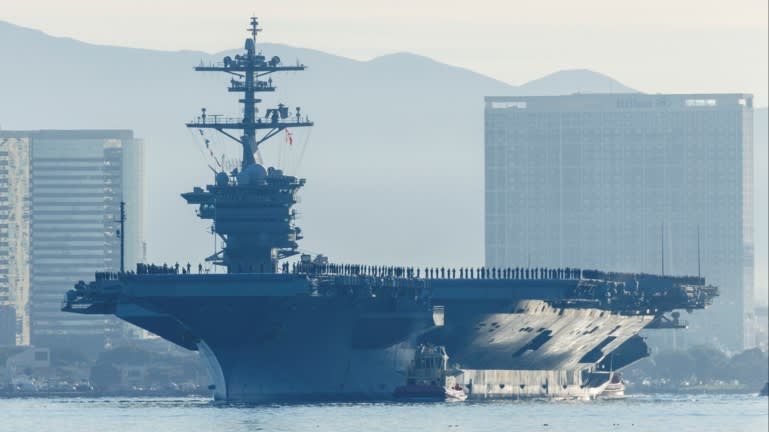 Hayashi flew out to the aircraft carrier from Tokyo with U.S. Ambassador Rahm Emanuel, who warned that the invasion of Ukraine, which Russian describes as a "special operation", posed security risks in regions far beyond Europe, including in the Indo Pacific.

The two watched carrier flight operations from the deck of the Lincoln, which had just sailed from the Sea of Japan close to the Korean peninsula where it had conducted naval exercises with Japan's Maritime Self Defense Force following the latest missile launch by North Korea.