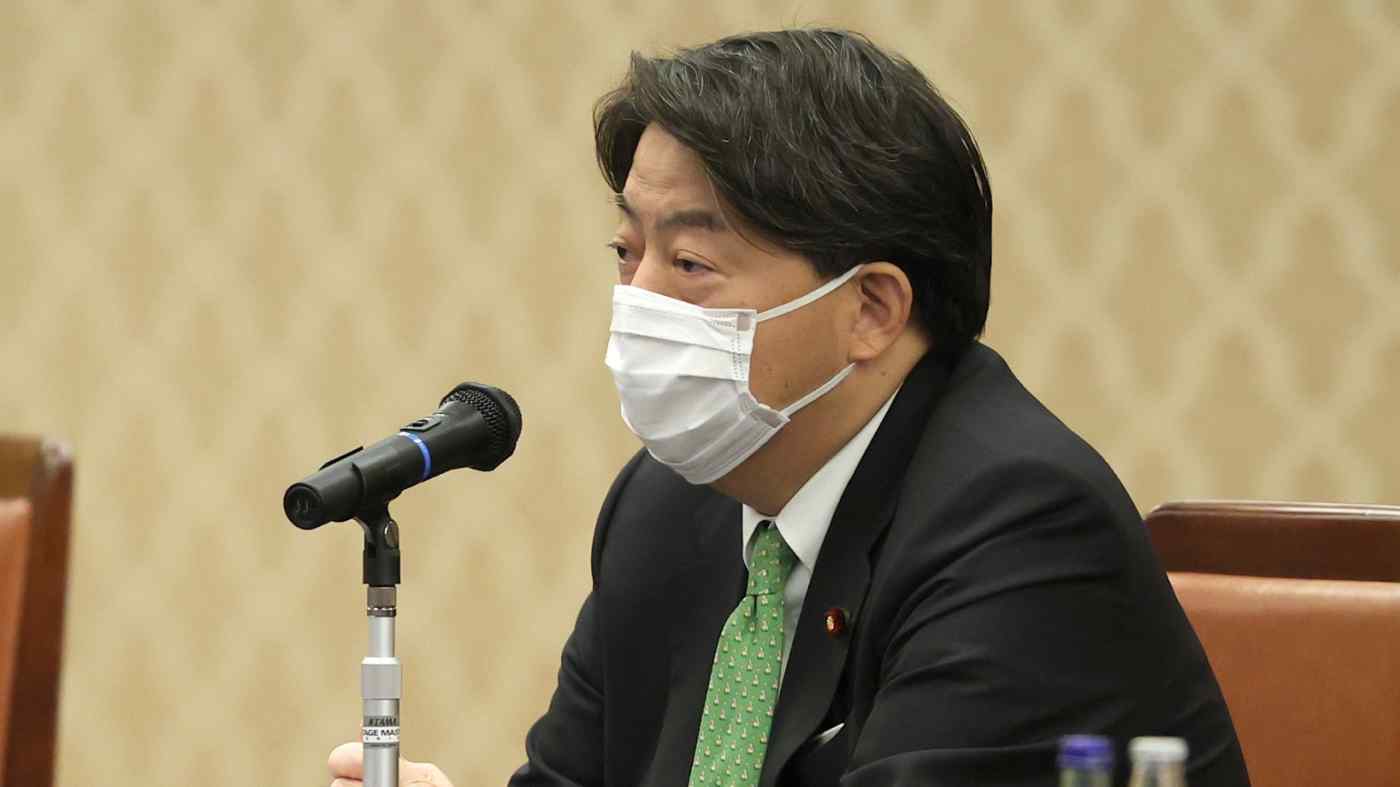 TOKYO (Kyodo) -- Japan's new Foreign Minister Yoshimasa Hayashi spoke by phone Thursday with his Chinese counterpart Wang Yi, telling him that peace and stability in the Taiwan Strait are important and conveying concern about the repeated intrusions of ships sent by Beijing into Japanese waters near the Senkaku Islands.

The conversation with Wang, who is also a state councilor, was the first since Hayashi became Japan's top diplomat on Nov. 10. During the call that lasted about 40 minutes, Hayashi also voiced "serious concern" over human rights issues in Hong Kong and China's far-western Xinjiang region, according to the Japanese Foreign Ministry.

Japan and China will mark the 50th anniversary of the normalization of bilateral diplomatic ties next year. But their relations remain tense over territorial, security and wartime issues.

Hayashi and Wang agreed that the two countries should stabilize relations and take advantage of the anniversary to promote economic and people-to-people exchanges, according to the ministry.

A Japanese government official said they did not discuss a potential first visit to Tokyo by Chinese President Xi Jinping since he took office in 2013. The visit had been set for spring last year but was delayed due to the coronavirus pandemic.

The Japan-controlled Senkakus in the East China Sea are claimed by China, which frequently sends coast guard ships near the uninhabited islets as its buildup of maritime power intensifies amid regional tensions and rivalry with the United States.

While speaking to Hayashi, Wang referred to Xi's virtual meeting earlier this week with U.S. President Joe Biden and said that Beijing has "healthy communication" with Washington, according to the official.

In addition to the long-standing islet issue, Japan, which is calling with the United States for the defense of a rules-based international order and democratic values, has had a strained relationship recently with China over human rights issues and Taiwan, regarded by Beijing as internal affairs.

Just ahead of the conversation with Wang, Hayashi spoke by phone with French Foreign Minister Jean-Yves Le Drian for about 25 minutes and both sides agreed to deepen maritime cooperation in the Indo-Pacific region, the ministry said.