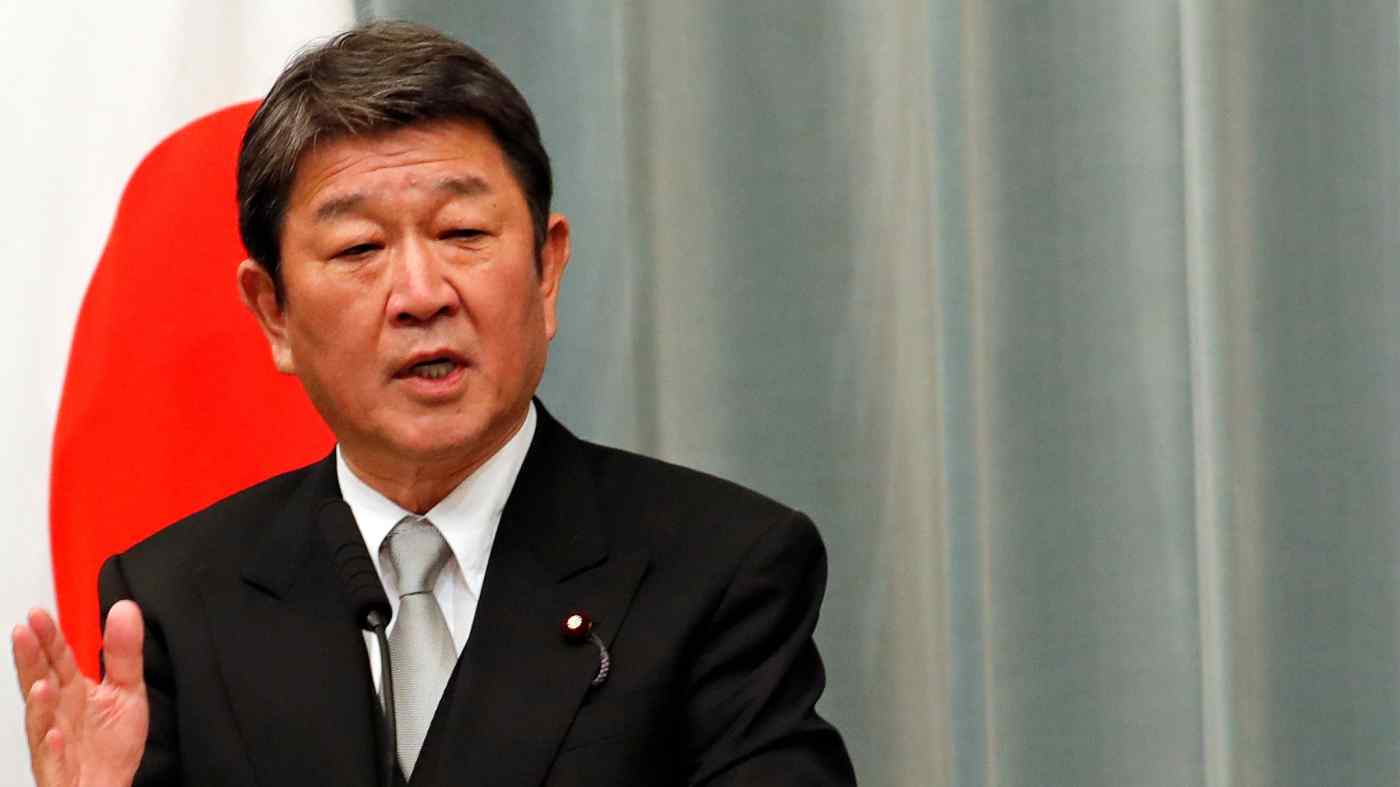 TOKYO -- Japanese Foreign Minister Toshimitsu Motegi has kicked off a tour that will take him to Europe and the Middle East, with the "free and open Indo-Pacific" strategy to feature heavily.

The choice of destinations is telling.

France and Germany have issued their Indo-Pacific strategies. Saudi Arabia, this year's president of the Group of 20, and Portugal, which will hold the presidency of the European Union for the first half of 2021, are each in a position to set the agenda for international discussions.

While Motegi had to cancel the German part of the trip, with Foreign Minister Heiko Maas in quarantine after one of his bodyguards tested positive for COVID-19, the plan is to discuss maritime security with these countries at a time when Chinese activities in the Indo-Pacific, as well as the Hong Kong situation, have raised international concern.

France's overseas territories in the Indian and Pacific oceans include French Polynesia and Reunion. It maintains a New Caledonia military base that monitors Chinese activities, including in the South China Sea.

In France, Motegi will meet with Foreign Minister Jean-Yves Le Drian to discuss cooperation in the region.

Under this strategy, Japan and France have worked more closely together on maritime security. They conducted a joint anti-piracy exercise in the Gulf of Aden this March, and both took part in the U.S.-led Rim of the Pacific exercise in August.

Japan and France have held joint foreign and defense ministers' talks roughly every year since 2014. Motegi hopes that his trip will pave the way for a "two plus two" meeting in Tokyo soon, as well as for greater economic and security cooperation.

China faces growing pushback from Europe as a whole over its handling of the pandemic and the controversial national security law imposed on Hong Kong. Motegi aims to better coordinate with European nations on responding to Beijing.

Germany also issued its first-ever policy guidelines for the Indo-Pacific in early September, signaling a departure from an Asian strategy centered on China. It has expressed concerns over human rights in Hong Kong and in China's Xinjiang region, home to the Uighur Muslim minority, and suggested that China is stealing technology from European manufacturers.