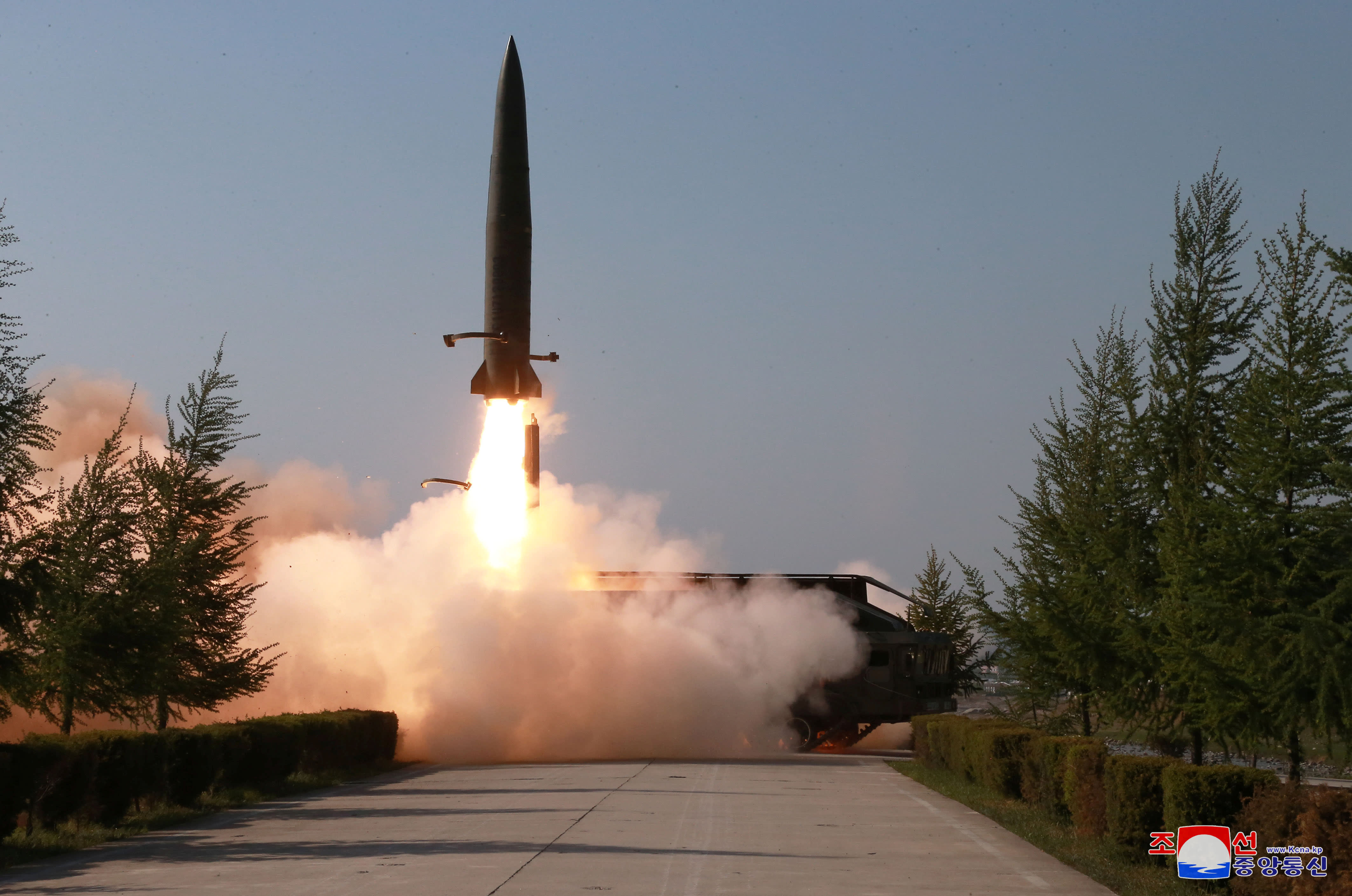 A North Korean missile launch on May 9: Pyongyang tested two more on July 25.   © KCNA via Reuters

TOKYO (Kyodo) -- Japan protested to North Korea on Monday over the launch last week of what Tokyo has identified as short-range ballistic missiles, a government official said.

The protest was made through diplomatic channels in Beijing as the test-firing on Thursday morning violated U.N. Security Council resolutions banning North Korea from the use of ballistic technology, the official said.

Defense Minister Takeshi Iwaya said at a press conference that based on information Japan has collected it has come to a conclusion that they were ballistic missiles, adding that the launch was "extremely regrettable."

Japan's response is in stark contrast to that of the United States, its most important security ally.

Amid stalled nuclear talks with North Korea, U.S. President Donald Trump has downplayed the launch, saying in a telephone interview with Fox News that Pyeongyang has neither "done nuclear testing" nor "tested missiles other than smaller ones."

A similar difference was evident between Tokyo and Washington after North Korea fired short-range ballistic missiles in early May.

On Friday, the North's official Korean Central News Agency reported the test was for a "new-type tactical guided weapon" and it was aimed at sending a "solemn" warning against South Korea's plan to conduct a joint military exercise with the United States next month.

South Korea has said the two, which traveled about 600 kilometers, could be either a new-type KN-23 missile or a modified version.

The two missiles were launched despite North Korean leader Kim Jong Un's surprise meeting with Trump in late June at the inter-Korean truce village of Panmunjeom, during which they agreed to revive denuclearization talks within weeks.