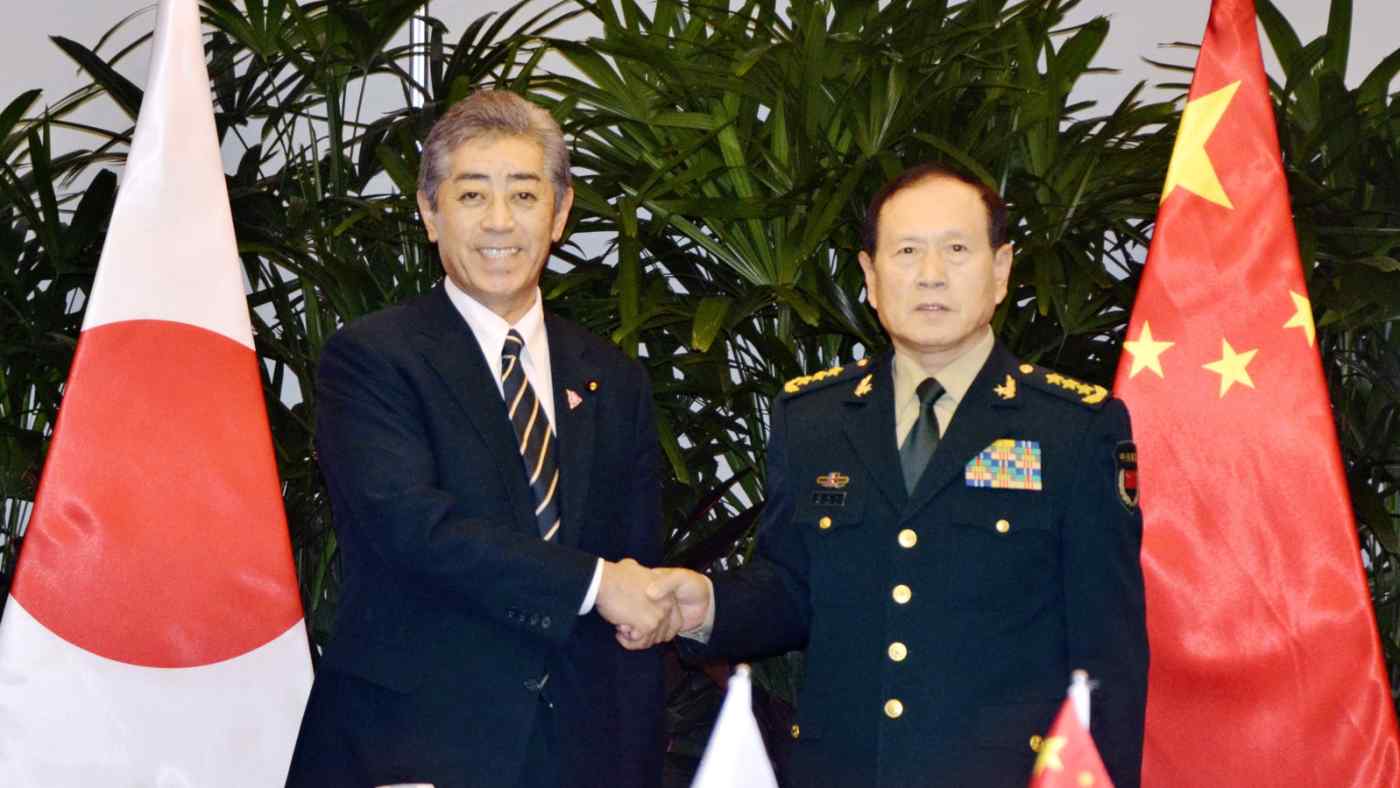 Meeting on the sidelines of a regional gathering of defense ministers in Singapore, Wei said that freedom of navigation by ships sailing in the sea is "not threatened."

It was the first official meeting between defense chiefs of the two Asian countries since November 2015. Coming just days before Japanese Prime Minister Shinzo Abe sets out on a trip to Beijing -- the first official visit by a Japanese leader to China in seven years -- the duo emphasized improving relations between the countries.

Iwaya proposed mutual visits by the heads of the Chinese military and Japan's Self-Defense Forces to strengthen ties. The ministers also promised to hasten the establishment of a direct phone line between the two sides, as part of a mechanism to avoid miscalculations on the sea and in the air. The hotline was agreed to in June, but has yet to materialize.

"I hope the meeting of defense ministers offers an opportunity for the two sides to build mutual trust and deepen mutual understanding, in the lead-up to the prime minister's visit to China," Iwaya told reporters after the 40-minute meeting.