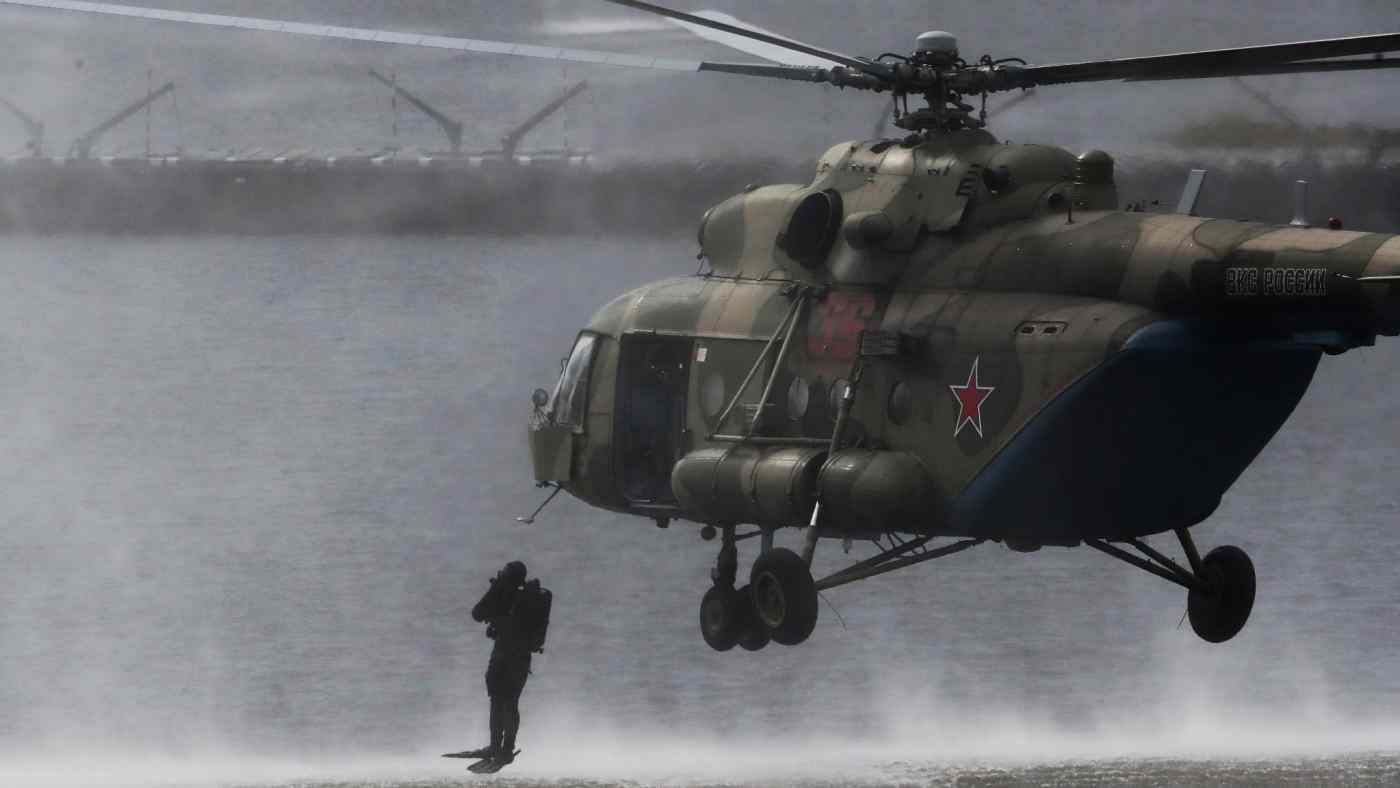 The Mi8 helicopter invaded Japanese airspace near Cape Shiretoko, eastern Hokkaido, at around 12:25 p.m. and the ASDF fighters warned it over the intrusion, the ministry said.

The chopper is believed to have entered Japanese airspace by accident as it flew out of the zone several minutes later without making any provocative actions, the ministry added.

Following the incident, the Japanese government lodged a protest with the Russian government through the Foreign Ministry.

According to the ministry, photos taken from the fighter jets show a yellow helicopter bearing a symbol appearing to be a red cross.

Its appearance suggests that the chopper does not belong to the Russian military. 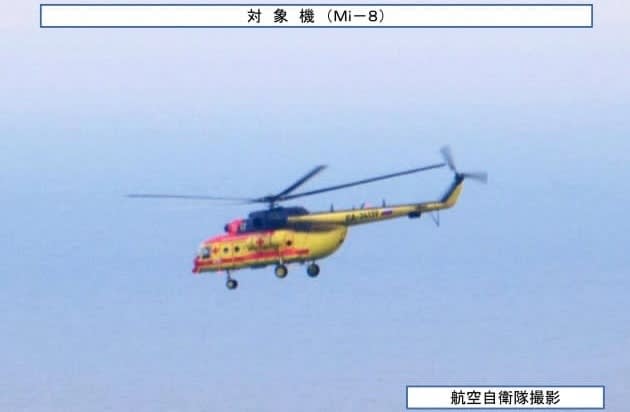 Japan's Defense Ministry provided this photo of what it says was a Russian Mi-8 helicopter that crossed into Japanese airspace on Oct. 2.   © Kyodo