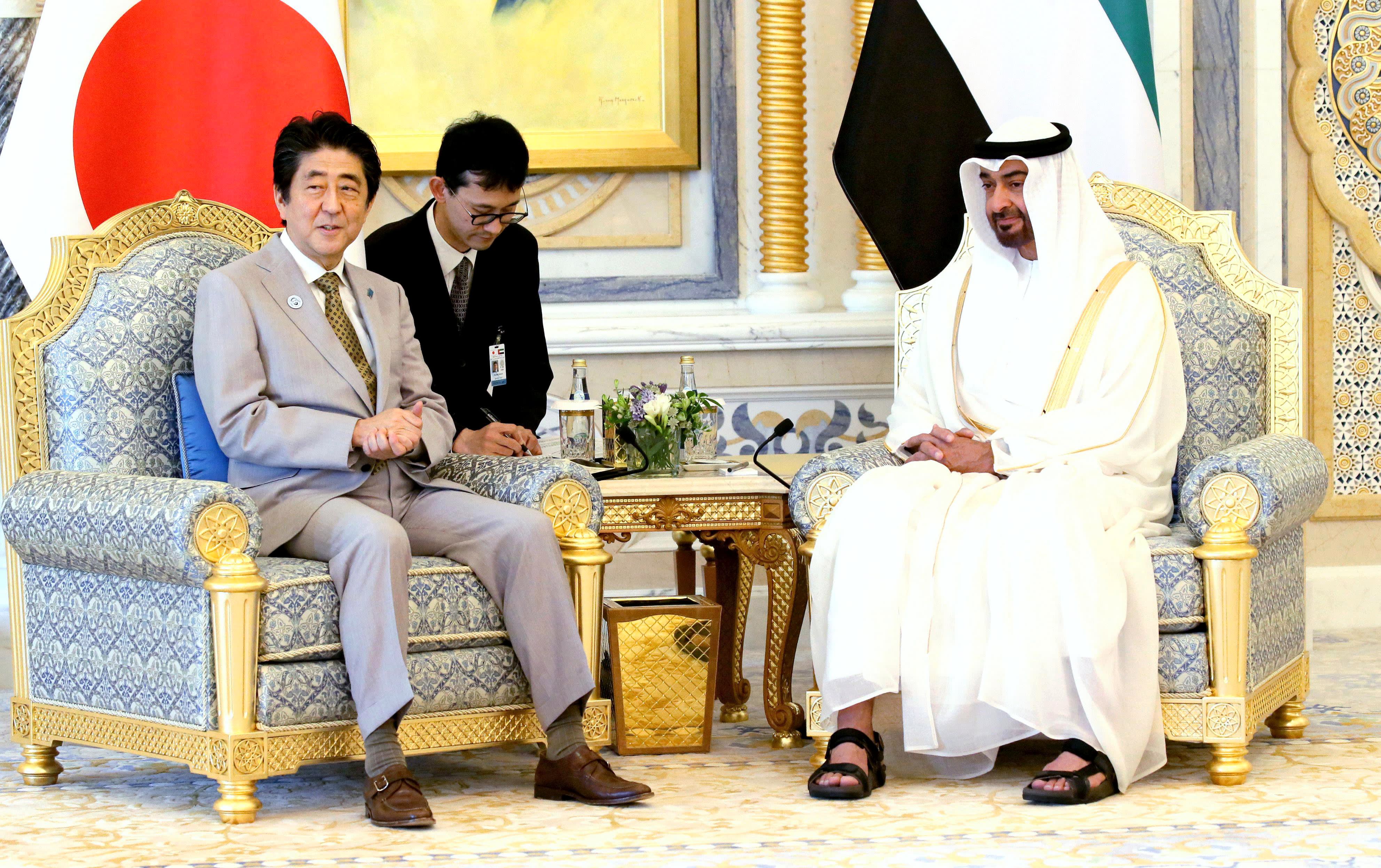 Abe and Sheikh Mohammed, who doubles as deputy supreme commander of the UAE's armed forces, said in a joint statement they intend to cooperate on 12 fronts including security, technology and agriculture. Abe met with the crown prince for roughly an hour -- their fourth meeting in all and first since 2014 -- as part of a Middle Eastern tour.

Abe is on a five-day tour of the Middle East, visiting the UAE, Jordan, Israel and the Palestinian Authority. He will be the first global leader to meet with leaders of both the Israeli and Palestinian sides since Trump declared U.S. recognition of Jerusalem as the capital of Israel.

The Japanese prime minister seeks to play an assisting role to the U.S., sharing some of its financial burdens, so that President Donald Trump can focus his attention on North Korea. Japanese diplomats are worried that if the U.S. is bogged down in the Middle East, it may seek a quick compromise with Pyongyang to focus avoid having to deal with two fronts of diplomacy.

Monday's meeting was an effort by Abe to support the UAE as it builds an industrial structure less dependent on petroleum, as well as deepen relations with a nation from which Japan sources one-quarter of its oil.

Abe expressed gratitude that Japanese company Inpex was able to renew its stake recently in Abu Dhabi offshore oil fields. The Japanese leader voiced hope that the countries would "further strengthen our strategic partnership in a wide range of fields," a sentiment echoed by the crown prince.

Abe and Sheikh Mohammed agreed to cooperate on financial technology, a field in which Japan is working to advance. They also affirmed joint efforts toward this year's planned launch of the Khalifa Sat, an Earth observation satellite. 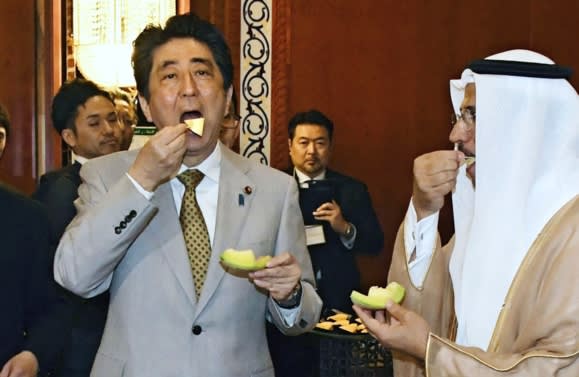 Japanese Prime Minister Shinzo Abe made a pitch for Japanese foods, including fruit, at a business forum in Abu Dhabi on April 30. (Pool photo)   © Kyodo

The countries intend to sign a memo soon that boosts collaboration on defense, including the possibility of cooperating in equipment. The UAE appears to have expressed interest in acquiring the C-2, a transport aircraft used by Japan's Air Self-Defense Force.

Other areas of partnership include agricultural technology, such as for water conservation.

Abe and the crown prince also oversaw the signing of an investment pact to protect each other's companies and the interests of investors in their respective countries. Both sides are hurrying to improve the investment environment. More than 300 Japanese companies operate in the UAE.

Abe also promoted Japanese fruits and other foods at a Monday business meeting, offering melons, tomatoes, strawberries and mangoes to UAE cabinet ministers and saying he hoped to "make Japan's world-renowned food a closer presence" for the country.

About 30 Japanese executives in fields including energy and infrastructure accompanied the prime minister to the meeting. Abe said he hoped the investment accord would strengthen bilateral economic ties.