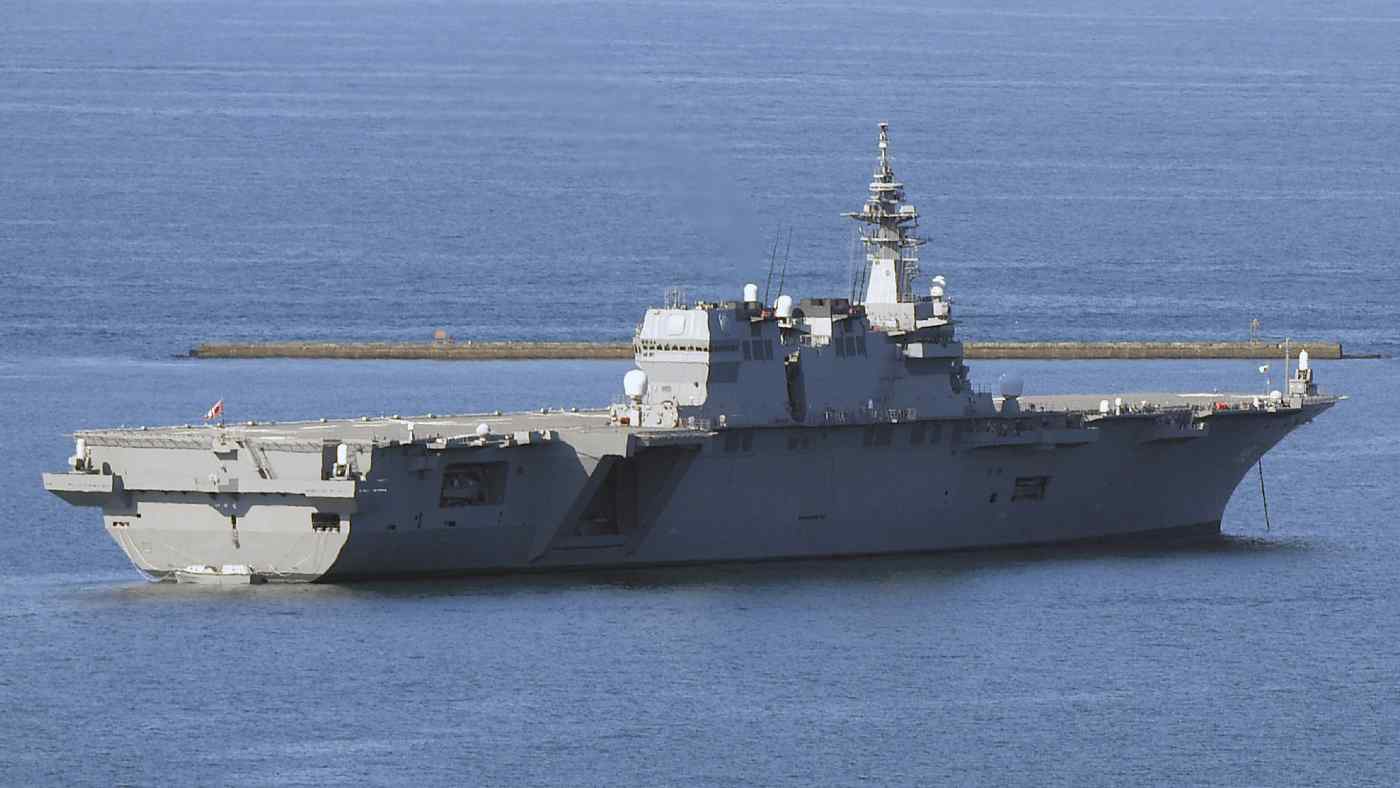 TOKYO -- Japan has sent the largest naval vessel in its fleet to the Indian Ocean as part of Prime Minister Shinzo Abe's "free and open Indo-Pacific" strategy.

The Japan Maritime Self-Defense Force's JS Izumo helicopter carrier and destroyer, widely regarded as Japan's de facto aircraft carrier, left its home port of Yokosuka, in Kanagawa Prefecture, on Tuesday and will be dispatched until July 10.