Tokyo floats a meeting with the new emperor during May trip 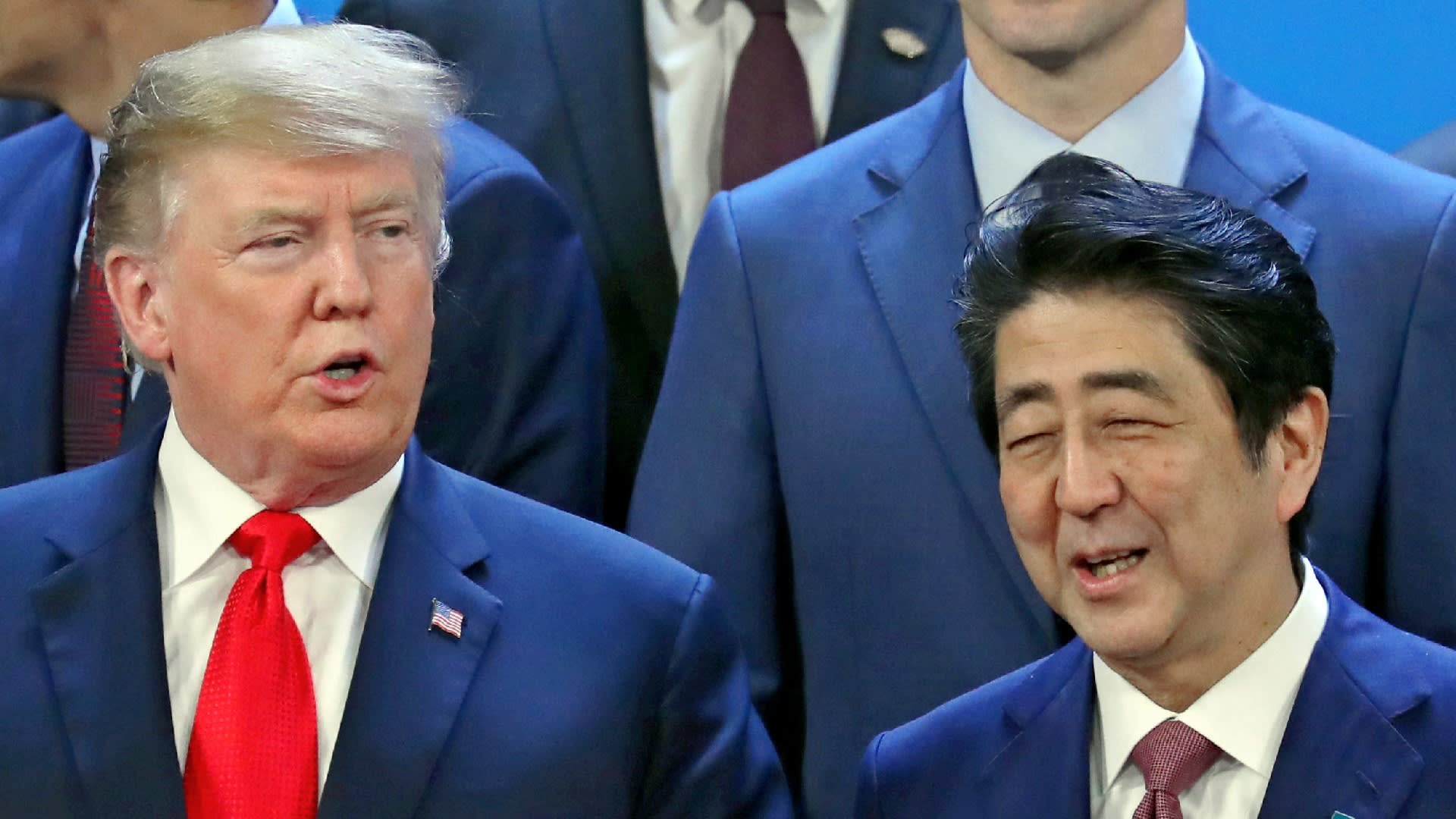 TOKYO -- The Japanese government is eyeing having U.S. President Donald Trump visit as a state guest next May to meet its new emperor before attending June's Group of 20 meetings in Osaka, Nikkei has learned.

Prime Minister Shinzo Abe has approached Trump on several occasions about a May visit, according to a Japanese government source. Trump indicated he is positively inclined toward the idea, describing it as an honor, the source said.

The U.S. president also said Friday before meeting with Abe at the G-20 summit in Argentina that he would attend a "tremendous event" regarding the Japanese emperor, adding that he was "very honored to be invited."

Visiting twice in just two months would make for an unusually rapid return for a U.S. president. Moreover, a full state reception would include a banquet at the Imperial Palace and a visit by the emperor to Trump's lodgings to bid farewell as the president leaves Tokyo. With the new emperor set to ascend the throne on May 1, Trump would be one of the first foreign leaders to meet him.

Yet such a move risks raising concerns that the emperor is being used for political purposes.

Abe's effort to invite Trump next May comes at a time when Japan and the U.S. prepare to enter bilateral trade talks in January. With the American president determined to reduce the trade deficit with Tokyo, and hefty auto tariffs awaiting if talks fall through, the Japanese leader wants to create a friendly atmosphere ahead of negotiations.

The Japanese and American governments are set to enter concrete negotiations soon. If scheduling a May visit seems difficult, Trump may attach an official visit to his June trip for the Osaka G-20.

Japan typically receives just two to three state guests per year. Chinese President Xi Jinping is scheduled to visit Japan for the Osaka G-20, and the Chinese are said to be pushing for Xi to be received as a state guest. Some in the Japanese government have expressed concern that Washington and Beijing could be competing over who gets to meet the new emperor first.

Crown Prince Naruhito is set to ascend the throne a day after his father Akihito steps down, with a formal enthronement ceremony to follow on Oct. 22. A number of world leaders have expressed a desire to meet with the incoming emperor ahead of the October ceremony.

Akihito, who took the throne in January 1989 after the death of Emperor Hirohito, met with a number of world leaders who attended Hirohito's funeral the following month. Those leaders were not received as state guests. That October, Robert Mugabe, then president of Zimbabwe, became Japan's first state guest of the new Imperial era.

Japan's Imperial diplomacy tends to focus on meeting royal figures from other countries, with foreign monarchs making up many state guests. Such affairs are generally kept separate from the government's diplomatic relations.