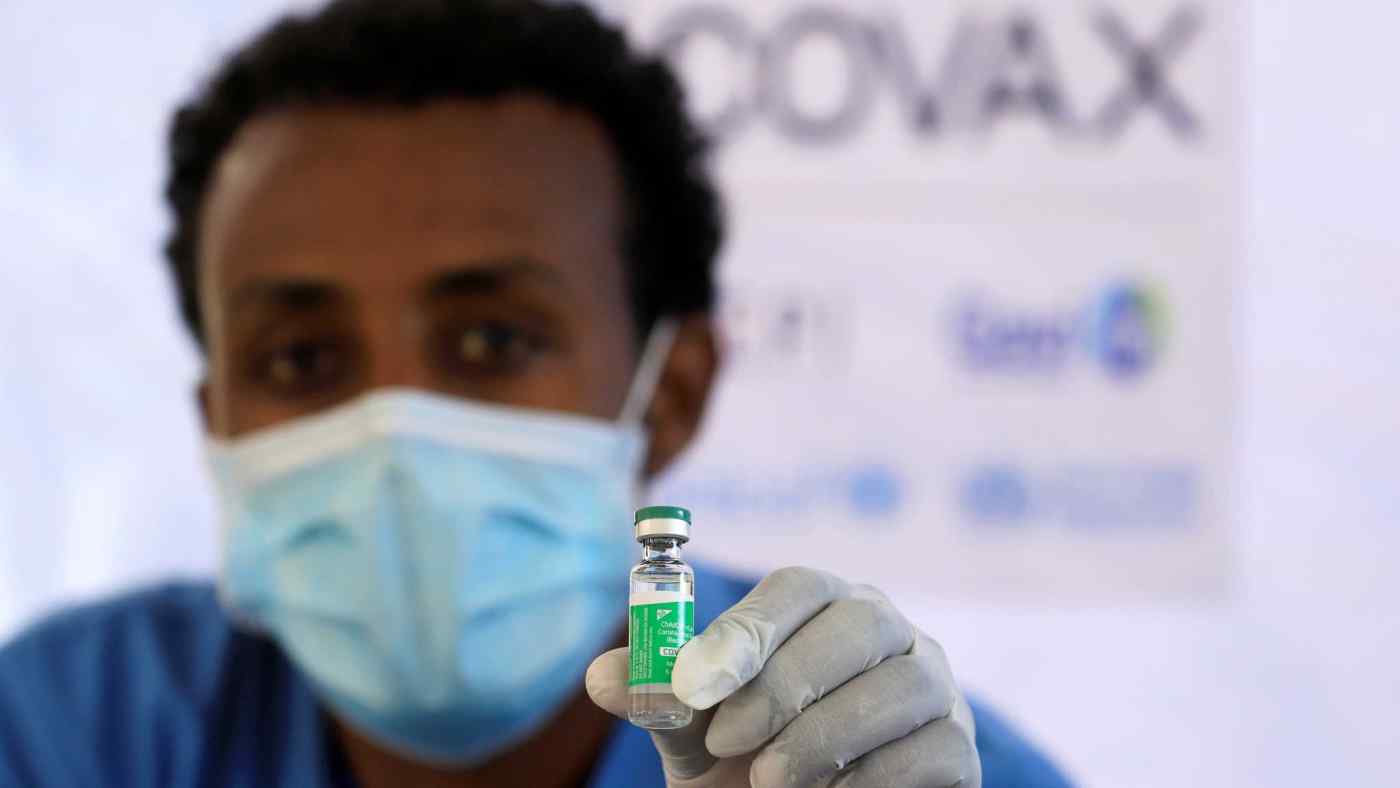 TOKYO -- Japan, the U.S. and European nations will take part in an online summit in June to discuss expanding aid for free coronavirus vaccine supplies to developing countries, Nikkei has learned.

Officials from Japan, the U.S. and other countries held a preparatory meeting Thursday, with Japanese Foreign Minister Toshimitsu Motegi telling them in a video message that Tokyo "will continue to contribute as much as possible" to the effort.

Japan will co-host the June meeting of heads of government and ministers with the Gavi vaccine alliance.

On the agenda will be increasing monetary contributions for the COVAX Facility, which pools coronavirus vaccines and distributes them with a goal of providing fair access. About 90 middle- and low-income countries are to receive these supplies.

Launched last fall, the COVAX Facility now draws contributions from 31 countries and territories. The U.S. announced its intention to participate in January, after Biden took office as president.

The contributions are used to buy vaccines from developers. Donor countries have been urged to give more as the COVAX Facility faces a roughly $2 billion funding shortfall for 2021.

In terms of COVAX funding commitments, the U.S. leads with $2.5 billion, followed by Germany with $1.1 billion and the U.K. with $735 million. Japan ranks fifth with $200 million.

China and Russia are undertaking their own aid for developing countries with homegrown coronavirus vaccines.